20 Of the Best Romance Movies on Hulu 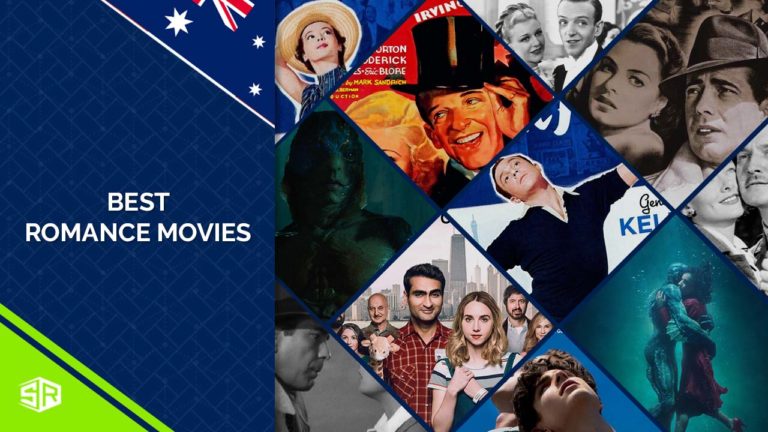 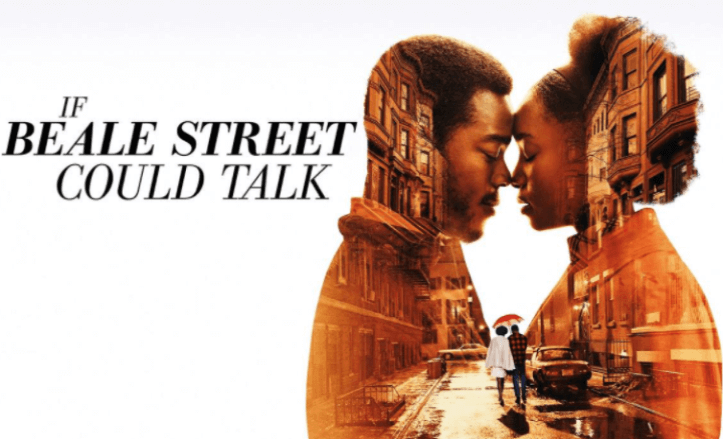 Kiki Layne, who plays Tish, shines in this movie based in the 70s Harlem. Tish is a wife-to-be, but she vividly recalls the romance connected to her fiancé, Alonzo Hunt. The two have been friends since childhood and always knew that they would end up together, somehow. However, their plans are brought to a halt when Alonzo, who goes by the nickname Fonny, is arrested for a crime he didn’t commit. This film vividly captures the complications and depth of intimacy among its black characters to perfection. 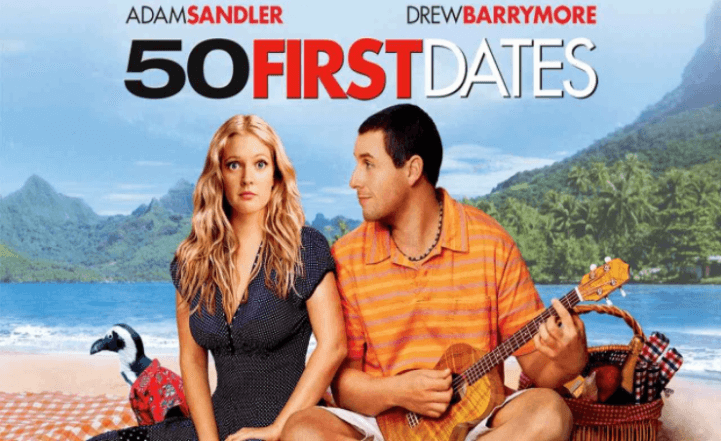 What’s the first thing that comes to mind when you spot a movie with Adam Sandler and Rob Schneider? If you guessed crude sexual humor, then you’re right. This movie is about a playboy vet Henry (Adam Sandler), who tries to get a girl with a short-term memory loss to love him. She can’t recall anything that happened a day before, and Henry has to romance her repeatedly. Things get tricky because her family is quite protective of her, and he has to prove that he’s in it for a love story. You won’t go wrong with this film if you’re looking for a romance movie on Hulu with lots of fun. 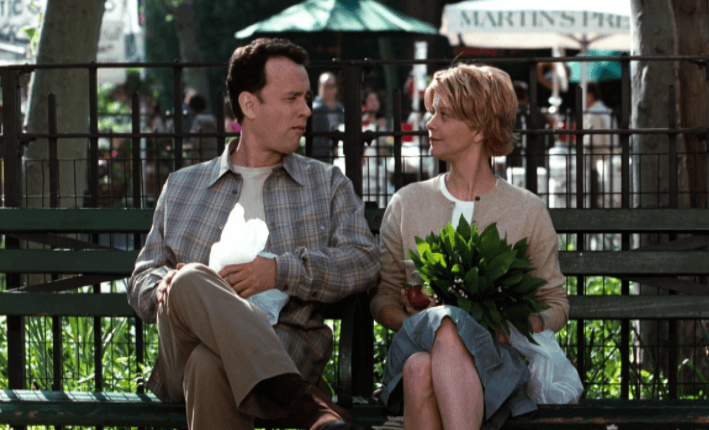 This is one of the best romance movies on Hulu because of the chemistry shown by the leads. This movie answers the question, what would happen if you don’t like someone in real life but love that person online? You’ve Got Mail is about two business rivals who have a brewing but anonymous internet romance going on. This movie is a love story that you’ll remember for a long time. It is one of the best romantic movies on Hulu right now. 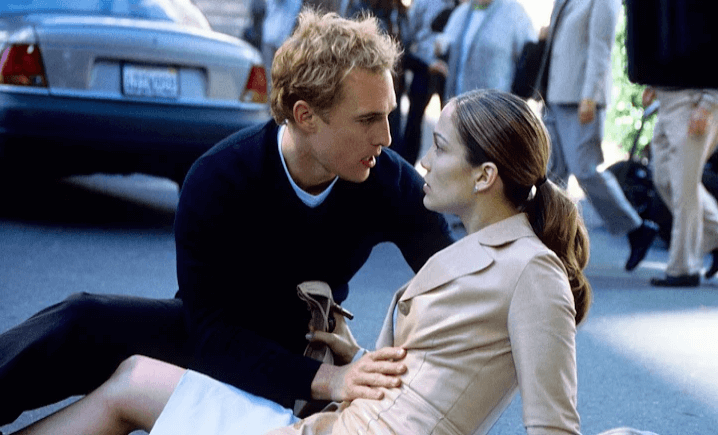 The Wedding Planner centers on Mary (Jennifer Lopez), a wedding planner rescued from a fatal collision by Steve (Matthew McConaughey), a handsome pediatrician. The two spend the evening together, and Mary finally thinks she’s found a reason to believe in love. But she doesn’t have a clue that her quest for love and her career are about to collide head on. Jennifer Lopez stars in this film, and you should watch it on Hulu to see her in her actual element. 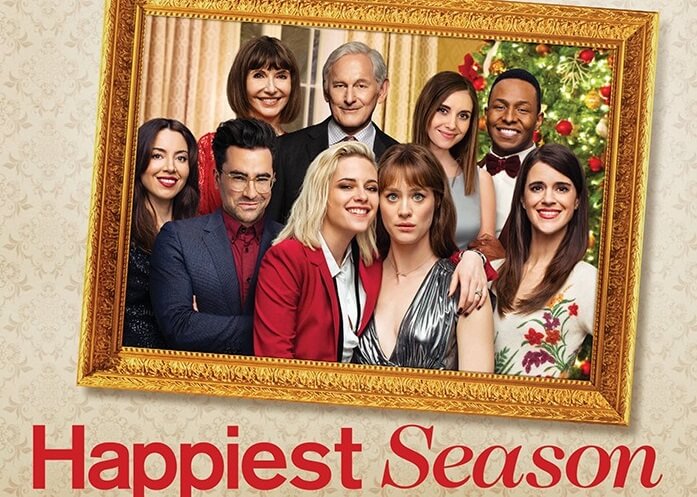 A romantic comedies movies for the holidays, Happiest Season, presents viewers with a jolly good time and powerful performances from the lead characters. The story is about a lesbian couple, Abby and Harper, who are about to go for the Christmas holidays to the latter’s home. But Harper hasn’t come out as a lesbian to her folks, leaving them clueless about who Abby is in her life. The happiest Season is not only funny, but its execution by the director is almost flawless. 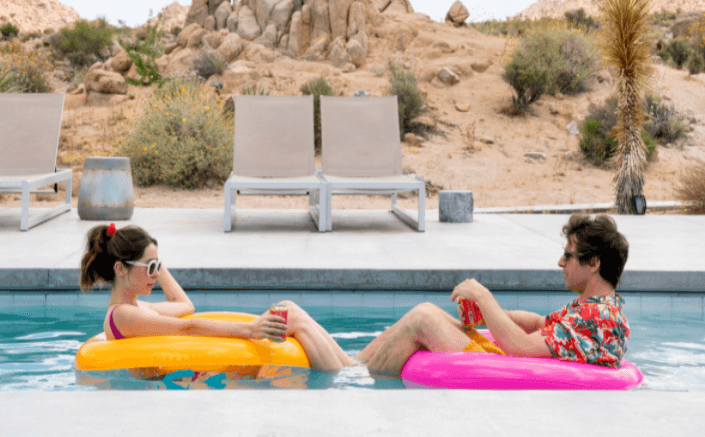 The story is about two wedding guests who fall for each other while living the same day repeatedly. As much as the concept of being stuck in a time loop is not unique, the director, Max Barbakow does a great job of presenting a new way of looking at this familiar format. Not only does this movie portray an assured direction, but it has convincing performances to make a romantic comedy that’s easy to fall in love with. 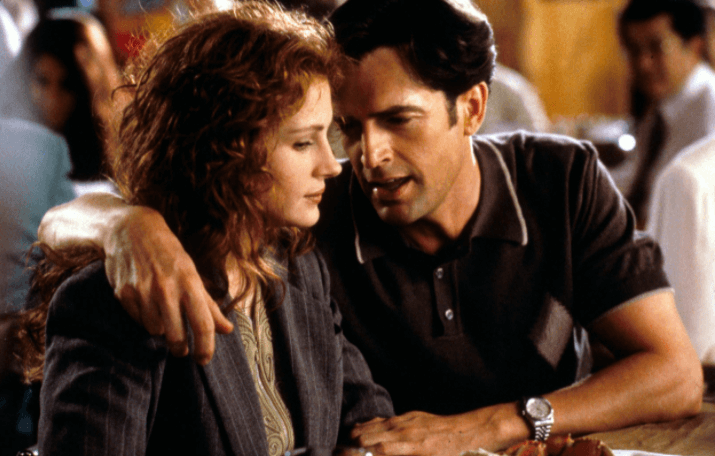 If you’re looking for a refreshingly entertaining romantic comedy, then you should watch this movie. It’s about childhood friends Julianne (Julia Roberts) and Michael (Dermot Mulroney). They made a deal to marry each other if they were single by age 28. Michael reveals that he’s about to marry a 20-year-old girl, four days to Julianne’s 28th birthday. She vows to stop the big fat greek wedding, but things get complicated as she’s appointed maid of honor. 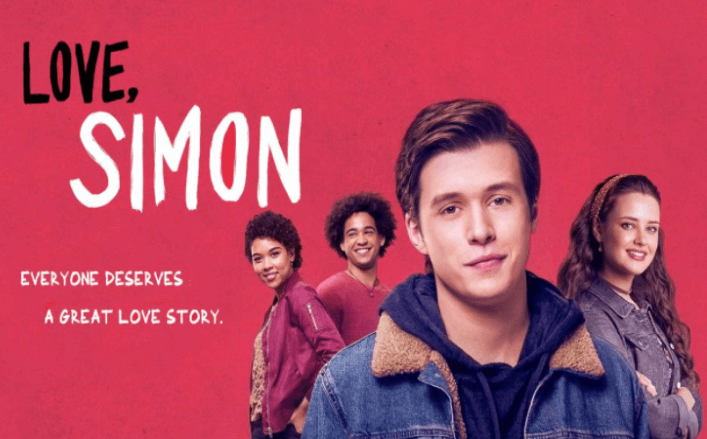 Another online love story, but this time it’s about a 17-year-old boy, Simon Spier. Simon is gay, but he hasn’t come out to his friends and family. Simon has fallen for an anonymous classmate online and doesn’t know what to do, making things more complicated. Resolving these issues proves terrifying, life-changing, and hilarious. This movie is not only sweet and moving, but it offers a fresh take of a high schooler trying to fit in. It is one of the best romantic movies on right now. 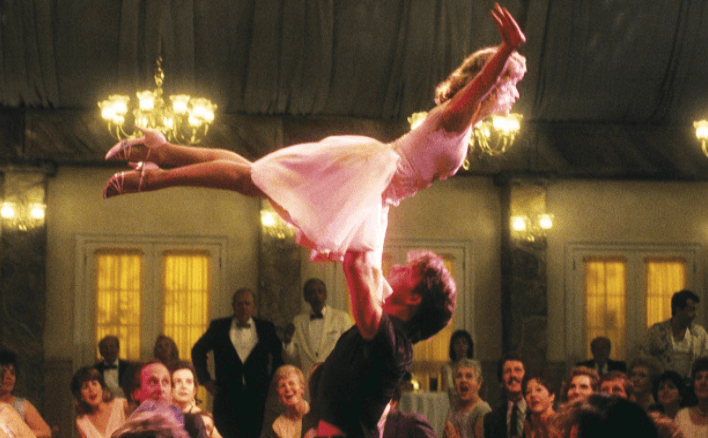 This is a story of a young women, Baby (Jennifer Grey), who comes alive when a dancer named Johnny (Patrick Swayze) enlists her as his partner. The two fall in love, but Baby’s father is against their newfound relationship. However, Baby is determined to help him perform the last dance of the summer. This movie starts off as just any other summer movie but conveys a powerful morality tale by the end. The movie is great to make your romantic night. 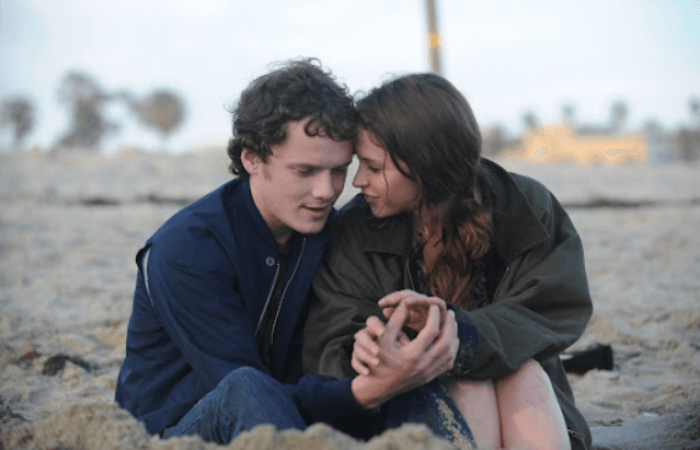 Like Crazy tells the story of Jacob, an American, and Anna, a Londoner, who happens to fall in love while in college. But the two are separated after Anna violates the terms of her visa and is sent back to England. They soon find out how hard it is to maintain a long-distance relationship. Still, the two are determined to stay together, no matter what life throws at them. Felicity Jones gives one of her best performances in this film to keep viewers engaged. 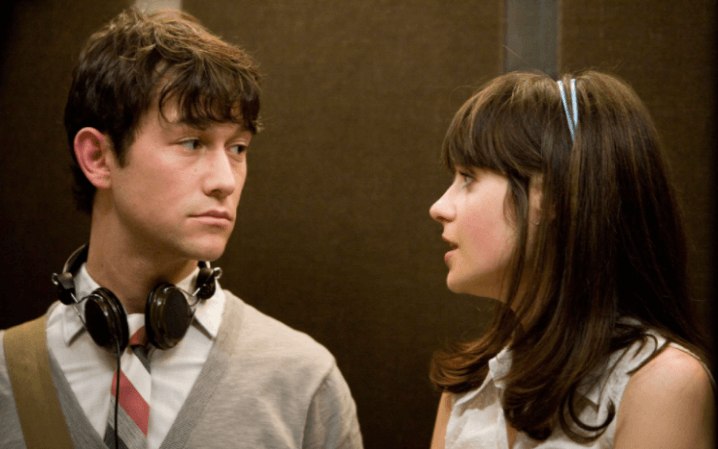 500 Days of Summer is an utterly charming and honest romantic comedy that will feel good rom com and lift your spirits up. John is a greeting card writer and a hopeless romantic. His girlfriend surprises him when she suddenly dumps him, and he’s left trying to figure out when and how things went wrong. It’s during his rediscovery process that John figures out his genuine passions in life. This movie is pure joy and a description of love, an unpredictable and immensely satisfying experience. 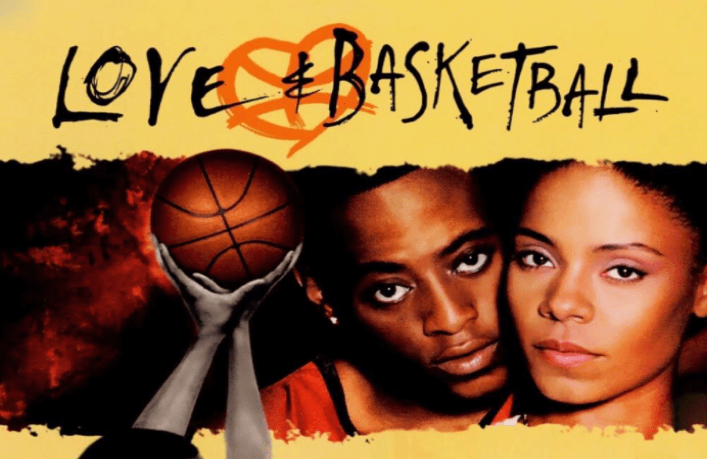 Love and Basketball is a story about young athletes Monica (Sanaa Lathan) and Quincy (Omar Epps). They dream of becoming professional basketball players. Quincy wants to follow in his father’s footsteps, a professional basketball player for the L.A. Clippers. Still, Monica has to follow her hunger and emotions to get to the top. They fall for each other, but their alternate paths to stardom threaten their love. This movie is about love, friendship, competitiveness, and gender identity and is a satisfying watch. 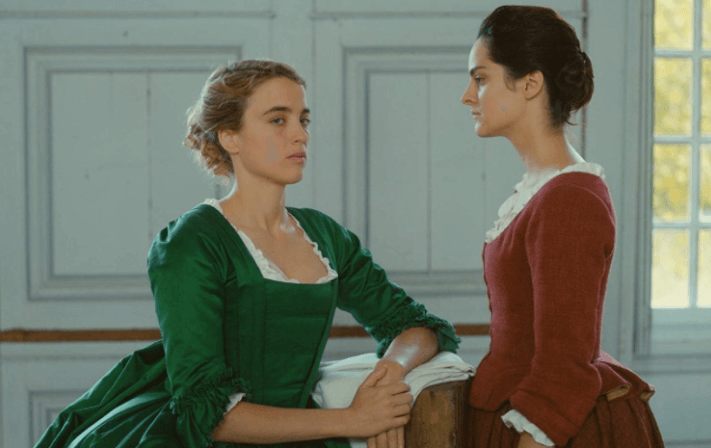 A beautiful story of the young daughter of the French countess who develops feelings for the female artist hired to paint her wedding portrait. This is a thought-provoking drama with a powerfully acted and directed romance that will linger in your mind for a long time. Portrait of a Lady on Fire has so many great acting moments, and you should watch it on Hulu to choose your favorite. 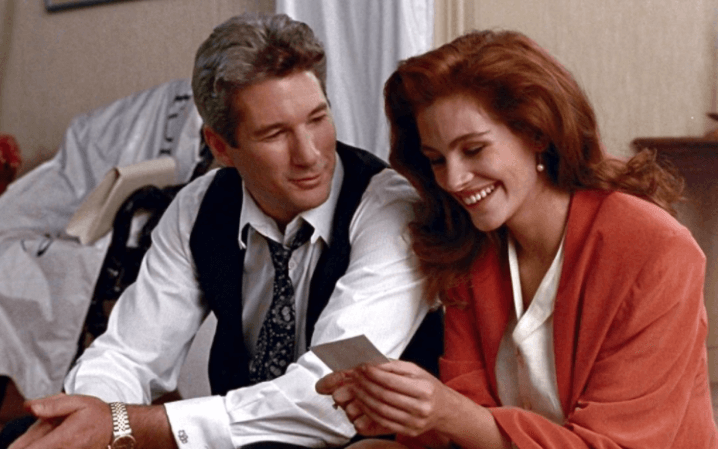 A modern update on Cinderella where a prostitute and a businessman unexpectedly fall in love. Edward (Richard Gere) picks up a hooker, Vivian (Julia Roberts), while traveling to Los Angeles. He just wants to stay with her over the weekend, but they get closer and fall for one another. Now they have to figure out how they’re going to make their love work. This film features slick comedy, a catchy soundtrack, and a great cast to overcome its apparent misgivings. 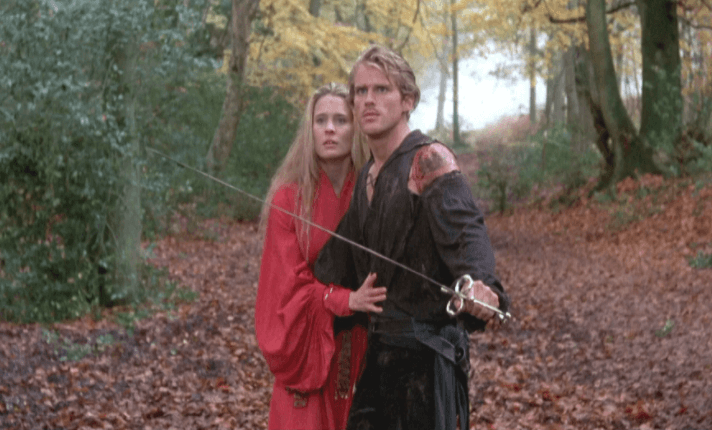 This film features an intelligent mix of swashbuckling comedy and romance that takes the typical damsel in distress theme and makes it fresh. The Princess Bride is based on the William Goldman novel by the same name and is about a gorgeous young lady and her true love. He must find her and the two battle evils from the mythical kingdom of Florin so they can live happily ever after. This enchanting fantasy is not only thrilling but funny and is one of the best romance movies on Hulu. 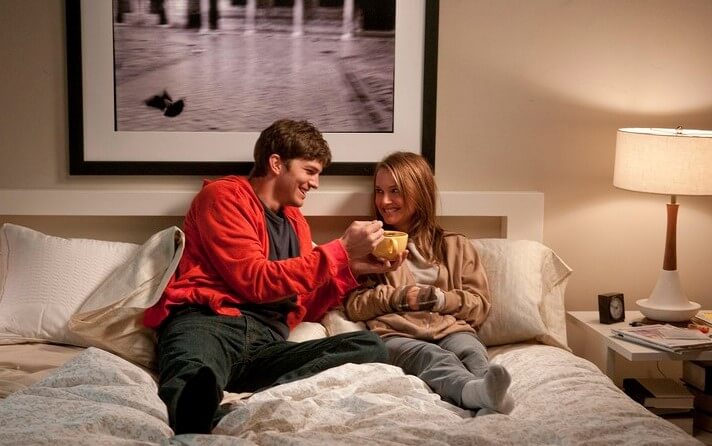 What would happen when lifelong friends have sex? Not falling in love, according to Emma (Natalie Portman) and Adam (Ashton Kutcher). The two agree to keep things purely physical with no jealousy, fighting, or expectations. They claim they’re only in it for fun, but the question then becomes, who will fall in love first? No Strings Attached has an exciting storyline that breathes new life into the romantic comedy genre and is one of the best romance movies on Hulu right now. 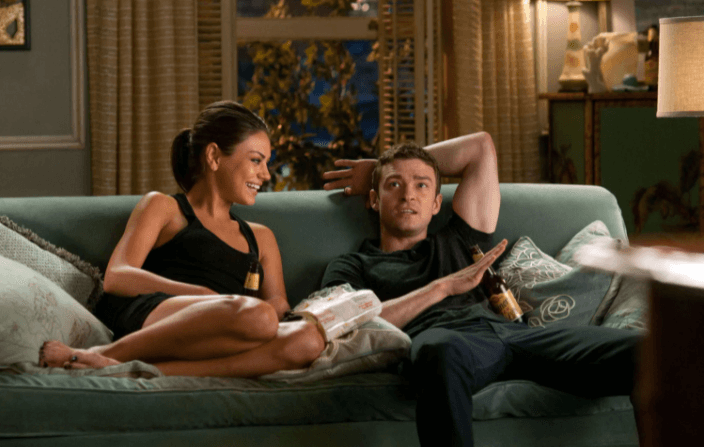 Gorgeous woman Jamie (Mila Kunis), who works in New York, entices Dylan (Justin Timberlake) to take a job at G.Q. Magazine, also in N.Y. The two realize they have a lot in common and become good friends. They decide to quit looking for genuine love because of past unpleasant experiences and only focus on having fun. But they get intimate, which complicates their relationship. Friends With Benefits has an obvious plot, but the leads’ chemistry is enough to carry the movie. It is one of the best romantic feeling movies on right now. 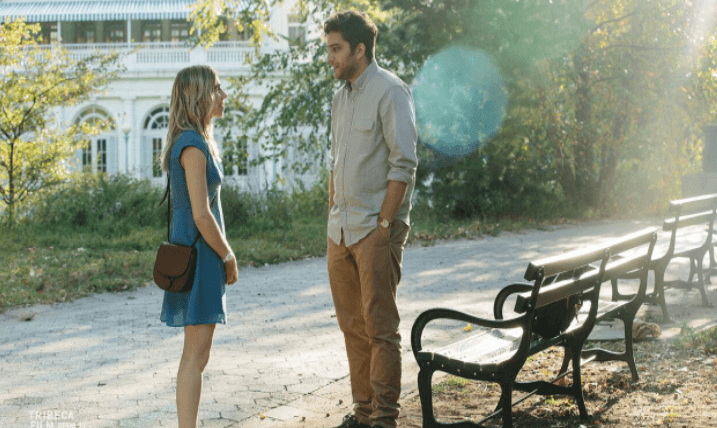 Imagine what would happen after spending a few years abroad, hoping to come back for a fresh start only to live next to your ex-boyfriend? That’s precisely what happens to Diana, who has to go through the awkward reunion. However, she claims she wants nothing more than a genuine friendship, but things don’t go as planned. Watch as Zosia Mamet produces a performance for the ages and carries the film with immense charm making date night perfect. 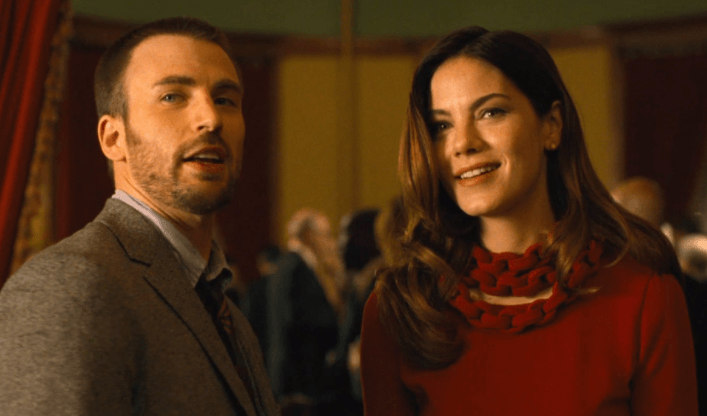 An award-winning movie.A love-struck and struggling screenwriter, played by Chris Evans, gets into a nonsexual relationship with a lady (Michelle Monaghan) who’s already engaged. The most surprising thing about this movie is that every other character is given a name, apart from the two leads, which is surprising. Play It Cool features an adorable cast, but we’ll leave it to you to decide whether this rom-com without the romance is a hit or a miss.It is one of the best romantic movies on right now. 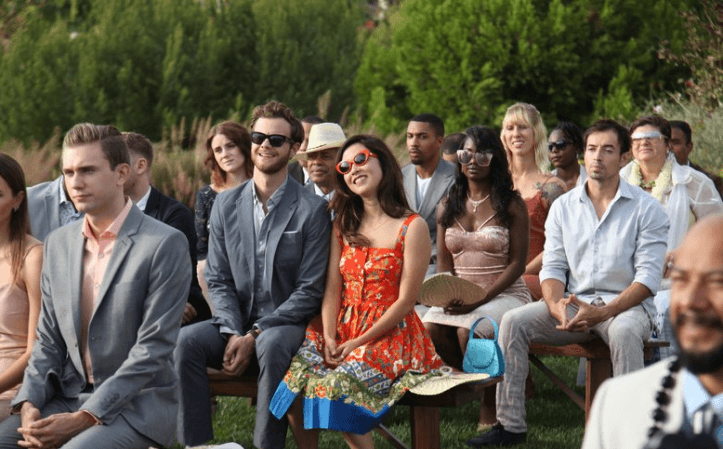 Plus One is one of the best romance movies on Hulu with well-matched lead actors and a storyline that embraces and transcends genre cliches. It’s about two long-term friends who agree to be each other’s plus one at every wedding they’re invited to. This rom-com has an intelligent script. Even though it’s somewhat predictable, the dialogue and the execution by the cast make it an exciting watch.