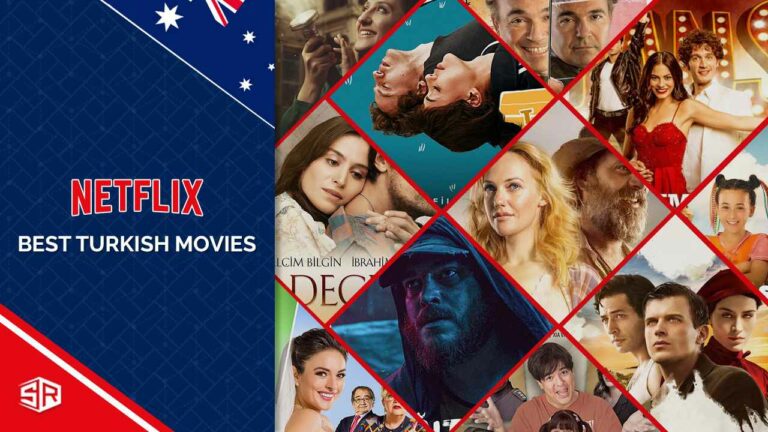 In this article, you’ll get a list of the top Turkish Movies on Netflix in Australia if you’re looking best movies on Netflix with international contexts. There are many different genres to pick from since we have included some of the finest Turkish dramas, love stories, and comedies!

Turkish television shows and films have become a unique alternative to popular culture. Their tales are fascinating and entertaining. The top 20 Turkish movies on Netflix in Australia are listed below. 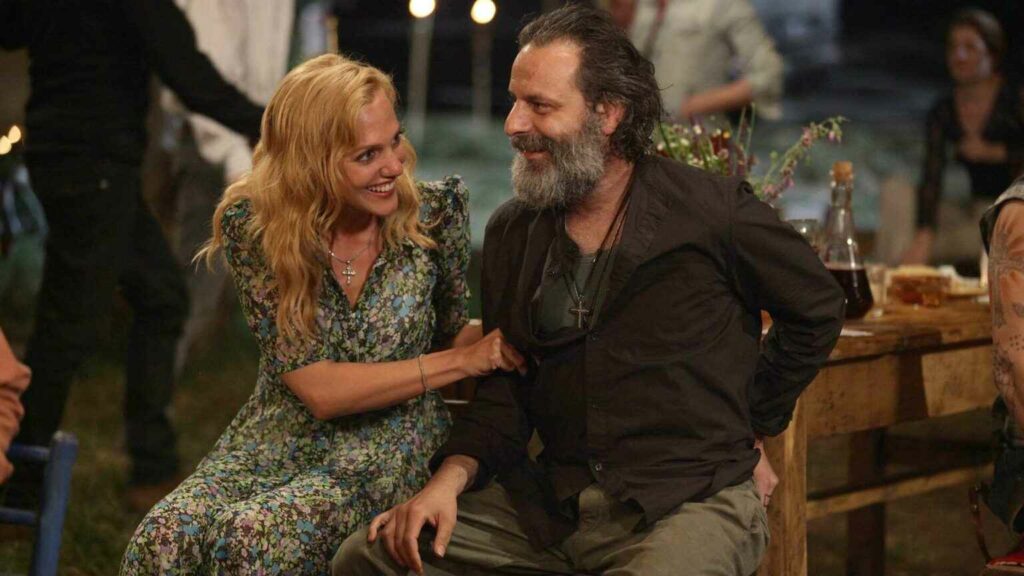 This heartbreaking and tense drama is based in Bosnia and examines the lingering effects of the Bosnian War. The movie’s subject is the struggle of a young guy named Salih to locate his unknowing family.

His voyage uncovers startling details about what transpired during the conflict and how some war criminals managed to escape punishment while their victims were forced to suffer terrible repercussions.

The aim of My Mother’s Wound is to bring to light the horrors of a now-forgotten tragedy. 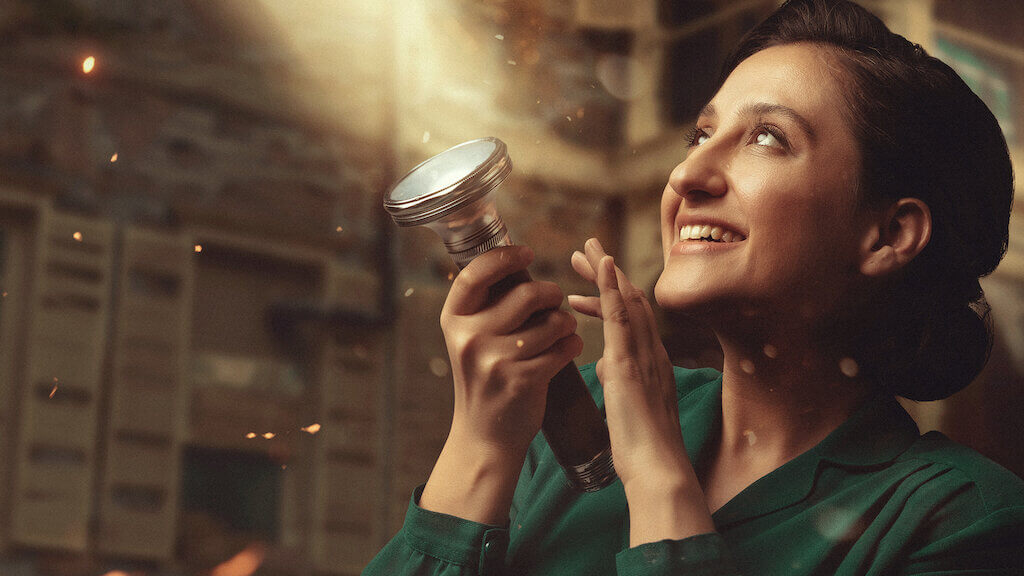 “Have You Ever Seen Fireflies?” argues that fireflies are not just some bugs that appear in the garden at night; rather, they are magical beings that not everyone can see.

It is based on a 1999 stage play. It is a heightened-reality film that deviates between “magical realism” and “gritty docudrama” and doesn’t exactly follow the world’s acknowledged physical rules.

And to be honest, contextualizing it outside the scope of what we consider human conduct could make a lot more sense. This movie specifically teaches viewers about affection. The two main characters provided peace and a change of perspective to the inmates and the cops, proving once again that love triumphs over all other factors.

It’s endearing how each performer did a good job, especially the young lady and the mentally unstable father.

It’s a touching tale with a twist that will surprise and delight Netflix watchers. One of the best Turkish movies on Netflix in Australia. Aziz, who is approaching middle age, is dissatisfied with his situation in life. He has worked at his current job for years, but he dislikes it since it causes him to drift further from his goals.

His sister and her family moved into his home after his brother-in-law went bankrupt, so he cannot even find tranquility there. Caner, his mischievous nephew, makes life miserable for Aziz since all he wants is to unwind.

Aziz has a deep-seated sense that, after four years, his relationship with his lover Burcu is over. Every single day, his desire for seclusion and alone time becomes stronger. 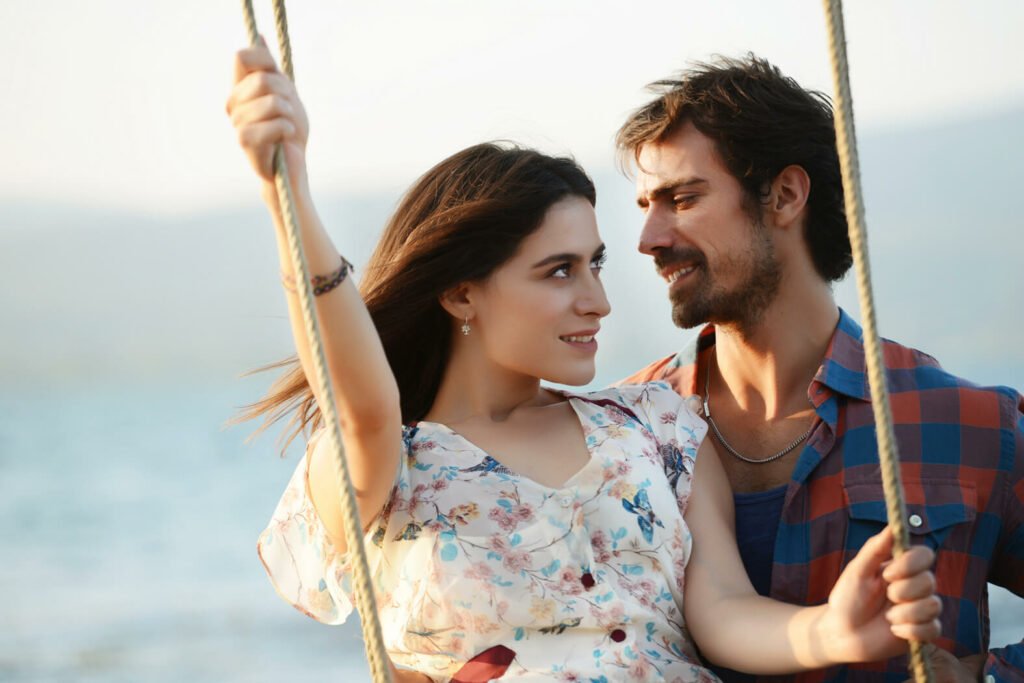 Only You is an excellent illustration of gritty, romantic filmmaking in general, as well as Turkish movies on Netflix in Australia. A romance starts when a former boxer troubled by a terrible and sinister background falls for a blind girl.

It’s a more recent version of the venerable Korean film Always. Whether or not seen by lovers, it is one of the most delightfully unexpected stories and is quite moving.

Anyone looking for exciting, tense videos on the dark side of love must watch it. You can easily change the Netflix region and watch this movie on American Netflix. Based on the best-selling book Kocan Kadar Konus, a lady who prefers real love over anything else—even marriage—has to contend with opposition from her family and the wider community.

Since she has never been in a relationship, she must learn certain womanly virtues to pursue her happily ever after.

It’s a crazy movie that deals with culture and the state of Turkey today while ensuring that everyone will laugh a lot while watching, and you can also watch other kids’ movies on Netflix too. 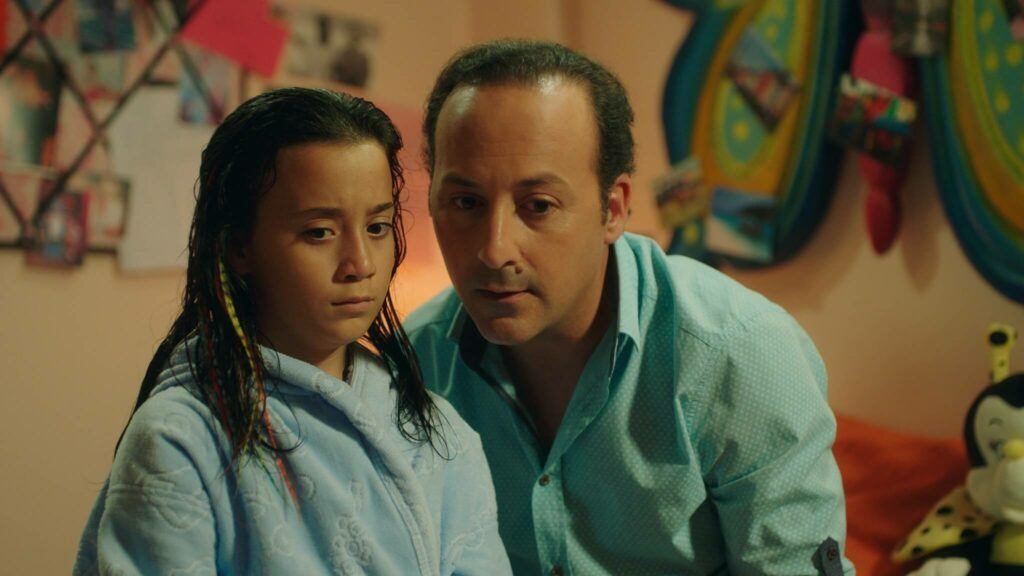 The central character of this film is a commitment-phobic man who suddenly discovers that he is a father when the mother leaves her child on his doorstep.

One of the amazing Turkish movies on Netflix in Australia includes Mert Frat and Kvanç Tatltu, the characters of two poets who passed away at young years.

These two young poets with tuberculosis try to survive in a small Turkish village by selling their songs. Their lives could never be comparable as the two of them fall hopelessly in love.

This movie is well worth your time. Grab a bottle or two of wine. Bring some tissues along as you see one of the greatest movies ever made. Children who are abandoned by their parents and forced to fend for themselves on the streets are depicted in this movie as being emotionally and cognitively disturbed. The traumatic experiences of their youth have plagued them as worries throughout their lives despite having no in capabilities.

Additionally, the reality of the thousands of youngsters like this who must endure this terrible experience worldwide.

A fantastic movie that uses the main character, a manager of a recycling facility, to reveal a hidden aspect of contemporary Turkey. turkish movies on Netflix in Australia are great to watch. 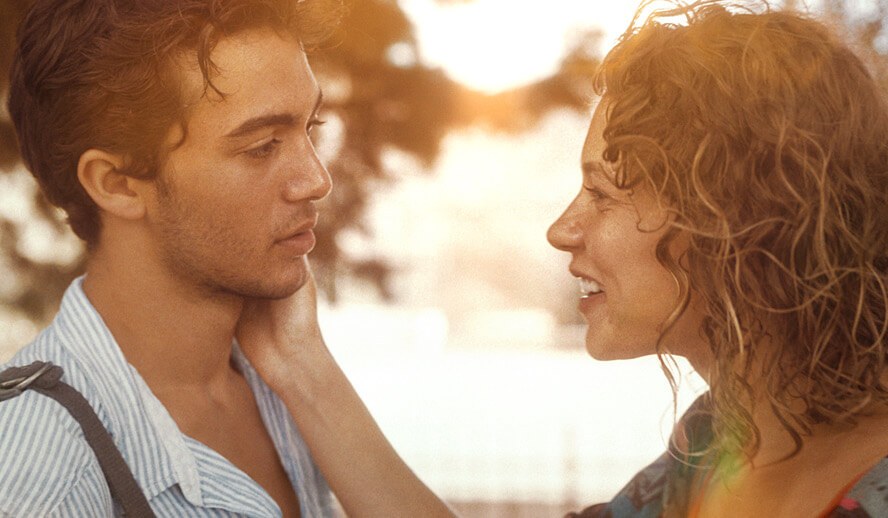 In the historical drama and romance movie Last Summer, Deniz, a 16-year-old, follows up on his boyhood passion.

A teenage lad spends the summer at a family house on the shore and immediately falls in love with his sister’s closest friend. A love triangle quickly forms, adding a lot of angsty intensity to the movie.

But a terrible secret alters the mood for a depressing and unexpected turn. This calm movie has a way of pouncing on its audience and is a sun-drenched and lovely feel to it.

You might also be interested in the Japanese movies on Netflix, and to watch these you will need to know about the Japanese Netflix price and plans. One-Way to Tomorrow is a Turkish rom-com that excels in character development but falls short in the direction department.

However, the narrative is actually rather excellent, and there’s a great turn that occurs around midway through that will almost surely surprise you. It is about Ali and Layla, two strangers who wind up traveling together on a train for ten hours.

Despite the fact that Ali is helping her out, Layla rejects his advances toward discussion. The dialogue starts as Layla feels pressured by the original conflict to make a point. This movie is about an ambitious doctor who shows much interest in the woman’s attempts to use dancing to move forward in life as she is healing from a failed suicide attempt.

If you like some movies full of thrillers and suspense this is definitely for you because it contains suicide, crime, mystery, and thriller. You should watch this movie with your best buddy and we hope you will love this movie. 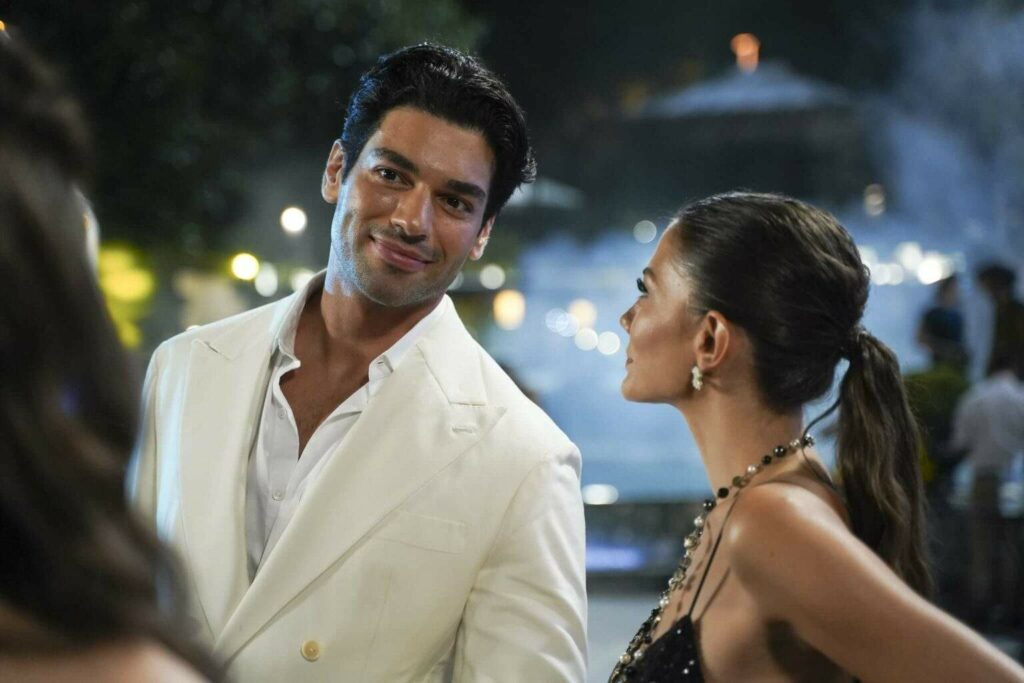 In addition to being dull and predictable, Love Tactics is also exceedingly shallow and, at its worst, devalues the morals of its lead actress, Asli.

The main characters of the film, fashion designer and blogger Asli and hotshot advertising executive Kerem, both think they are experts on love.

Asli creates her own blog entries where she describes how boring and terrible some guys can be and imparts advice on how to avoid these cliches and succeed as strong, independent women. 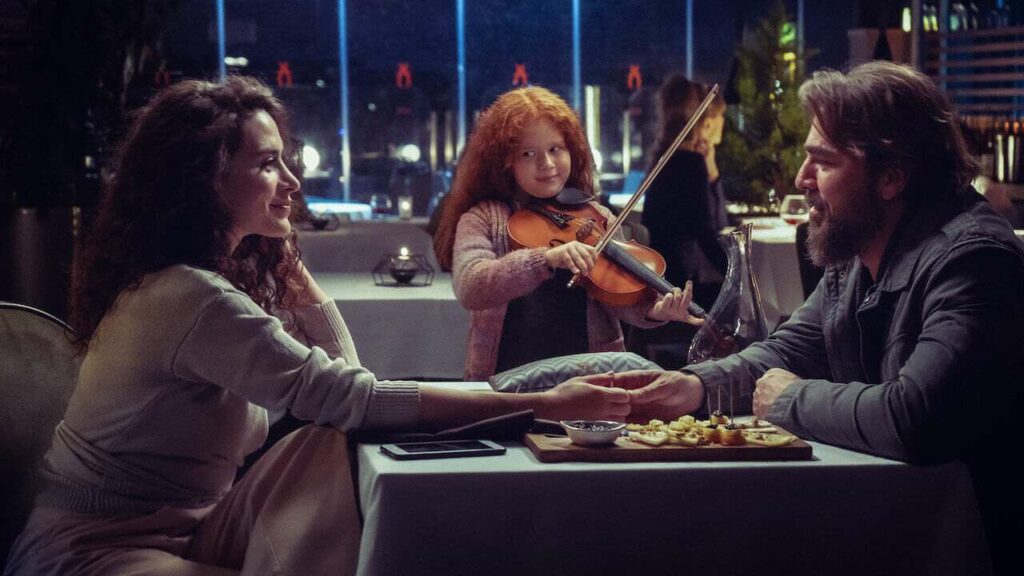 The protagonist of My Father’s Violin is eight-year-old Ozlem, who lives with her father in Europe. She travels with her father and his band as they perform on the streets and make a livelihood in different sections of the city.

However, when Ozlem’s father learns he is dying, things get challenging. When the bandmates learn that Ozlem does have an uncle who can take care of her after he passes away, they turn her over to Child Protective Services.

The narrative then follows the relationship between Mehmet, a famous musician, and Ozlem, his niece. Sedat, a police officer, raids a vacant flat where a young couple has set up camp. The young woman, Ayse, escapes while the father is slain.

Ayse is forced to take the money and a car from her father and leave town like a bandit when her friends and family are unable to assist her. The pursuit enters a remote wilderness. Sedat is after her and intends to assassinate her in the name of honor with the help of three men he has enlisted.

Av: The Hunt, which begins in the suburbs of Anatolia and travels to breathtaking natural settings, tells the story of a young lady who is drawn into a spiral of violence while seeking to flee the patriarchal culture she lives in. The opening sequence of Dabbe 5: Curse of the Jinn shows a lady giving birth in what appears to be a cave, only to have the child snatched away from her and sacrificed in some sort of rite.

We next proceed to Dilek and Omer’s house (Nil Günal and Ümit Bülent Dinçer, respectively). Dilek starts having nightmares in the days before her birthday. Some of which are connected to the prologue’s events.

This rapidly progresses to poltergeist-like behavior, including the writing of the number 7730 on a mirror. Aykut, the owner of a cellphone shop, is forced to act as his insurance broker’s lover in order to steal the insurance money following a theft at his business.

The insurance agent Gulsah believed that her wealthy and glamorous family would despise Aykut, but reality differs from what she and Aykut had anticipated. Aykut also has to cope with his fiance in the meanwhile. 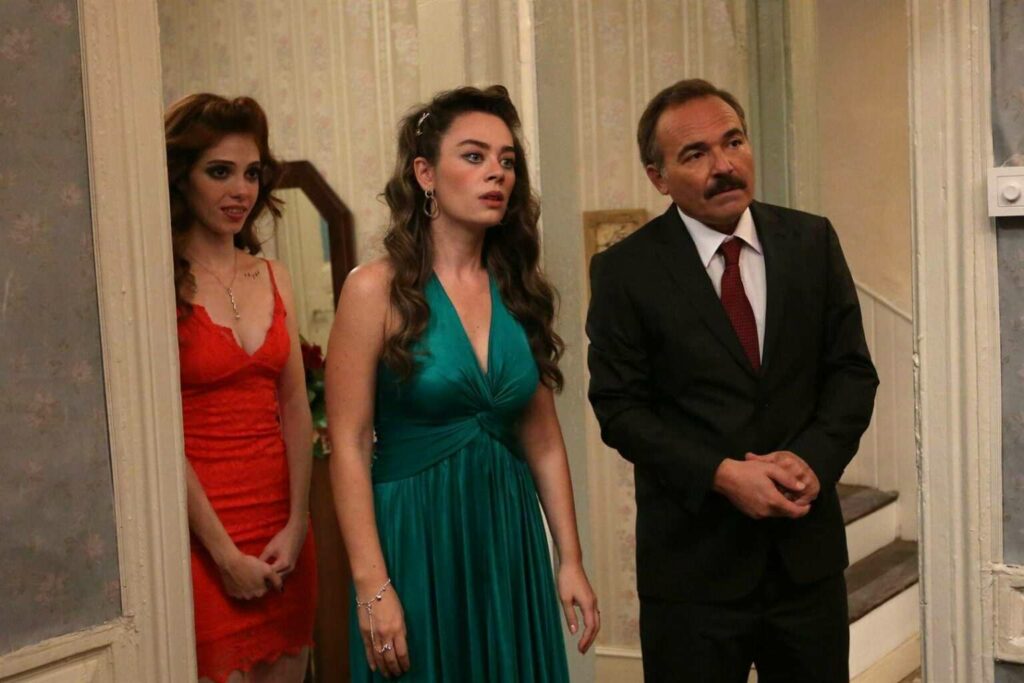 A hilarious coincidence brings together the neurotic Fikret and the bar singer Solmaz, whose 21-year unions are ending on the same day.

The ever-fearful Fikret is forced to play the part of his life when Solmaz’s daughter Zeynep wishes to wed her Adana-based boyfriend. The wedding, which was initially intended to be kept inside the family, ends up being a much larger affair due to the groom’s family’s desire.

Can our heroes handle the traditional Adana family, who are armed and run a network of kebab restaurants, and carry out the wedding without incident? The is one of the best Turkish movies on Netflix in Australia. Onur, a failed pharmaceutical salesman, has three challenging objectives with the Feast of Sacrifice just three days away:

Meet the family of his love in Ayvalik, obtain back his job that he was dismissed from, and complete these two tasks despite his traveling partner Seref.

Onur and Seref met through a phone application, and except for the direction they are headed, they have nothing in common. Their exciting journey will make everyone wonder how their real lives differ from their ideal ones. 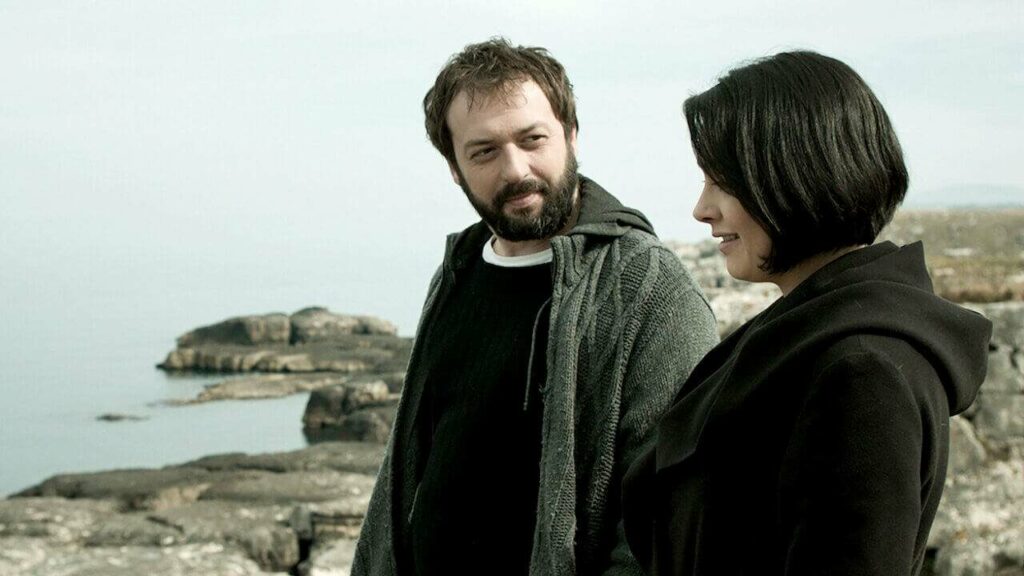 A young female psychiatrist from Istanbul reports for mandatory duty in a nearby country town after traveling there on business. She does her duties in the town throughout the week and returns to Istanbul on the weekends.

She keeps up a seemingly perfect marriage with her handsome husband, Cem, but she senses that there is something off within her.

However, Sehnaz’s friendship with Elmas, a young lady who was taken to the hospital one day, has simultaneously opened a whole other door for her.

Turkish plays have gained international recognition. Since the release of the first Turkish-made film in 1914, the movie industry has been a significant aspect of Turkish culture and has expanded throughout the years, reaching Europe and, more recently, the Arab world.

While we have included the top Turkish Movies on Netflix in Australia in this guide, keep in mind that not all of these programs may be accessible in your area.

We have compiled the outstanding TV episodes and films that are set in many nations into articles to make it simple to search for a certain nation of interest.

It is not only a fantastic method to learn a language, but it also offers loads of trip ideas. Use the best Netflix VPNs if you’re facing any issues while streaming these.