How to Get American Netflix in Australia [Updated May 2022] 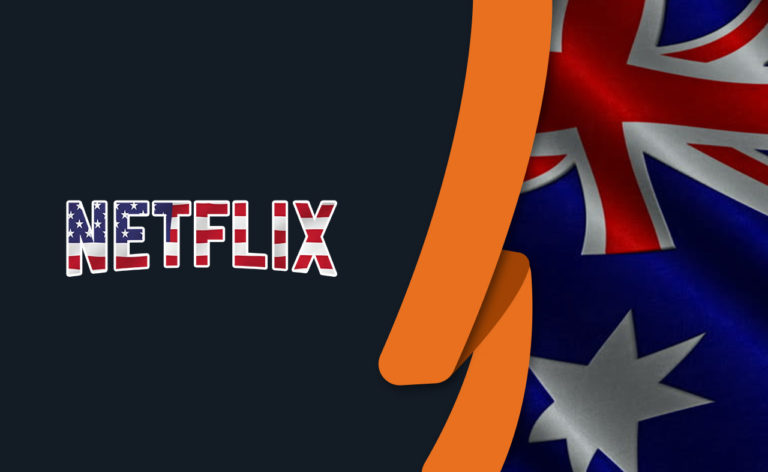 How to Get American Netflix in Australia [Quick Steps]

Follow these 4 simple steps and stop wondering how to get American Netflix in Australia:

How to Get American Netflix in Australia With A VPN? [Video Tutorial]

You can watch this video to better understand the process of unblocking American Netflix with a VPN:

Although Netflix has a large catalog, much of it is geographically restricted due to copyright restrictions. The movies and television series available to you are determined by the country you are in. If you’re traveling outside of your home country, you might need a VPN service to unblock and safely access your favorite streaming services. 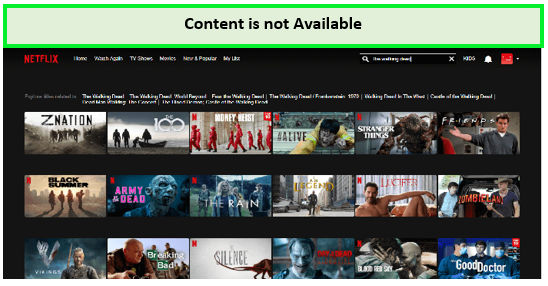 A VPN will mask your IP address and DNS and provide you with a new virtual location. This way, Netflix will not detect your original location, and you will have access to the US Netflix library. You can also follow this hack to access HBO Max, watch BBC iPlayer, and other channels in Australia.

Another reason why using the best VPNs for unblocking Netflix can help you is to bypass ISP throttling. Usually, ISPs control user bandwidth, and it ruins your experience of streaming. However, if you play smart and use a VPN service, you can easily stay safe from it. Moreover, you will be having a variety of servers to choose from the list, and you can opt for a server with a lower ping and better speed.

1. ExpressVPN – Recommended VPN to Get American Netflix in Australia

We recommend ExpressVPN for streaming Netflix in Australia as it not only unblocks Netflix but has also proved to be the fastest in terms of streaming. It offers 3000+ servers in 94+ countries with 25 server locations in US including Atlanta, Chicago, and Dallas.

In the speed tests we conducted, it managed to offer a download speed of 87.18 Mbps and an upload speed of 52.13 Mbps on a 100 Mbps internet connection.

ExpressVPN is offering its 1-year package for AU$ 9.33/mo (US$ 6.67/mo) - Save 49% and get 3 extra months FREE with 12-month plan with a 30 days money-back guarantee. It offers 5 simultaneous connections as well. ExpressVPN servers are the most optimal ones for seamless streaming. It ensures that you are getting the best bandwidth without any lags, which is why we call it the fastest VPN.

In an ever-increasing period of cyberattacks and phishing attempts, the Threat Manager ensures that no data is exposed through device apps by any trackers.

ExpressVPN is also the best VPN to unblock Harry Potter on Netflix from anywhere. Other than that, its security protocols and features are top-notch. You will not find a VPN service more safe and secure than this one.

The VPN has strong unblocking powers and lets you unblock the content of other streaming services including Vudu in Australia.

2. Surfshark – Budget-Friendly VPN to Get American Netflix in Australia

Surfshark is an affordable VPN provider to access American Netflix in Australia because it offers unlimited multi-logins and charges only AU$ 3.48/mo (US$ 2.49/mo) - 81% Off on 2 Years Plan. It has around 600+ dedicated US servers including New York, Miami, and Dallas that can let you stream Netflix.

The download speed offered by Surfshark was 88.14 Mbps and the upload speed was 83.72 Mbps on a 100 Mbps connection.

This VPN has a wide global reach with 3200+ servers in 65+ countries. Surfshark is a secure and fast streaming client that works on Mac, Windows, iOS, Android, and other streaming-capable platforms. Giving you the capability to stream Tenplay in Australia.

Surfshark outperforms the competition in terms of functionality because of features like Multi-hop, Camouflage mode, Clean Web, and Wireguard, to name a few.

Surfshark may be used on any device in the house, including smartphones, Smart TVs, Wi-Fi routers, gaming consoles, and more, thanks to SmartPlay technology. The VPN also has military-grade AES-256-bit-GCM encryption.

There are only a few VPN providers that can easily unblock services like Netflix. Use Surfshark to watch YouTube TV in Australia or to access Voot in Australia.

You can avail of its 2-year package at AU$ 4.88/mo (US$ 3.49/mo) - Save 60% on 2 Years Deal and watch Netflix on 6 devices simultaneously. It has a strict no-logs policy and guarantees no DNS or IP leaks. You can also use this VPN to watch Sky Sports in Australia and Hulu in Australia.

NordVPN has enough security measures to function as an antivirus program. Every server has a Private DNS to protect online behavior. There’s also the NordLynx protocol, which is based on WireGuard technology and provides tremendous bandwidth while ensuring complete anonymity.

There are other lightweight browser extensions, as well as the Threat Protection function, that protect your internet browsing experience.

How Do I Get American Netflix with a Free VPN in Australia?

You can US Netflix with a Top free VPN by connecting to its US server. However, the use of free VPNs is not recommended. Free VPNs are always risky to use and they do not have the potential to bypass Netflix geo-restrictions. Moreover, they have weak security protocols and they leak DNS and IP addresses.

So if you are wondering how to get American Netflix in Australia free? Well, you can’t do so because a paid VPN is necessary to unblock Netflix US. A premium VPN has the best security protocols and unblocking power that keep your privacy intact.

Two Alternative Methods to Get American Netflix in Australia

#1: Watch US Netflix in Australia Using a DNS

A DNS is used by default to route traffic between the servers and clients. By using a DNS Proxy, you can spoof your location and choose the region where your own data is routed. This way you will not need a VPN.

However, you will have to look for a DNS proxy that is reliable and effective enough to bypass Netflix restrictions. Using a DNS is not as effective as a VPN, because it slows down your connection and the chances of getting detected by Netflix VPN and Proxy blockers are always high.

#2: Watch US Netflix in Australia using the Chrome Extension

However, two things to keep in mind are that it does not have the security and features of a proper VPN provider and you might encounter Netflix proxy error. This error code is m7111-1331-5059 and you can resolve it by referring to our ‘How to Fix the Netflix Error Code m7111-1331-5059′ guide.

So if you wondering how to get American Netflix for free in Australia? It is a free extension and an alternative to a VPN, but we would still suggest that if you want to have an uninterrupted streaming experience, then use a VPN.

Is Netflix Compatible with All Devices?

The devices compatible with Netflix are as follows:

How Do You Get the American Netflix on the App?

You can get the Netflix app on Android, iOS or any other device.

How Do You Get American Netflix on Android?

You can get American Netflix on your Android device through the Netflix app.

How Can I Get American Netflix on my iPhone?

You can get US Netflix on your iPhone via the Netflix app.

Follow these steps to get American Netflix on your iPhone:

How Can I Get American Netflix on my Smart TV?

You can watch all the Netflix content on your Smart TV as well.

Follow these steps to get American Netflix on Smart TV

Can I Get American Netflix on PS4 and PS5?

Using ExpressVPN, set up Smart DNS to obtain American Netflix on your PS4 or PS5. Go to Network settings on your PS4 after turning it on. Then connect to the internet. Choose Wi-Fi from the drop-down menu.

How to Get American Netflix in Australia on Apple TV

Here are the steps to get American Netflix in Australia on Apple TV:

Netflix boasts a massive collection of over 5,500 titles in the United States, but only about 38% of this program is available to Australians. You’re missing out on a lot of very fantastic stuff, from classic sitcoms (Frasier, Friends) to small-screen masterpieces (Breaking Bad, Twin Peaks) and even superhero smashes (The Flash).

American Netflix is popular all over the World more than any other Netflix library because of the content tiles it hosts. If we compared the libraries by number then the Japanese Netflix library is the biggest.

However, in terms of quality, the US Netflix library has been highly praised by users all over the World. The reason is quite obvious that every popular movie and TV show is available over there. All other regional libraries get to have chunks of content that the American library has.

By comparing these two, it is clear that Australian Netflix is a little more expensive than US Netflix if you convert the currency. So you buy the US Netflix and watch it with the help of a VPN.

What TV Shows are Only on US Netflix?

While some of those popular shows are also available in other regions, but US-only Netflix titles include:

Which Movies Does American Netflix Have?

Here is a list of popular TV shows that are available in the US Netflix library only:

Why does my Netflix say not available?

This title is not currently available in your region. Please choose another title. It means your device or network may connect to Netflix through a VPN, proxy, or unblocker app or service.

How can I watch Netflix without VPN?

You can use your Australian Netflix subscription to watch American Netflix in Australia.

Can I watch American Netflix without a VPN in Australia ?

American Netflix is not available in Australia due to licensing limitations. There are options if you are annoyed by these limits. It’s possible that a Smart DNS solution will work. However, we believe that using a VPN is your best bet.

Do I need to pay any extra fees to watch US Netflix in Australia?

No! You will not have to pay any additional fees to watch US Netflix in Australia. You can simply use your own account that you have over Netflix Australia.

Can I use the same account to watch US Netflix in Australia?

Yes, you can use the same account from/for any region without any worries. You do not have to sign-up again for using US Netflix in Australia. Because of licensing restrictions, American Netflix in Australia is not available that’s why a VPN is needed.

It is not illegal to stream Netflix US from outside the United States, but it may violate Netflix’s terms of service, which state that “you may view Netflix content primarily within the country in which you have established your account and only in geographic locations where we offer our service and have licensed such content.”

How do I know if my Netflix is American?

Is the use of VPN legal in Australia?

VPNs are legal in Australia and the majority of other nations, and their use is permitted. However, if they are utilized to commit criminal actions on the internet, problems may develop.

How can I get the American Netflix?

Here’s how you can get American Netflix:

American Netflix is surely worth using a VPN and following all the procedures. After all, it has the best and the most content compared to all other Netflix libraries.

We hope this guide would have helped you in understanding how to watch US Netflix in Australia. A premium VPN should always be used to access those contents which are not available in your region.

Premium VPN also ensures your privacy and security and provides you with a chance to bypass geo-restrictions and help you get American Netflix in Australia.

If there are any further queries, you can comment below, and we’ll be glad to help you out.