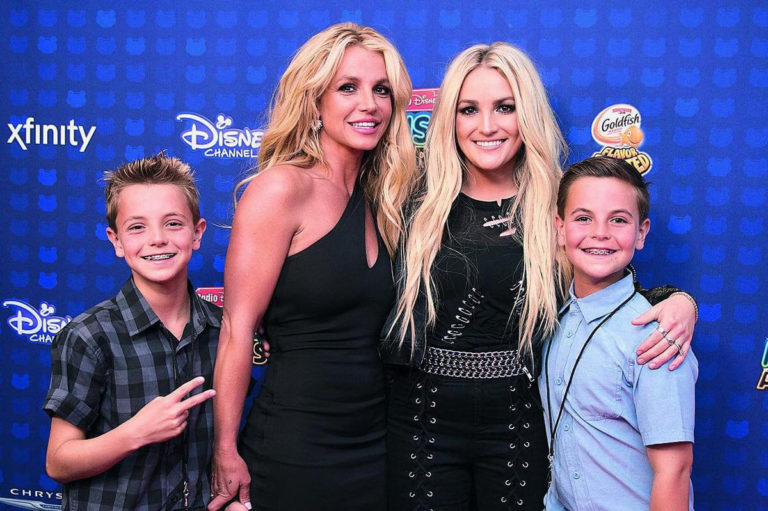 Many might not know, but Britney is aunt to Maddie Brian aged 13, and Ivey Joan aged 3. Jamie’s undeniable love for Britney has not been shown much in the media, however, the two sisters have always been very close, despite whatever has been going on in the family.

As a token of sisterly love, Britney sent a box of toys for Jamie’s girls. Upon receiving the toys, Jamie wrote:

Nothing sweeter than coming home to a box full of goodies for my girls from their auntie.

#BritneySpears sent her sister a box of toys for her nieces. #JamieLynnSpears shared this publicly – and the subtext is not lost on me. Jamie Lynn: Leave me alone! Britney: I still love my sister – or at last my nieces! pic.twitter.com/ziSKaBCVzS

Earlier, Jamie expressed support for her sister in a video message after the whole scene about Britney wanting the conservatorship to end caught media’s attention again:

Since the day I was born, I’ve only loved, adored and supported my sister. I mean this is my freaking big sister, before any of this bulls—I don’t care if she wants to run away to a rainforest and have zillion babies in the middle of nowhere, or if she wants to come back and dominate the world the way she has done so many times before, because I have nothing to gain or lose either way.

This situation does not affect me either way, because I’m only her sister who’s only concerned about her happiness.

Recognizing that Britney has always done whatever she wanted to since she was a child, Jamie said that she totally supports her. She also added that her part in this whole scenario is that of a loving sister and nothing more.

She in no way plans to influence Britney, in fact, she just wants to be there for her. It must also be noted that Jamie is the only person in the family who is not on Britney’s payroll.

Adding on, she said that the love she has for her sister is not public,

After speaking in favor of Britney publicly, Jamie and her children started receiving death threats. Jamie has not taken them lightly stating that everyone has the freedom to speak out their hearts but death threats need to stop, especially to her children.

Maybe I didn’t support the way the public would like me to with a hashtag on a public platform but I can assure you that I support my sister long before there was a hashtag and I’ll support her long after.

Jamie Watson, Britney’s brother-in-law, spoke to the New York Post’s Page Six, saying that he can assure that her family loves her and wants whatever would keep her happy. He also added that he would not like to be near people who are not in support of Britney.

One week after Britney addressed the public during the hearing, appealing to end the conservatorship, she revealed that all this time she had been lying that she was fine and happy but in reality, she is not well. She has trouble sleeping and is extremely depressed and cries every day.

Spear asks for a happy life, where she can marry Sam Asghari and get the IUD (placed by her conservators) removed.

I would like to progressively move forward and I want to have the real deal. I want to be able to get married and have a baby. I have an [IUD] inside of myself so I don’t get pregnant. They don’t want me to have children – any more children.

How to Watch the Friends Reunion Online

How to Watch Harry Potter On Netflix