SonyLIV Canada: How To Watch in 2023 [January Updated] 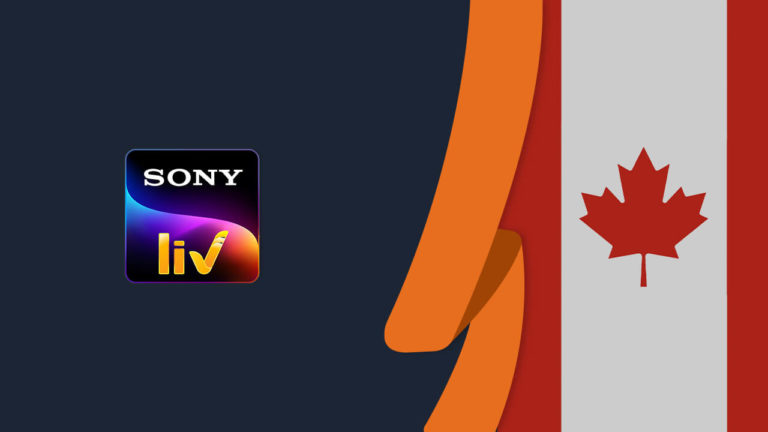 SonyLIV is an OTT streaming service that offers 31 channels with over 100+ content titles. It is available in 167 countries, with 700 million viewers in India. This streaming platform consists of amazing TV shows and mind-blowing movies like The Rocket Boys, Undekhi, and Scam 1992.

However, like other streaming services, content licensing policies implies on SonyLiv as well. For this reason, you cannot watch its content in the Canada. Well, there is nothing to worry about. VPN is the perfect solution for SonyLIV Canada. It lets you connect to an Indian server so that you can access all the amazing Indian shows and movies in Canada

Let’s find out how to watch the latest episodes of your favorite Hindi series on SonyLIV Canada without any further ado!

Note: SonyLIV offers free membership but allows ad-supported, limited, and selected content for the users. To unblock the full premium library, you should have its premium membership. Check out how much is SonyLIV subscription.

Why Do You Need a VPN to Access SonyLIV in Canada?

A VPN is needed to access SonyLIV in Canada because the platform has imposed geo-restrictions so the content can not be watched in Canada.

If you try to access SonyLIV in Canada, you will receive the following error message on your screen:

“The content you are trying to watch is not available in your geography.”

Some content titles can not be watched on SonyLIV Canada

By using a premium VPN service, you can easily get connected to an Indian server and can enjoy SonyLIV content from the comfort of your home in Canada.

A VPN masks your current IP address and replaces it with an Indian IP address, this will trick the server of SonyLIV, and they will assume that you are accessing the streaming platform from India.

Note: As you don’t have Indian account details for the payment process, the easiest way for this is to ask your friend in India to purchase a SonyLiv subscription for you. If needed, you can cancel your SonyLIV subscription anytime without any difficulty.

Signup for SonyLIV in Canada with ExpressVPN

How Much Does SonyLIV Cost?

SonyLIV offers multiple subscription plans to its users and 1 special plan with the name of WWE Network.

You can also watch the content of SonyLIV for free, but you will have access to a limited number of titles, and Ads will be displayed while streaming.

Here are the details on SonyLIV subscription price Canada:

Here is a quick overview of the three best VPNs you can use to stream content on SonyLIV Canada without any interruptions.

What are the Best VPNs to Unblock SonyLIV in Canada?

Finding the best VPN for SonyLIV Canada is a difficult task. But you don’t have to worry as we have tested 20+ VPNs and have listed the best 3 VPNs for watching SonyLIV Canada.

ExpressVPN is the recommended VPN to watch SonyLIV in Canada because it offers excellent security features and has high-speed servers all over the globe. When tested, it gave a fantastic download speed of 89.42 Mbps which is perfect for streaming.

ExpressVPN has a large network of 3000+ servers in 94+ countries. It has 2 servers (via UK and Singapore) in India. ExpressVPN can also unblock TG4 and Ziggo Go in Canada.

We connected to India (via Singapore) server (highly recommended) and unblocked SonyLIV instantly.

You can use ExpressVPN to unblock SonyLIV in Canada instantly.

ExpressVPN offers an upload speed of 84.64 Mbps and a download speed of 89.42 Mbps on a 100 Mbps connection, according to our testing.

It can unblock any streaming platform like Sky Go, Tencent Video, and DStv in Canada, even with its browser extension (unlike other VPN providers), and offers 5 simultaneous connections.

ExpressVPN comes with great security features like Split Tunneling and Kill Switch. You can also use the Media Streamer feature to watch the content on devices that do not support VPN.

You can use this VPN service on iOS, Android, Roku, Windows, Firestick, Xbox, Smart TVs, and Apple TVs. It also offers 24/7 live chat support to assist its users.

Watch SonyLIV in Canada with ExpressVPN30 Days Money Back Guarantee

Surfshark is a budget-friendly VPN to watch the content of Indian SonyLIV in Canada. It costs only CA$ 3.09/mo (US$ 2.30/mo) - 82% Off on 2 Years Plan and offers unlimited multi-logins.

We used the Indian server of Surfshark and unblocked SonyLIV instantly. Also, we enjoyed bufferless streaming of all SonyLIV Canada content.

India server of Surfshark is fast to unblock the geo-restrictions of SonyLIV.

The download speed offered by Surfshark was 88.14 Mbps, and the upload speed was 83.72 Mbps on a 100 Mbps connection.

Surfshark believes in providing true anonymity to its users. Therefore, the servers are protected with AES 256-bit encryption, and it has a strict no-logs policy.

With this VPN service, you can also unblock HBO Max, Tenplay, and 9Now. In addition, Surfshark has dedicated apps for all Android devices, iOS, Windows, and macOS.

Watch SonyLIV in Canada with Surfshark30 Days Money Back Guarantee

CyberGhost has exceptional unblocking capabilities. For example, SonyLIV can be instantaneously unblocked in Canada with CyberGhost.

CyberGhost has a vast network of 7700+ servers in 90+ countries, including 30+ Indian servers.

To unblock SonyLIV, we used the Mumbai server and enjoyed bufferless streaming of our favorite Hindi serials.

You can use the Mumbai server of CyberGhost to watch SonyLIV in Canada.

In a speed test on a 100 Mbps internet connection, CyberGhost offered an upload speed of 79.42 Mbps and a download speed of 86.49 Mbps during the speed test.

CyberGhost provided us with a speedy streaming speed on a 100 Mbps connection.

Watch SonyLIV in Canada with CyberGhost30 Days Money Back Guarantee

Can Free VPNs be Used to Watch SonyLIV Canada?

Yes, but we never recommend using it. The vast majority of free VPNs use weak or no encryption at all, allowing prying eyes to monitor your traffic.

Furthermore, their server network is quite limited, with only a few servers at most. As these servers are frequently overburdened with users, you will experience slow speeds. In other words, buffering issues will cause SonyLIV and other streamed content to be interrupted.

A premium VPN like ExpressVPN should always be used to access SonyLIV in Canada so that you can stream your favorite content at a fast speed and without worrying about data leakage.

What Devices are Compatible with SonyLIV?

Before you try to access SonyLIV, it is important to consider device compatibility because it is an important aspect of streaming online content. Here are the devices you can use with SonyLIV in Canada:

How Do I Install SonyLIV on My Phone?

Follow these steps to watch SonyLIV Canada on the Android app:

Is SonyLIV Available On IOS?

Yes, you can watch SonyLIV content on your iOS devices, including all iPhones and iPads. You can download the app from Apple App Store.

Follow these steps to watch SonyLIV on iOS in Canada:

How to Watch SonyLIV on Windows/Mac?

You can watch SonyLIV on your browser by using the official SonyLIV website.

Watch SonyLIV on Windows/mac with ExpressVPN

Is SonyLIV App Available on Roku?

Yes, Roku has SonyLIV. You can use the ExpressVPN Smart DNS tool (MediaStreamer) to watch SonyLIV content on Roku.

Watch SonyLIV on Roku with ExpressVPN

Does Amazon Fire Stick Have SonyLIV?

Yes, you can install the SonyLIV app from Channel Store on your Firestick devices. Additionally, you can access the geo-restricted content on Firestick because it supports VPN.

Follow these steps to watch SonyLIV on Firestick in Canada:

How Many Devices are Allowed in SonyLIV?

You can simultaneously use a single SonyLIV account on 5 devices to watch SonyLIV in Canada.

SonyLIV has an amazing collection of Hindi movies and series. We have listed some of the best shows and movies you can watch with your SonyLIV in Canada subscription:

Best Movies To Watch on SonyLIV

Does SonyLIV work in Canada?

To get the subscription to SonyLIV in Canada, follow these steps

How can I watch SonyLIV in Canada without a subscription?

Is SonyLIV free of cost?

Yes, SonyLIV is free of cost. With the free plan, you can only watch limited content titles with Ads.

How can I watch SonyLIV for free?

You can watch SonyLIV for free by subscribing to the free plan. With this plan, you can only watch a limited number of movies and TV shows.

Is SonyLIV free on Firestick in Canada?

If you are in Canada or using a VPN and are connected to an Indian server then you can watch SonyLIV free on Firestick. You can start by downloading the SonyLIV free app on your Firestick device.

Can I watch SonyLIV on TV using Chromecast in Canada?

Can I get SonyLIV ad-free streaming experience in Canada?

Yes, SonyLIV premium membership is available in Canada. You can get at a price of CAD 17.06 (INR 999) per year

A VPN service can easily bypass the geo-restriction of this streaming platform so that you can easily enjoy the content of Indian SonyLIV in Canada.

So, stop wondering how to watch SonyLIV in Canada and grab the best VPN, ExpressVPN.