Michael J. Fox Says He Doesn’t Expect A Parkinson’s Cure In His Lifetime 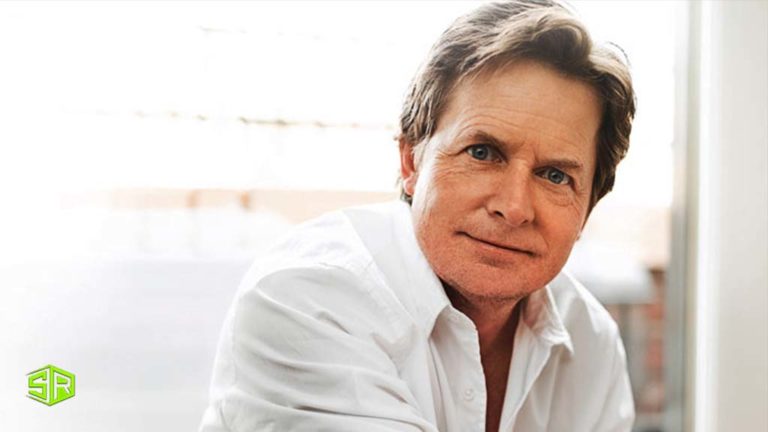 Michael J. Fox claims that he does not fear death, but that he still has a long life ahead of him.

The TV and movie actor has been battling Parkinson’s disease for the past 30 years. He harnessed his inner optimist during a difficult moment as he processed the life-changing news, and that’s what has driven him throughout his struggle.

Despite numerous setbacks — many of which have occurred in the last three years — he has persevered in his uphill struggle, generating more than $1 billion for Parkinson’s research through his Michael J. Fox Foundation. But he’s not kidding himself about what he’s up against, and he’s not allowing it to overshadow his joys.

Michael J. Fox feels that a cure for Parkinson’s disease is on the way… but not soon enough.

In a new interview with AARP, the 60-year-old admitted that the disease will not be defeated in his lifetime.

“As I wrote in my latest book, I’m now out of the lemonade business,” he said. “I’m really blunt with people about cures. When they ask me if I will be relieved of Parkinson’s in my lifetime, I say, ‘I’m 60 years old, and science is hard. So, no.”

That said, “I am genuinely a happy guy. I don’t have a morbid thought in my head — I don’t fear death. At all.”

He recognises that he is luckier than the usual person suffering from a disorder of the central nervous system.

“It’s hard to explain to people how lucky I am, because I also have Parkinson’s,” Fox said. “Some days are a struggle. Some days are more difficult than others. But the disease is this thing that’s attached to my life — it isn’t the driver. And because I have assets, I have access to things others don’t. I wouldn’t begin to compare my experience to that of a working guy who gets Parkinson’s and has to quit his job and find a new way to live. So, I’m really lucky.”

While lucky, it’s absolutely no picnic.

“I’m kind of a freak. It’s weird that I’ve done as well as I have for as long as I have. People often think of Parkinson’s as a visual thing, but the visuals of it are nothing. On any given day, my hands could be barely shaking or they could be [flailing],”

He said. “It’s what you can’t see — the lack of an inner gyroscope, of a sense of balance, of peripheral perception. I mean, I’m sailing a ship on stormy seas on the brightest of days.”

In 2018, he went through a particularly stressful period when surgeons had to partially remove a benign tumour that had twisted around his spinal cord. He had to relearn how to walk. He then collapsed at home four months after surgery and shattered his left arm. A metal plate and 19 screws were used to repair it.

“If you don’t think you have anything to be grateful for, keep looking,” he said. “Because you don’t just receive optimism. You can’t wait for things to be great and then be grateful for that. You’ve got to behave in a way that promotes that.”

He also spoke about the period after he was diagnosed — and how he “spent seven years keeping it to myself, not telling anybody and not learning about it.” (It was during that time he drank heavily. He then got sober and went public with his diagnosis.)

He said he later learned “others were isolated [too over their diagnoses] and didn’t have a central unifying force that would be their advocate. So, now, along with pushing hard on the science through the foundation, I am a motivator and someone who tries to demystify and normalize Parkinson’s — to take away any shame or sense that it should be hidden. Because unfortunately, inevitably, it will reveal itself. “

“There will always be people who say, Why do you have to keep telling me about it?’ Well, the fact of my existence is evidence of this disease, and I’m not going to candy coat that for people.”

Fox announced his retirement from acting last year, noting that after 30 years of finding new ways to act after his diagnosis, he  “reached the point where I couldn’t rely on my ability to speak on any given day, which meant I couldn’t act comfortably at all anymore.”

He’s been able to watch some of his work, including Back to the Future. He attributes this to the late Muhammad Ali, who died in 2016 and also suffered from Parkinson’s disease.

“I used to avoid watching myself on the TV shows I did when I was much younger because I was healthier then and showed no signs of Parkinson’s,”

The Family Ties alum, who played Alex P. Keaton, said. “But I wondered about Ali, whom I had become friendly with. He’d been such a beautiful athlete before Parkinson’s. So, after he died, I asked his wife, Lonnie, if he ever watched recordings of his fights. ‘He watched for hours,’ she said. ‘He loved it!’ And I thought, Yeah, I should love it, too. It’s a legacy, some graffiti that leaves a message of positivity.”

As a result, he’s reconnected with Marty McFly, his Back to the Future character.

“More people, of all ages, approach me now about that movie than ever before,” he said. “I’m not sure I understood why. Then I came across it on TV last Christmas. And I thought I was really good in it, better than I thought I’d been. More important, I got the spirit of the movie.”

Fox continued, “I understood it was just a big giggle and that we all need … to take credit for what we’ve done and the lives we’ve touched and to occasionally step back a bit and appreciate that much of life has been great and that there’s a lot more to live.”

The actor, who has been married to Tracy Pollan, his Family Ties co-star, since 1988, ended his interview by talking about his legacy and what he wants it to be.

“I hope people will enjoy my work as an actor and get something from it,” he said. “At a deeper level, I hope people see the sincerity in the things I’ve said and done. If I’ve positively helped anybody with Parkinson’s, that’s great, too. I appreciate the purpose and the opportunity to help the foundation, to be part of something that’s potentially so powerful and life changing and world changing — that’s huge.”

He added, “Beyond that — and this is kind of a vanity thing — a lot of really great guitarists have come up to me over the years and said they picked up the guitar because of the ‘Johnny B. Goode’ scene in Back to the Future. If I did anything in this life, I got John Mayer to pick up the guitar!”

Nearly one million people in the U.S. are living with Parkinson’s disease (PD), which is more than the combined number of people diagnosed with multiple sclerosis, muscular dystrophy, and Lou Gehrig’s disease.

A number of celebrities have been diagnosed with this disease, including Muhammad Ali the great boxer, who died in 2016 due to Parkinson’s.

Alan Alda the screen writer was also diagnosed with this disease in 2015.

Hope the cure for this disease comes soon and the ones struggling with it continue to inspire others.