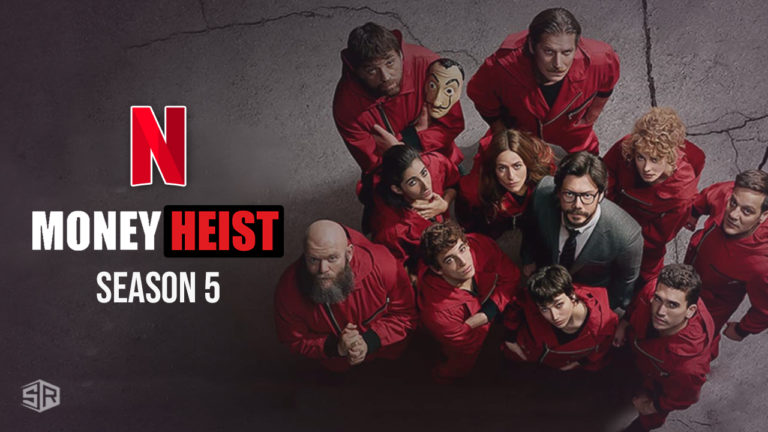 Money Heist (aka La Casa De Papel) season 5’s first half will be available on Netflix within a few weeks. Here’s a detailed guide to everything you need to know about Money Heist season 5, along with who will star, what to anticipate, and when the last season’s two parts will air.

One of the best Netflix shows coming in 2021, Money Heist now holds the distinction for being Netflix’s most-watched non-English title. The fourth season of Money Heist acquired an astonishing 65 million views worldwide and was still topping the top ten lists as of August 2021.

Season 5 of Money Heist will be released in two parts.

What is the Full Schedule of Money Heist?

Because Netflix is headquartered in Los Angeles, all Netflix Original releases (with a few exceptions) arrive at midnight. Due to global time zone differences, that time will be relative.

If you reside in India, Australia, Middle East, or Europe, you will not be able to watch at 12:00 a.m.

What will be the streaming time of Money Heist in other countries?

Refer below to see what time will Money Heist premiere in your region:

How to Get American Netflix in Canada
Is Harry Potter On Netflix?

Why Can’t I See Money Heist Season 5 on Netflix?

What can we expect from Season 5 of Money Heist?

The Professor (Alvaro Morte) is being held by the astute detective, Alicia Sierra (Najwa Nimri). The group is on its own now that the Professor is no longer among them, holed up at the Bank Of Spain.

The police close in and bring in the military to apprehend them; “They’ll come out victors or dead,” says the police head. With their backs to the wall, Tokyo, Lisbon, Rio, Denver, and the others determine that it is not the end of the world – “We’re up against the ropes, but we’re not gonna end up in the morgue.”

Why is Money Heist’s Fifth Season the Final One?

Many fans will undoubtedly be surprised as to why Money Heist is coming to an end. There are certainly other reasons, but Alex Pina clarified one of the most important reasons in recent interviews with the Sky Rojo:

According to the Spanish daily Marca (via Netflix-Nederland), the show’s actors’ growing demand is one of the reasons the show is struggling to stay on the air. We’ve seen in prior productions that it’s tough to keep everyone involved in the show, especially with large ensemble casts.

Pina has been quoted as saying:

“We have many opportunities for spin-offs. This is due to the strong identities of the characters. We’ve always looked for characters that are complex, so I think almost every character has a side that we would like to see in a spin-off.”

Money Heist Season 5 Part 1 will be available in both original Spanish and dubbed versions in English, Hindi, Telugu, and Tamil.

Where to watch Money Heist?

You can watch Money Heist on the official website of Netflix.

Can I watch Money heist without Netflix?

You need Netflix to enjoy Money Heist. It is only accessible on Netflix and is not available somewhere else. You may check online by searching for “Money Heist season 5 episode 1” or something similar, but you won’t get the best outcomes.

Is Season 5 the last season of Money Heist?

When can I watch Money Heist Season 5?

You can watch season 5 of Money Heist on 3rd September on Netflix.

Where can I watch all 5 Seasons of Money Heist?

Where is season 5 of Money Heist in production?

Vancouver Media, which is owned by Pina, produced the popular Netflix Spanish series. The red jumpsuits are returning shortly, and you’ll see them again on 3rd September.

How to watch Money Heist in English?

You can watch Money Heist in English on the official website of Netflix. When you play the video just see at the bottom-right you will find the option. Click it and choose the language “English”.

Well, if you are a Money Heist fan, then you can easily watch season 5 of Money Heist with the help of our detailed guide.
Happy streaming!

How to Change Netflix Region in 4 Easy Steps