How to Watch NBA Play In Tournament 2022 live from Anywhere 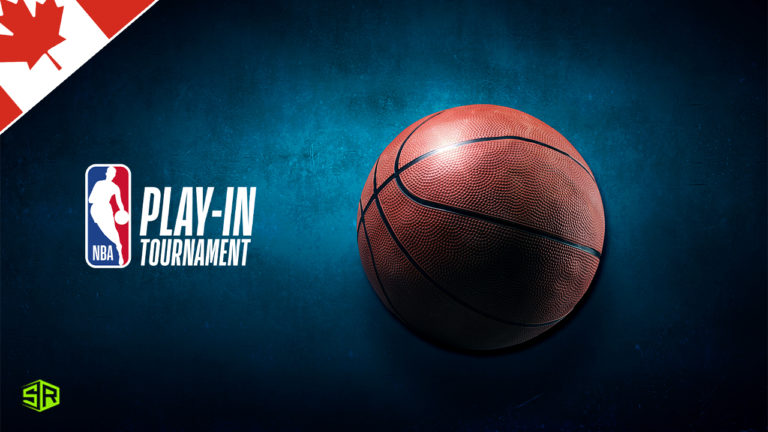 After a thrilling and action-packed NBA 2021-22 regular season featuring 82 games, only the NBA Play In Tournament is the final stop between the complete full season and the league. If you are a basketball buff and looking to watch NBA Play In Tournament live from anywhere, this is the article specially for you!

The Play In tournament is played to decide the last two seeds in each conference, featuring an eight-game field in both the East and West conferences. The high-stakes 2022 NBA Play In Tournament that will certainly offer an early do-or-die drama will take place from April 12, 2022, to April 15, 2022. The Play In will be followed by the NBA Playoffs on April 16, 2022.

The official broadcast of the Play In Tournament will be available on ESPN, ABC, TNT, and NBA TV in the USA. However, the streaming platforms of these channels are geo-restricted due to licensing reasons and you will need a VPN to watch ESPN+ Canada and other streaming platforms.

Let’s go through all the necessary details and learn how to access your favorite geo-blocked content with the help of a top-notch VPN app.

Here’s how to watch NBA Play In Tournament live from anywhere using a premium VPN service:

Geo-restrictions on live and on-demand content have become a norm in the modern age of the internet. It is in fact, such a fuss that you don’t have access to all of your favorite content available online. That’s where VPN apps have become vital, not just to get access to geo-restricted content, but for overall privacy and security while you are connected to the internet.

Today, a VPN app is the need of the hour for all sports enthusiasts, streaming junkies, and privacy-conscious internet users. And if you are among these heavy users of the internet you might have thought about getting a VPN app.

Having said that, to watch NBA Play In Tournament live from anywhere, you will need a premium VPN app. Don’t rely on ordinary and sub-standard services to avoid the frustration of experiencing a below-par screen time. Hence, to make it easier for you to decide, we have shortlisted 3 VPNs after testing a number of apps.

Here are our top picks.

ExpressVPN: The Best VPN to watch NBA Play In Tournament 2022 live from Anywhere

It boasts a streaming speed of 87.128 Mbps and an upload speed of 52.13 Mbps over a typical 100 Mbps connection. We have connected to a server in Toronto.

All paths lead to ExpressVPN when we talk about reliability, speed, customer service, and security. It is the best VPN to watch NBA Play In Tournament live from anywhere due to its amazing performance overall.

This VPN is a complete package of top-notch features and you can use it on Windows, Linux, Android, iOS, macOS, smart TVs, smart devices, streaming devices, Wi-Fi routers, and gaming consoles. 5 multiple devices can use this VPN at a time with a single subscription. The VPN can also be used to watch  Men’s Curling Championship from anywhere

ExpressVPN is currently available for CA$ 4.45/mo (US$ 3.49/mo) - Save 60% on 2 Years Deal, including a one-month money-back warranty. With the subscription to this VPN you can also watch Ultimate Fighting Championships from anywhere.

This VPN offered us a download speed of 86.51 Mbps and an upload speed of 51.86 Mbps. We have connected to the server in Montreal.

Surfshark captures the market by offering one of the most affordable prices coupled with top-notch VPN features. If you are a budget-conscious user, this VPN is perfect for you. Based on its pricing, we recommend it as the pocket-friendly VPN to watch NBA Play In Tournament live from anywhere.

This VPN is available for just CA$ 3.17/mo (US$ 2.49/mo) - 81% Off on 2 Years Plan and also offers a money-back guarantee for 30 days. With a single account, you can use this app on unlimited devices at a time. You can also use this VPN to watch ICC Women’s Cricket Worldcup from anywhere.

Surfshark offers excellent features and comes with dedicated apps for Linux, Android, macOS, iOS, Windows, streaming devices, smart TVs, gaming consoles, and Wi-Fi routers so that you can watch IPL from anywhere on your preferred device.

If there’s a VPN that has been around for several years providing amazing service, it has to be NordVPN. It is recommended by power users globally due to its safety features and huge server network. It is definitely the largest server network VPN to watch NBA Play In Tournament live and  Winter Paralympic Games from anywhere.

NordVPN offers one of the biggest networks of servers having 5310+ servers in 94+ countries , including 1700+ options in the USA. Unblocking ESPN+, NBA TV, TNT, ABC, DAZN, Sky Sports, Kayo, Foxtel, FuboTV, Sling TV, DirecTV, YouTube TV, Hulu + Live TV and others isn’t a problem for this app.

In terms of features, it is best known for its security and privacy among other features. You can use NordVPN on Android, iOS, Linux, macOS, and Windows, as well as Wi-Fi routers, smart TVs, gaming consoles, and streaming devices. 6 simultaneous connections are supported by a single subscription.

Much like several other live sports events, the NBA also has a strict geo-blocking policy which limits its streaming and broadcasting rights to only selected channels. Although the live coverage of NBA events is provided through several channels which are offered through local/national cable networks, the streaming services remain blocked out except in the USA.

For instance, in case you are trying to access TSN to watch NBA Play In Tournament live from anywhere online, you will not get access to the streaming platform and instead will get this error message:

These geo-restrictions are based on the licensing agreements and copyright pacts signed between the event organizers and the streaming channels. To access these streaming platforms like TSN, we recommend using a premium VPN app.

The reason why your access gets blocked is that the IP address of your device connected to the internet reveals your locations. Based on the location, the streaming services filter out the access requests coming from outside their area of coverage. To access a specific streaming platform e.g. TSN, you need to have an IP address from the country where it is allowed to stream its content.

VPN apps are specially designed apps that enable you to modify and mask your real IP address and remotely relocate your device to a region of your own choice. In this case, you can easily get an IP address from the Canada to watch NBA Play In Tournament live from anywhere.

The Play-In Tournament are the games that take place once the regular season has ended and before the start of the first round of the playoffs. The Play-In Tournament 2022 is beginning on Tuesday, April 12, 2022, and will conclude on Friday, April 15, 2022. Play-Ins will include the teams who have the percentages of winning in the seventh-highest through the tenth-highest, in all conferences.

Winners of game 1 and game 2 will earn the 7th seeds and will advance directly to the next level, the NBA playoffs. And the losers of games 1 & 2 will be playing another play – In with the winners of games 3 and 4.

Winners will advance to game 5 and 6 to earn a place in the NBA playoffs.

Winners from the games 5 & 6 will earn 8th seeds in the main playoffs and will advance to the NBA playoffs.

What’s next after the play-in?

The Play-In Tournament that will be concluding on Friday, April 15, 2022, will have the winners that are going to be given the 7th and 8th-seeded spots in each conference. The Play-In Tournament will be followed by the NBA Playoffs. NBA Play-Offs 2022 will launch the old-fashioned way, having a 16-team, all the best-of-seven series structure. The NBA Playoffs are going to start on Saturday, April 16, 2022, and will be concluding around June 19, 2022.

How can I watch NBA games out of area?

You can watch the NBA games out of the area by unblocking the official channels that are broadcasting the games in different countries. And to do so you can connect with a VPN to mask the current location you are at and then select an IP address that suits you or the channels you want to watch the NBA games on. And there you go!

How can I watch the NBA playoffs outside the US?

You can watch the NBA Play-Offs on ESPN, ABC, TNT, and NBA TV if you are living in the USA, but if you are living outside the country or its region you might face some problems. For the fans in Canada TSN, sports Net are your channels, and for the UK Sky Sports. And if you are from none of these countries we advise you to connect to a VPN service like ExpressVPN and unlock these channels to stream live the play-off of the NBA.

The preliminary NBA postseason tournament; the NBA Play In is here to determine the No. 7 and No. 8 seeds, the final two playoff spots, for the NBA Playoff tournament. Eight teams from the Eastern and Western Conferences will face off against each other from April 12 to April 15.

If you love basketball and grew up following the greats of the games, you must get ready for 3 action-packed days filled with a lot of excitement, drama, passion, and pro basketball. The NBA Play In will determine the fate of the Brooklyn Nets, Cleveland Cavaliers, Atlanta Hawks, and Charlotte Hornets from the East, while Minnesota Timberwolves, Los Angeles Clippers, New Orleans Pelicans, and San Antonio Spurs will fight for their spot in the Playoffs.

If you are planning to watch NBA Play In Tournament live from anywhere, we recommend you to get a subscription to a high-end VPN app like ExpressVPN to catch all the action live from anywhere as most of the streaming platforms are geo-restricted and can’t be accessed without a VPN app.