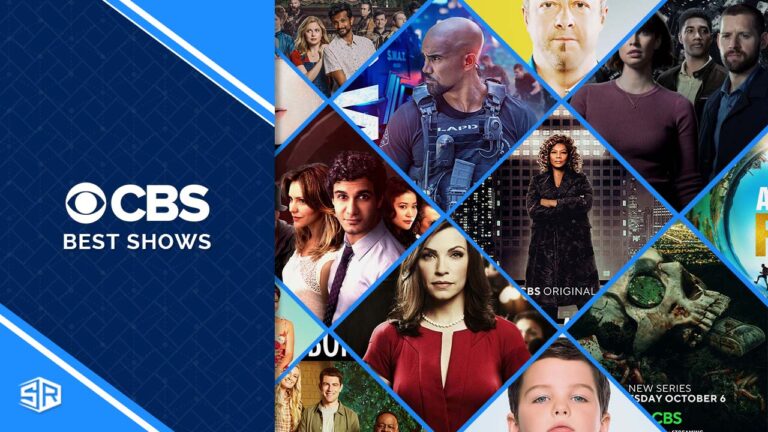 CBS has created its online streaming platform to stay up to date in the game and equip you with all CBS shows all the time. Today we have come up with the list of CBS all-access best shows to kill your boredom in minutes and possibly stay that way for a couple of the next hours.

Whether you’re a tired mommy of two trying to catch up on your favorite Soap after putting the kids to sleep or you’re a host for the evening trying to screen the epic finale of one of the most interesting and thrilling series.

CBS has got you covered, and we have placed a cherry on the top with the perfect detailing if you’re looking to start watching a whole new series or perhaps catch up with the old ones.

If you’re not residing in the American territory then you might not be able to watch CBS outside USA but we have a solution subscribe to the best streaming VPN and watch anything on CBS from anywhere.

What are the 15 Best CBS Shows?

Ranging from the new CBS shows 2022 to the old CBS shows, we have created a one-of-a-kind list that will help your maneuver your interests to the right place and make the choice worthy of your time.

So don’t hold up any longer and take your pick by reading all the necessary details under each series and rush to your nearest entertainment set to on a CBC all access best shows! 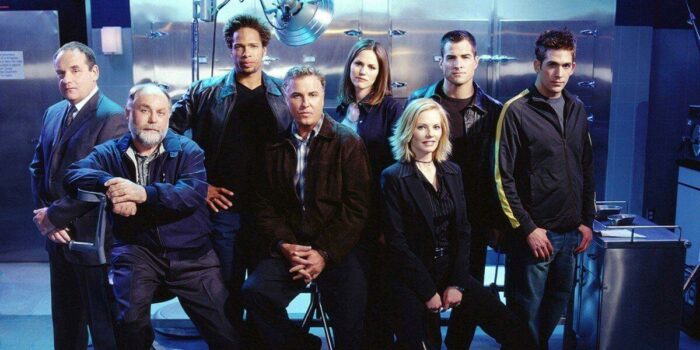 Following in the footsteps of the previous series made in the 2000s, this one also takes place in Las Vegas where a group of forensics team up with old pals to maintain justice and protocol in the city where a lot of sins take place.

They must work together to contain any threats that come across trying to take down the Crime Lab and protect it while also looking out for the real culprits. 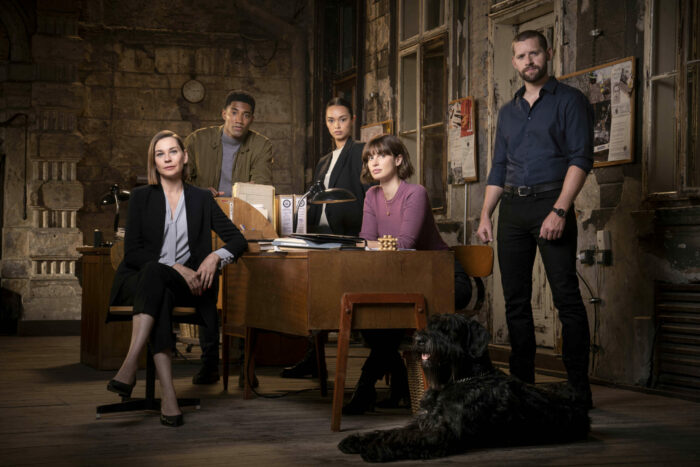 The FBI is everywhere. Do you think you can escape them if you are in a different country? Think again because they’ve got security protocols set up internationally as well. That’s the plot of this series where a group of elite FBI agents has to lead a case when an American fugitive has escaped to Zagreb taking hostage a 14-year-old girl with her.

When Isobel Castille asks the FBI for help in managing this case, the whole team flies from Budapest to Croatia to complete this mission. Along the mission, Europol agent Katrin Jaeger makes sure the team has access and support by all means. 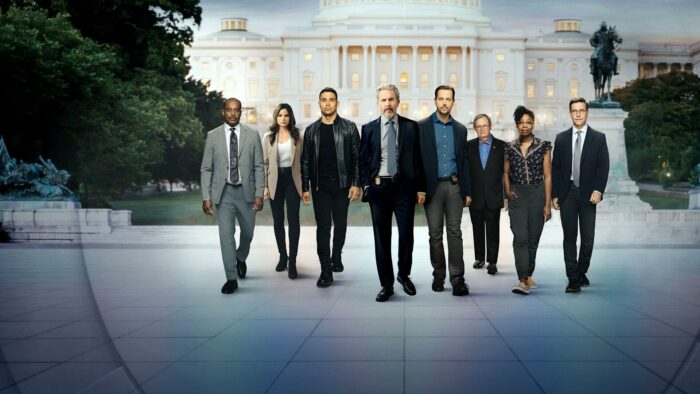 Ever wonder who solves the cases related to marine or navy? The bunch in this TV series does so. They are an impeccable group of wonderfully skilled beings each completing for the other and stuck in a place like a bond.

Starting off with the leader of the team and former Marine gunnery sergeant is Agent Leroy Jethro Gibbs who has the ability to investigate with true potential and lead a group of distinct people. There is Agent Anthony DiNozzo, an ex-homicide detective who might seem like he’s not mature enough to handle a case.

Forensic specialist Abby Sciuto is the backbone of the team since her expertise matters a lot in terms of providing evidence. Agent Timothy McGee who has an ever-lasting love for computers which is quite handy while trying to hack into someone’s system. Then there’s an agent from the intelligence service of Israel named Ziva David.

Dr. Donald “Ducky” Mallard is also there to help with any kind of medical examination. And last but not least the team completes with its director and former lover of Agent Gibbs, Jennifer Shepard. 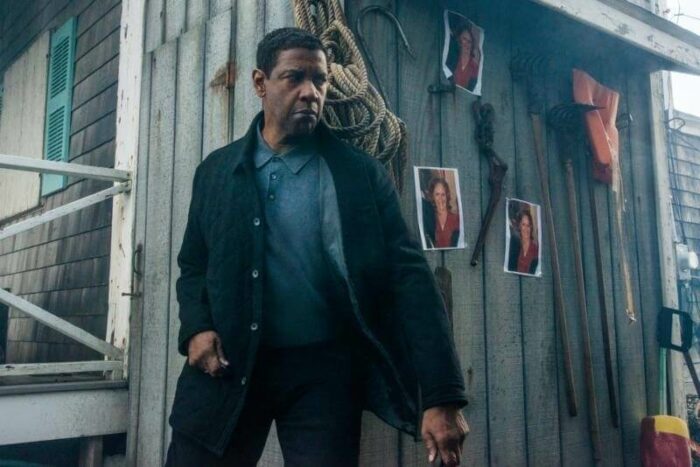 A recreation of the 80’s TV series but this time a woman is on the go. The equalizer is about an enigmatic personality who tries to help people in dire need. Using her skills and determination to uncover mysteries and secrets for those who have nowhere else to turn for help.

Despite shows, you can watch CBS movies if you love movies more than shows. 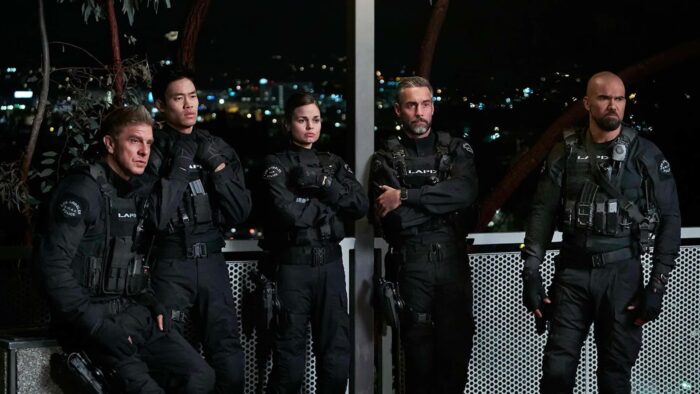 The series follows the life of Sergeant Daniel as and his team of highly trained professionals from the S.W.A.T team to try and fight crimes and solve cases in the city of Los Angeles. They try their level best to achieve success in disposing of any concerns or threats to the public by the use of intelligence and their skills.

Subscribe to CBS by paying the CBS cost and start streaming your favorite shows by getting the CBS free trial. 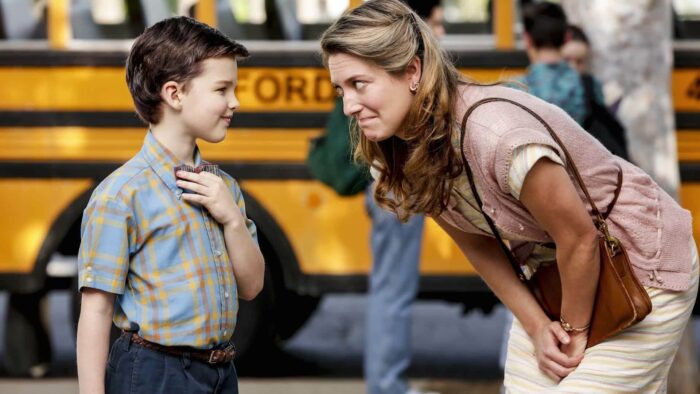 One of the most hilarious CBS shows, this series follows the life of Sheldon Cooper from the Big Bang Theory when he was 9 years old. Being a young prodigy but also socially impractical, he and his family face a lot of comedic problems during his start of high school at such a meager age.

Sheldon despises any sort of social gatherings or contacts but still manages to get through his tantrums with the help of his Mommy, Dad, Memaw, and his siblings Missy and Georgie. 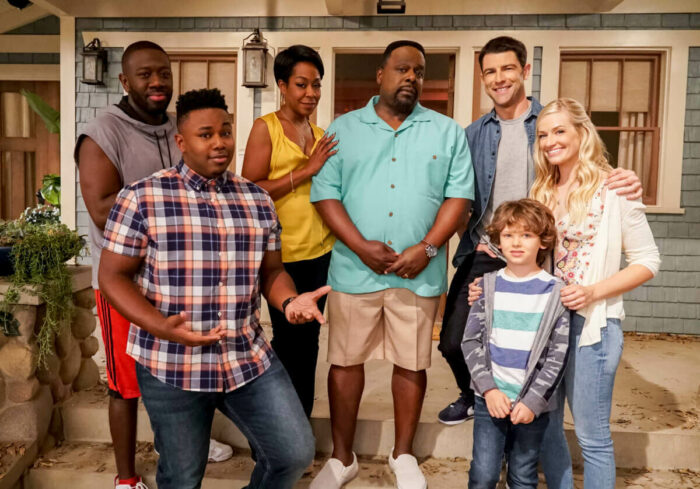 What happens when a happy-go-lucky family mingles with a not-so-over-the-moon family? They try to be neighbors! That’s what this story is all about. When an eager guy moves all the way from Midwest to L.A, it gets tough for him to upkeep relations in this neighborhood. 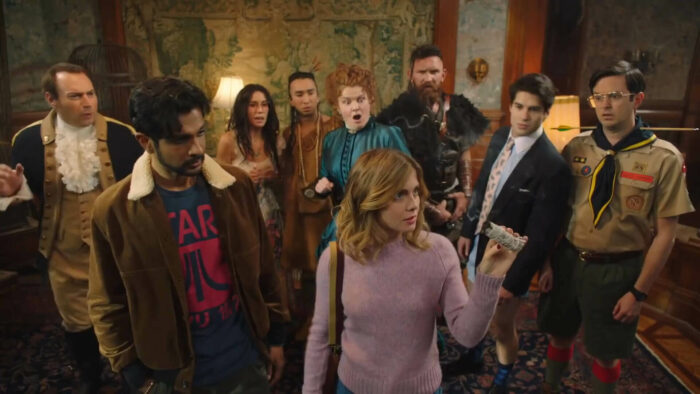 Another one of the hilarious CBS shows, this one is about a young couple who are surprised and quirky to find out that they have inherited a fortune. Although it’s a beautiful country house from the outside just like they dreamt of having one day.

On the inside it’s pretty much a wreck since everything is falling apart and to make it worse, some of the dead relatives and owners of the house haunt it with their ghostly spirits. A reality TV show where bosses of different companies go undercover to their own stores. Pretending to be just someone ordinary proves to them the loyalty and empathy of their employees working in the store. They then decide who gets to keep their job and who was being the best in terms of service.

If you’re done watching your all favorite seasons then you can simply cancel CBS subscription. 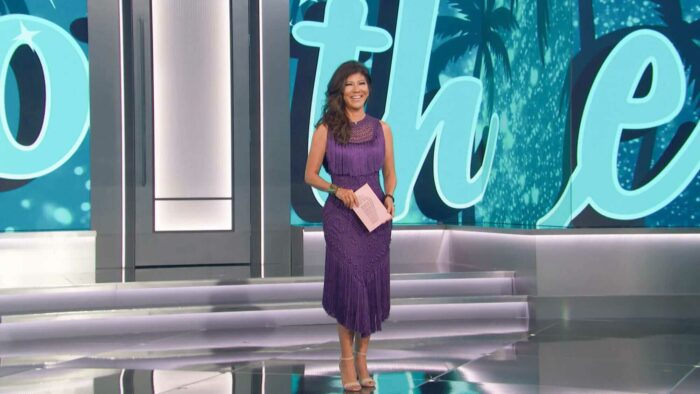 What happens when you put a bunch of different people together in one house locked for a number of days? They are at each other’s tails all day long! That’s the concept of this reality tv show is to make all these people compete for a prize of 500,00 dollars by completing tasks, taking care of the house, making up with the other contestants, and not getting voted out.

Equipped with microphones and cameras all over the place, this show is streamed by an audience watching your every move. 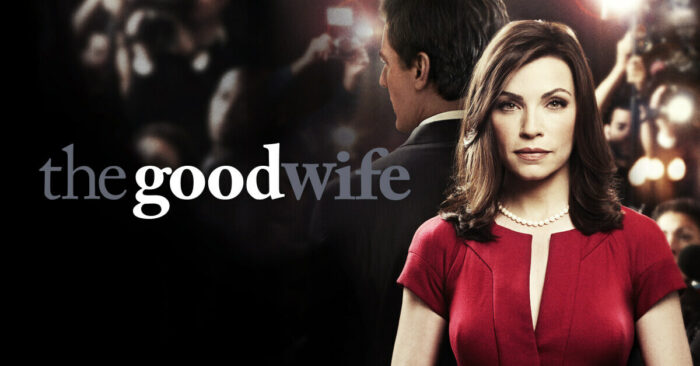 Alicia Florrick’s life might be wreaking havoc right now, but she is all set to kick that away and get back in the game. After her husband is sent to jail for a political and sexual scandal, she dismisses all public humiliations and joins the law firm after 13 years.

Her partner and friend Will are interested to see how well she might perform in the courtroom after all these years. However, when Alicia is offered mentorship by the firm’s litigator, she has to fulfill some conditions. Denying that offer means getting to the top of the mountain on her through merit-based expertise. 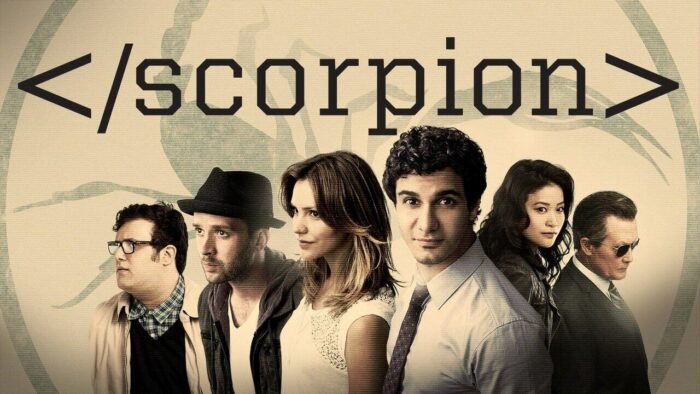 A genius forms a team to lead the problems of the modern-day world. He considers himself to be the last lineage of geniuses but rather acts in very odd ways while around people. Together, he and his team defend against threats and dangers.

This show has a lot of drama and action with a touch of romance and you can also watch other best dramas of all time.

This reality Tv show is based on a competition between two teams to win a grand prize at the end. They must compete with each other in a race that is held in different parts of the world. Whatever the tasks may be, the team has to get to the finish line in order to win.

This show has 34 seasons which is a lot but once you start watching it you will love it and it also creates the suspense of winning the prize. 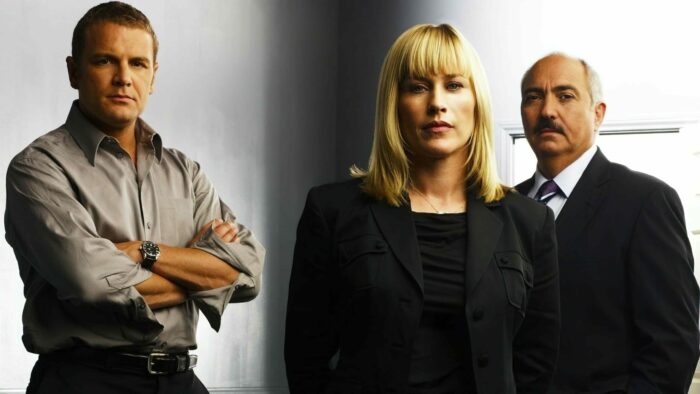 Another one of CBS Shows, where solving the mystery is the goal of the episode. However, in this series its not any ordinary detective or agent but a lady named Allison DuBois who gets visions in her sleep. Ever since childhood Allison has tried to get hold of what her dreams actually mean.

Being a mother of three and a loyal wife, she confides her visions to her husband who at first doesn’t believe her, but a certain chain of events causes him to accept the truth.

They try to convince Allison’s boss about her psychic abilities and how they can use them to understand cases and solve mysteries that went away with the dead. 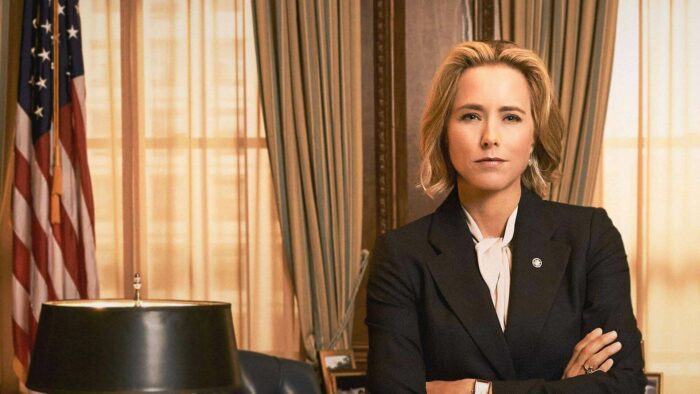 Another one of the CBS procedural dramas where we get to look at the life of a Secretary of State as she manages her work life and family together. She tries her very best to keep and maintain a healthy balance between both while tackling the politics that comes from both ends.

We are optimistic about the choices you might have made on the list of the best CBS shows you will ever come across. Ranging from all types of dramas, realities, thrillers, mysteries, and even some hilarious comedies, you will not be disappointed once you get hooked on one of these shows.

Certainly, they will make up for the best kind of way you could relax on a lazy weekend or just help you bond with your significant other while you are trying to search for activities to do together and end up spending time this way.