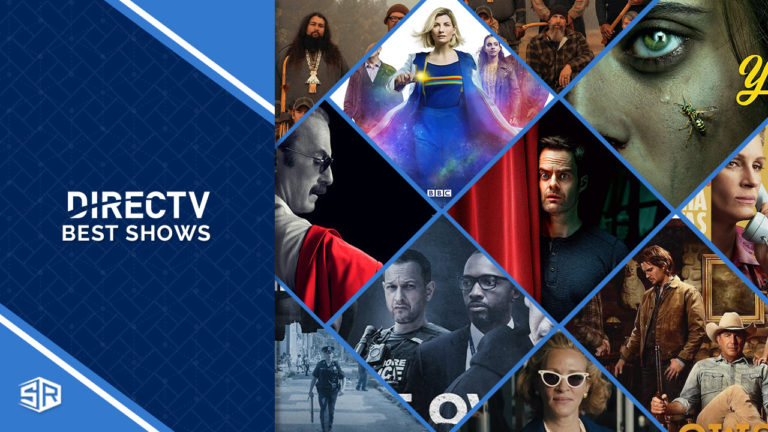 Although most people now opt for streaming websites in place of cable and satellite TV, Direct TV has made a name for itself as a competitor in entertainment providing services. This satellite Pay-TV network has around 93 million loyal customers in America with a decent collection of shows.

We have compiled a list of the best shows available on Direct TV so you can have an optimum visual experience. Aside from highlighting newly released shows and television episodes that have just been added to DirecTV shows, we’ve also included old series that we can’t stop talking about in our social circles.

However, if you are trying to access the DirecTV library outside its regional territory; you will need the best VPN for streaming platforms to watch DirecTV outside USA and its shows. 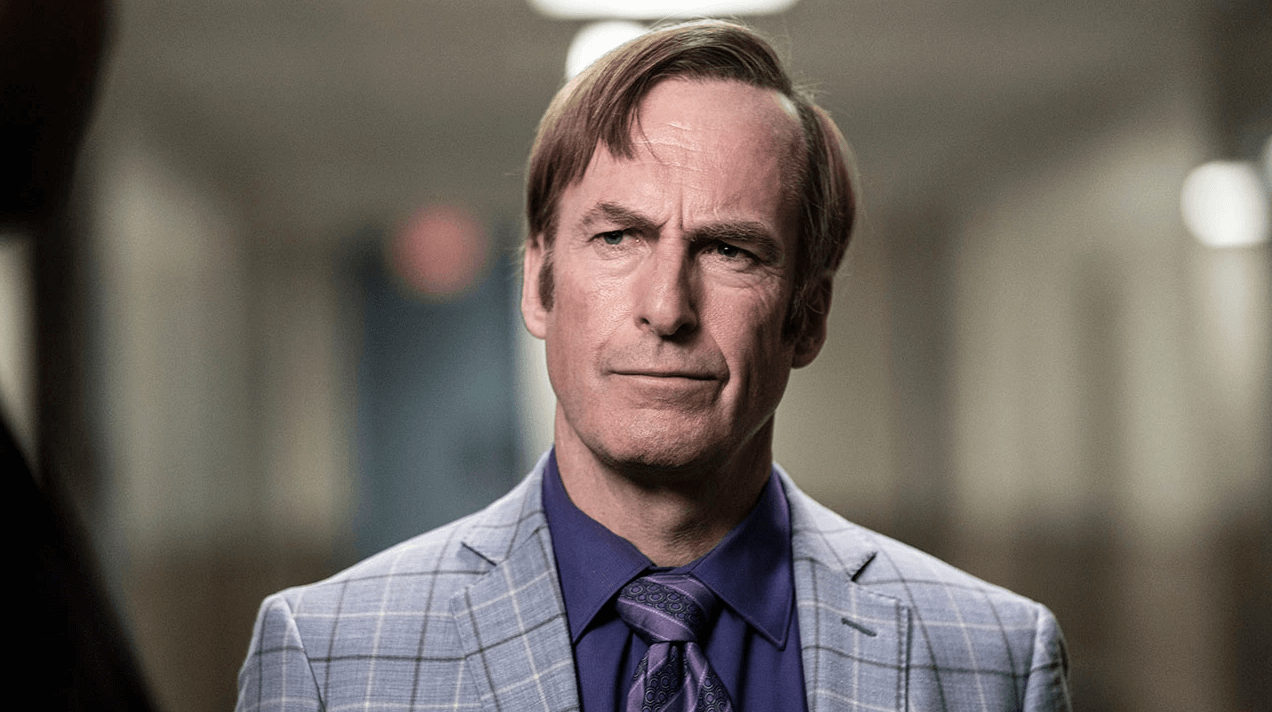 In the years leading up to the establishment of his legal firm in Albuquerque’s strip mall as Saul Goodman, Jimmy McGill faced several difficulties.

Better Call Saul tells the background story of a guy who has to fight for his life in a brutal, exploitative society where everyone is out to get him. Before meeting Walter White, Saul Goodman was Jimmy McGill, an unsuccessful working-class attorney. How did McGill become Mr. Goodman, and how did he end up in a relationship with the infamous ‘Heisenberg’? Looking for new shows on DirecTV? Well, The series is about the Watergate crisis and focuses on various unknown tales, including the subordinates of Richard Nixon, insane fanatics, and the whistleblowers who would finally bring the entire operation tumbling down.

A fresh perspective on the political controversy known as “Watergate,” which occurred in the 1970s, primarily focused on previously unreported events and individuals from the era.

Looking to watch more shows? Then watch the best shows on Peacock TV for more entertainment.  However, if you dont have a DirecTV subscription then read our guide on how to watch Gaslit on a different platform. For a six-episode series, We Own This City. The Baltimore Police Department provides the backdrop for a gripping thriller based on an actual incident. And is one of the best shows on DirecTV Stream.

It’s just a matter of time until the DOJ and the FBI begin their investigations into the BPD and the city. Besides the best shows on DirecTV, you can also watch the best movies on Crave TV. 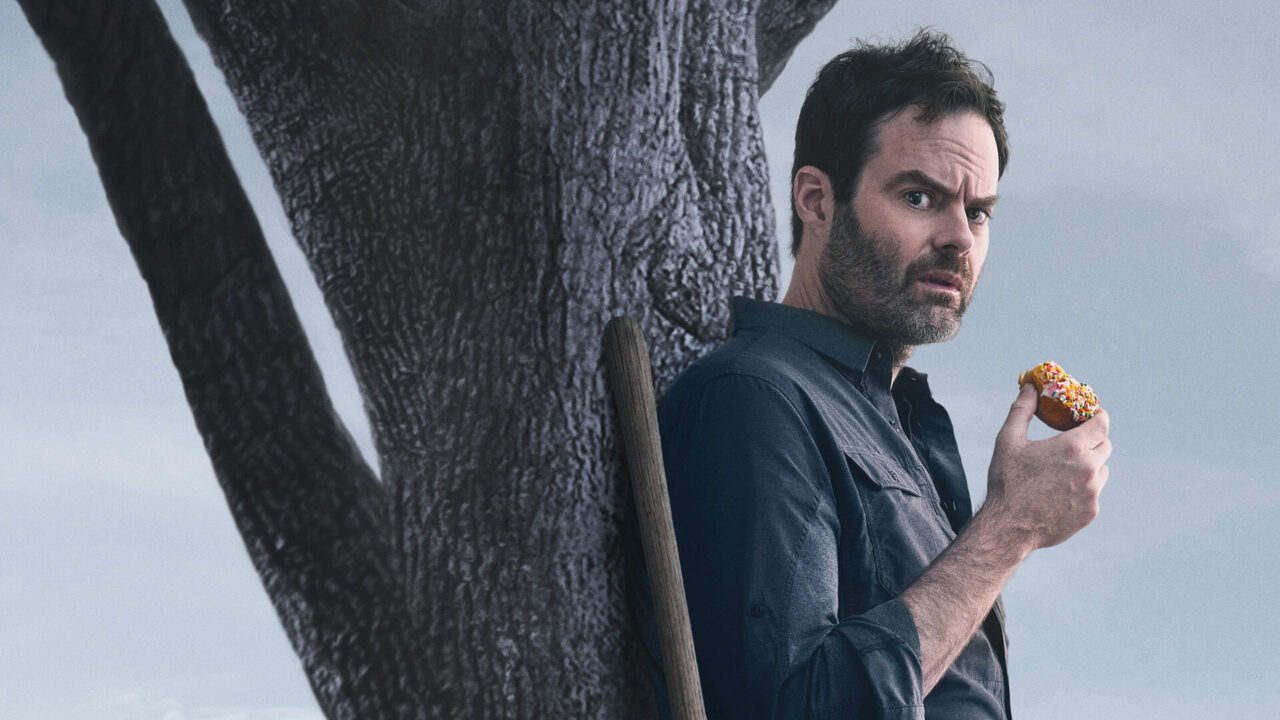 Barry Berkman, a low-level hitman, is miserable and seeks a way out of his situation. Fuches, Barry’s manager, has other plans for the hit man, and the hit man’s criminal history will not allow him to walk away from this situation easily.

On his way to Los Angeles for a hit on a mobster’s wife’s actor, Barry is surprised to discover that the city may be his safe place. In acting class, he pursues his aim and quickly falls in love with Sally, a determined student who quickly becomes his focus. 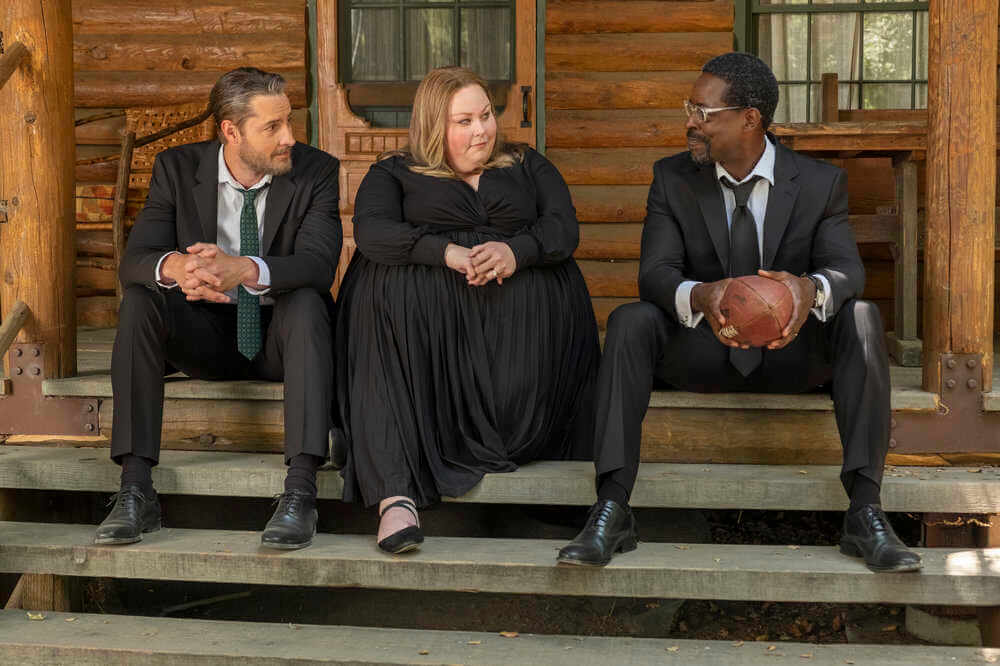 The Pearson family’s generational narrative is told in this heartfelt dramatization. The history of parents Rebecca and Jeck are revealed through love, joy, victory, and grief, while the current lives of triplets Kate, Randall, and Kevin are given new significance.

Father and successful businessman Randall is trying to learn more about his biological family. Kevin decides to go for a more fulfilling profession, which means making tough decisions. Fighting her weight, Kate discovers love and acceptance for herself. 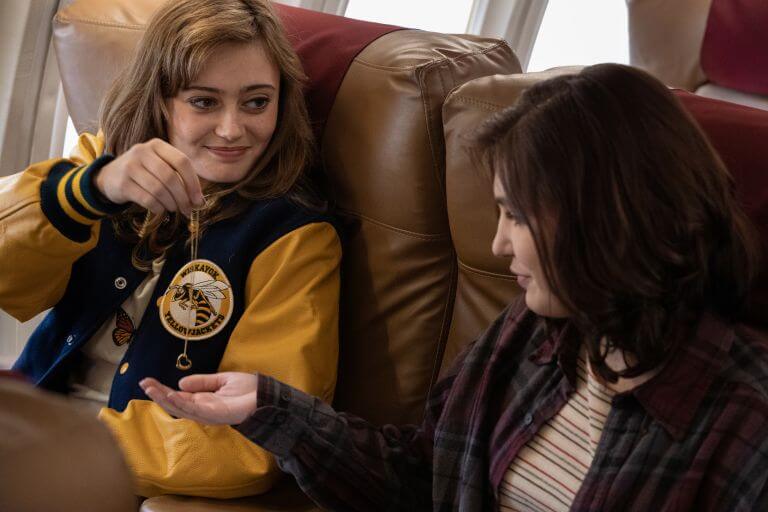 Adolescent battles with one’s inner demons eventually lead to psychosis and, ultimately… cannibalism. A flashback to the present-day life of four Yellowjackets team members in their early thirties is woven into the first season of Yellowjackets to tell what happened in those woods. These is the best shows to watch on DirecTV.

When their aircraft crashes in the middle of the Canadian wilderness, a group of brilliant high school soccer players, known as the “Yellow Jackets,” must figure out how to survive and cope with their newfound fate as the only occupants of an isolated cabin in the middle of nowhere.

For 25 years, they’ve been trying to put their lives back together, illustrating that the past is never really behind and that what started there in the woods is far from done. Shop employee Rose is in the top-floor storage area of Harrods when the mannequins start talking to her. She’s saved by a guy who calls himself the Doctor but shares little about his identity or background.

Using Google, she discovers a guy who thinks the Doctor is an immortal extraterrestrial who has saved the Earth from many catastrophes. Once again, Rose and the Doctor cross paths, and she lends a hand to the Doctor in his war against an alien species made of plastic, whose home planet may have been affected in an earlier conflict. Rose seems to be the ideal travel companion for him. A grieving wife embarks on a cross-country road journey by herself in an attempt to deal with the suicide of her husband. She keeps seeing a guy she believes is following her almost wherever she goes.

Her relief is short-lived as the guy speeds up and nearly causes the lady to crash, but she thinks it’s because he’s following her. Later, in a different location, the same guy approaches her to apologize for overtaking her, causing the lady to feel that something isn’t right. 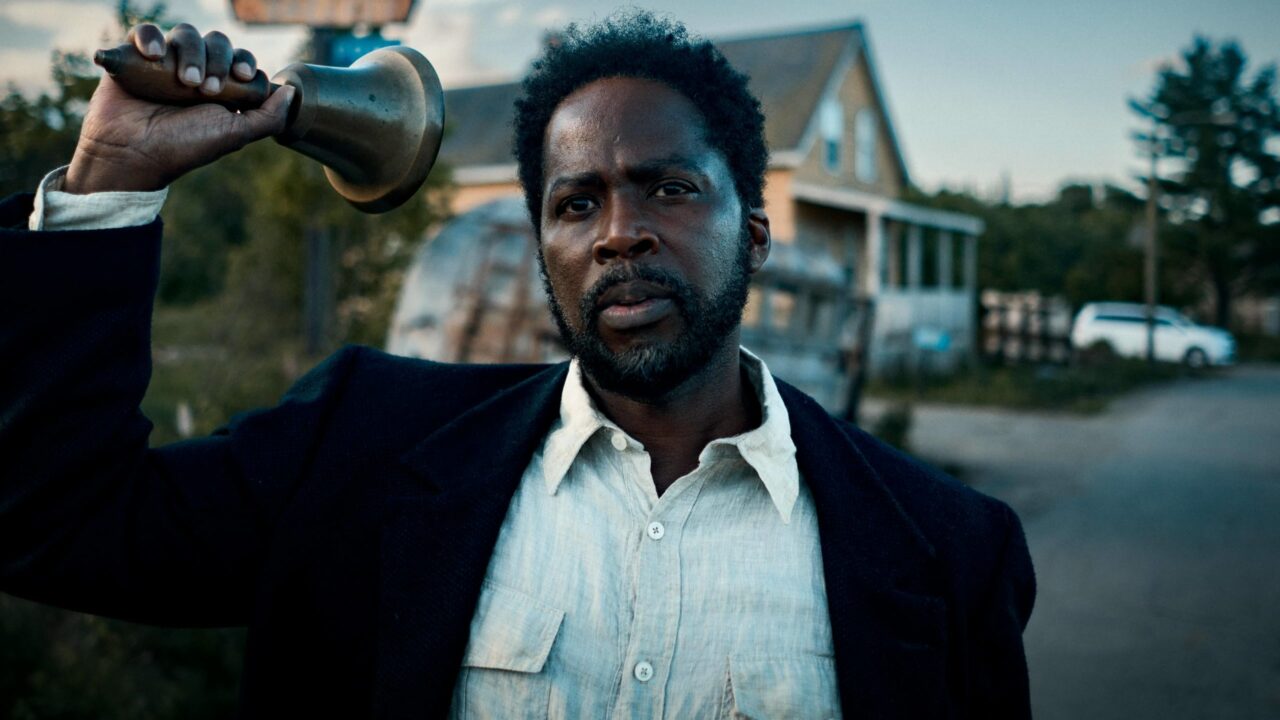 Find out what happened to a city in the center of the United States that enslaves everyone who visits. Despite their best efforts, the people of the isolated village must also contend with the dangers of the forest.

FROM investigates the town of nightmares in the center of the United States, where everyone who enters is ensnared. Maintaining a feeling of normality and looking for a route while battling woodland dangers is no easy task. It is one of the best DirecTV shows 2022. 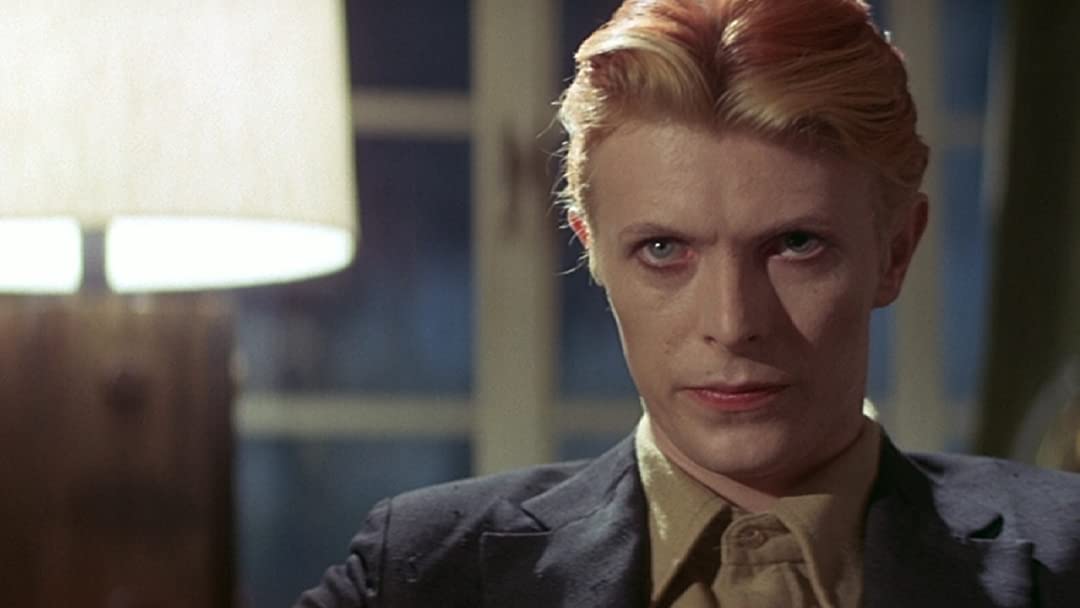 An extraterrestrial spacecraft crashes deep into the New Mexico oil fields on a quest to locate the brilliant scientist Justin Falls, the only person on Earth who can help prevent his species’ extinction.

However, her trust in humanity is at an all-time low as he fights to adapt to our environment and become more “human” They find that to preserve his planet, they first need to save ours. A fantastic continuation of Walter Tevis’s book and David Bowie’s legendary 1976 picture.

Bad luck follows Bob Belcher as he operates his Burger shop with his three naughty kids and his wife Linda as partners. As a ten-year-old boy, Gene is the only successor to the family fortune.

Tina, the 13-year-old daughter of Bob’s rival restaurant owner, Jimmy Pesto Jr., is searching for a love that always seems to come to Jimmy Pesto Jr. In the midst of it all, there’s 9-year-old Louise, who’s a rambunctious power-crazed psychopath. In her spare time, Linda likes to drink wine and sing.

Even in a slew of bizarre occurrences, Bob and his family always come out on top, and the outcomes are always humorous. To play Irma Vep, Irma’s sleek and latex-clad cat burglar with the odd name in Musidora, Maggie Cheung shows there without knowing a word of French, ready to give her all in Paris.

But Maggie Cheung becomes increasingly enamored with her role despite disastrous screenings of daily rushes, extreme sexual objectification on-site, unrequited romances, and enigmatic dreams. However, there is still a question. When will they complete the movie? A bizarre time-reversal transports an English war nurse from 1945 to 1743.

See how a married military nurse from 1945 ends herself in 1743, where she finds herself thrust into a dangerous new environment with no memory of how she got there.

During Claire’s forced marriage to young Scottish warrior Jamie Fraser, a passionate love affair ignites, tearing her heart between two men with wildly different personalities and lifestyles that cannot be reconciled with one other in any way. 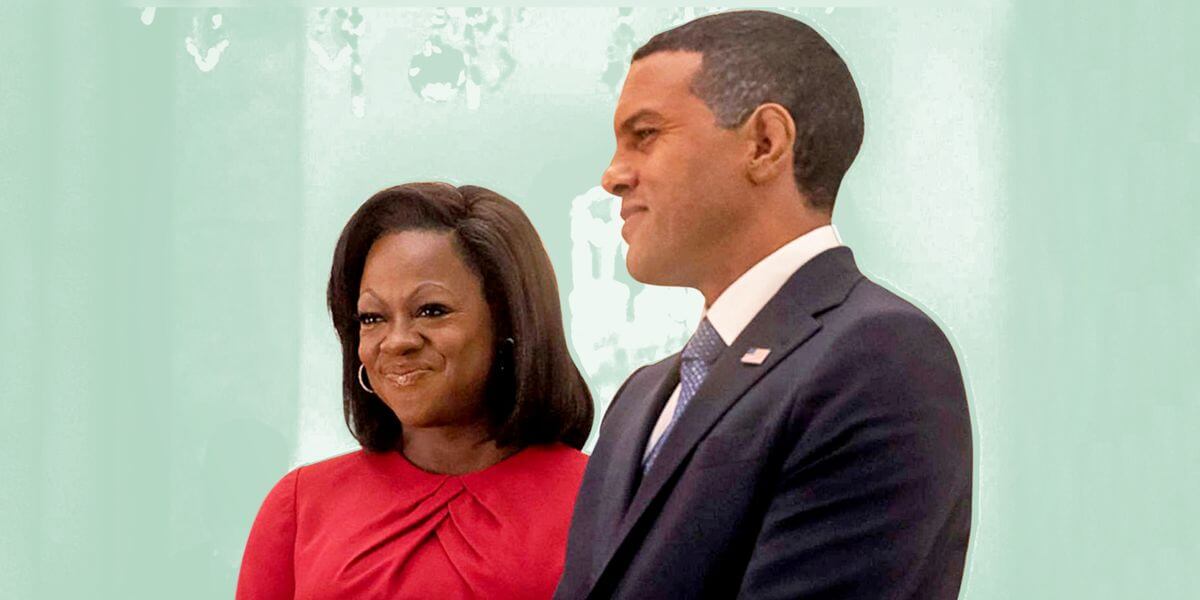 First, women of the United States have made some of history’s most essential and world-changing choices in the East Wing, which is shielded from public view.

With a background of presidential politics and royal charm, First Lady is a classic love comedy.

A lady who isn’t married to the President campaigns for First Lady but gets more than she bargained for regarding a marriage proposal. Dont know how to access this show? Read this tutorial on how to watch First Lady on Showtime. 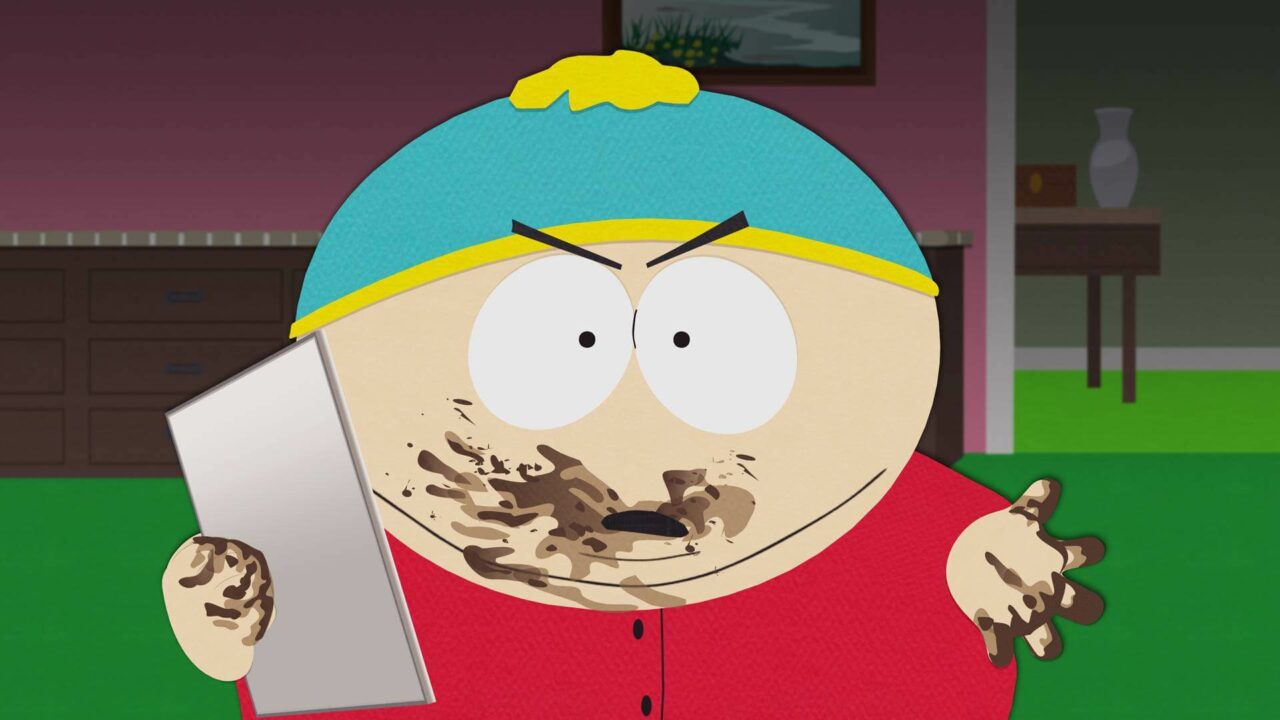 It’s not unusual for Kyle Broflovski to find himself in conflict with other guys at school because of his strict Jewish faith and his orthodox family. Stan Marsh is Kyle’s best friend, a pessimistic but kind-hearted boy who lives with his somewhat weird family.

The lads appear to bring out the best and worst in each other as they go on entertaining excursions across their neighborhood, school, and the globe.

Are you an animated lover? We would suggest you watch the best Disney movies of all time to see high-quality animated characters. 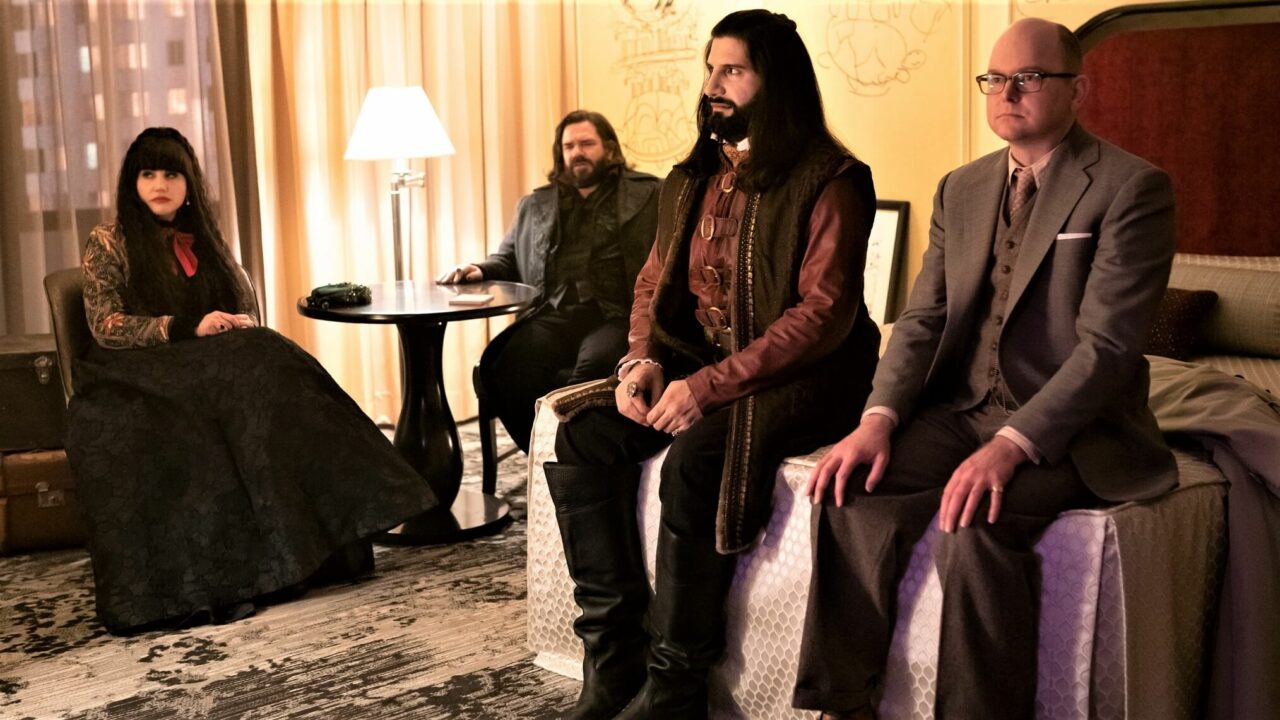 Whoever thought being a nocturnal animal was an easy life must have been joking. Four-midnight flatmates, Vladislav, the Lord Byron wants tobe; Viago, the frilly dandy; the old blood-sucking devil; and Deacon, the rebellious youth, allow a documentary team to chronicle their everyday life in Wellington, New Zealand.

As if adjusting to contemporary society isn’t tricky enough, the pack’s chemistry is thrown off when they transform the human victim Nick into a new vampire, with disastrous results. 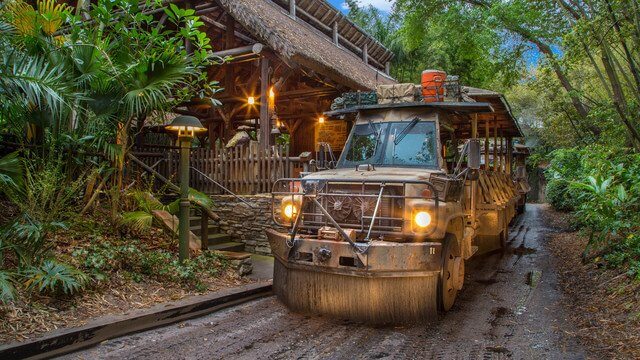 This is a DirecTV Stream show about a Southern California family with illegal acts that fuel their lavish lifestyles in a crime-ridden neighborhood.

Joshua “J” Cody, a 17 years old young boy, moves in with his wild family in their seaside town in Southern California.

After the death of his mother, who dies of a drug overdose, Baz, Janine “Smurf” Cody’s right-hand man, and her sons Deran (the sleazy “baby” of the family), Pope (the eldest and most dangerous), and Craig (the most brutal and most brave middle son) make up the rest of the family’s gang. Besides this show, you can see more best shows on CBC that are worth watching. 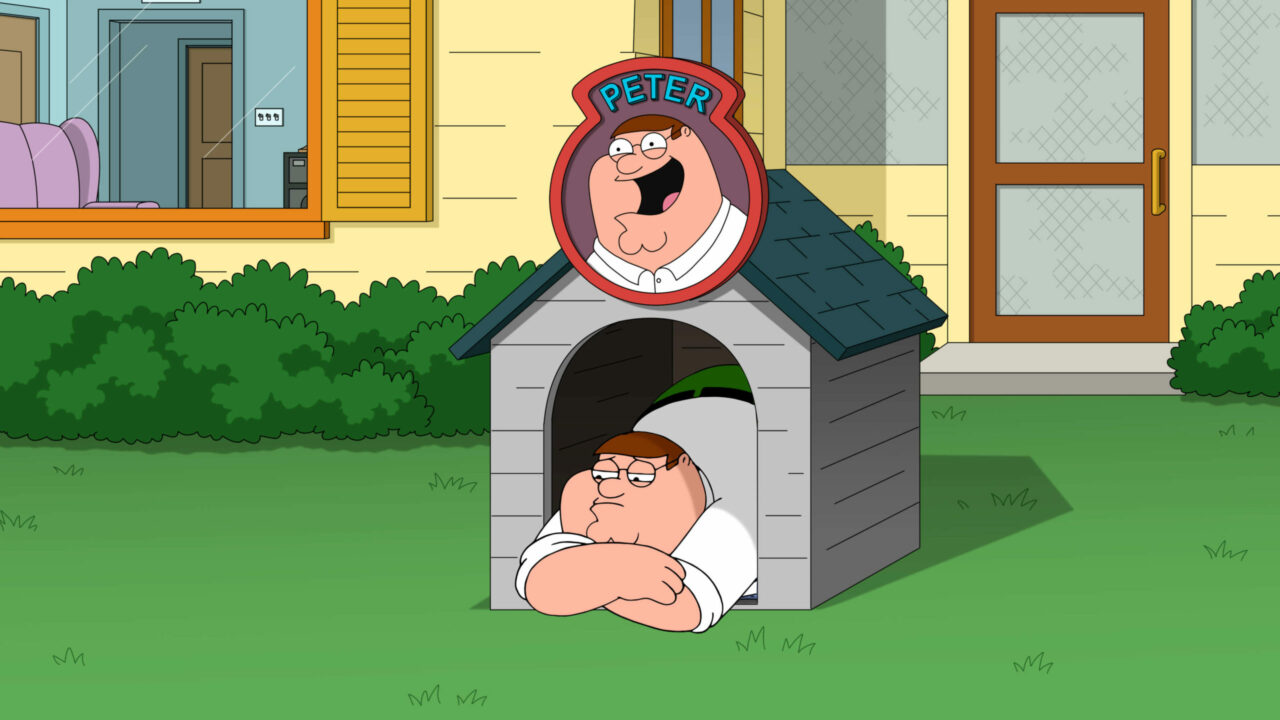 Sick, twisted, and problematic, the Griffins’ adventures are the focus of this cartoon series. With his stay-at-home wife Lois, Peter and his three children live in Quahog, Rhode Island. When it comes to the other sex, Chris, the oldest kid, is uncomfortable and naive.

Stewie, the youngest, is a brilliant infant hell-bent on murdering his mother and wreaking havoc on the planet. Brian, the talking dog, keeps Stewie in check while drinking martinis and dealing with his personal difficulties.

The return of fan favorites or the conclusion of long-running series are common threads running through the most recent additions to our ranking of the best programs available to watch on DirecTV stream shows right now.