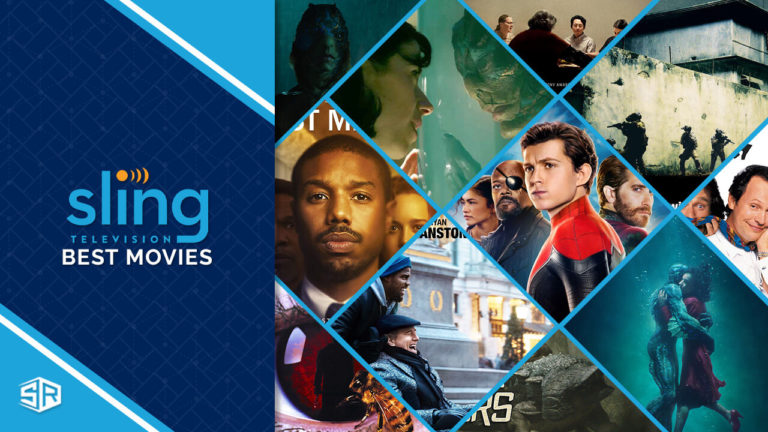 Are you wondering what movies on Sling to watch this weekend? We have comprised a detailed guide of the 20 best movies to watch on Sling TV right now. It is a combination of old classics and some new releases.

Sling TV is a streaming television service. It has multiple fan-favorite channels and a video-on-demand feature for cord-cutters. Sling TV offers 100+ channels and 40,000 movies and shows. In addition, you can find a film of any genre on Sling TV.

However, content on Sling TV is geo-restricted. Don’t worry; to unblock Sling TV, you need the best VPN and know how to use it to watch movies on Sling TV from anywhere in the world.

Let’s get started with our list of best movies on Sling. 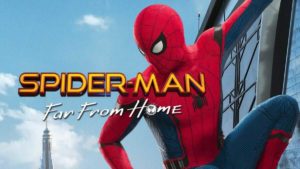 Description: Peter Parker’s school vacation turns for the worst when Nick Fury recruits him for a mission. He soon finds himself saving the world from elementals, each representing earth, water, fire, and air.

Donning his spider-man suit, Nick and his superhero friend Mysterio help him. But, amid chaos, he finds his superhuman persona in danger. 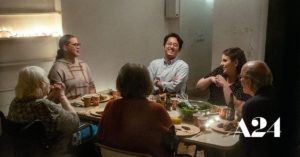 Description: It is a story of a family reunion from Pennsylvania taking place in a pre-war duplex in manhattan. Eric Blake has invited 3 generations of his family to his daughter’s apartment to celebrate Thanksgiving.

Filled with equal parts of love and humor, the movie tells the story of every family, where the dinner starts as usual. But as time passes, the tension in the room heightens, and all the secrets are out on the table in front of everyone. 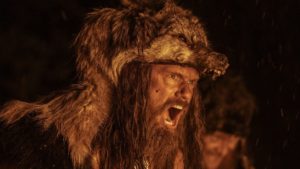 Description: After conquering villages, King Aurvandill was returning home to his family when his brother Fjolnir killed him and kidnapped his wife. Amleth faced parental loss as a kid and ran away from the kingdom to save himself. He promised himself to avenge his father, save his mother and restore the kingdom.

Years passed, and he became a Viking. Then, one day he met with a prophetess who reminded him of his promises. 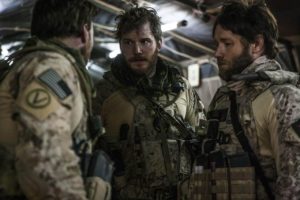 Description: After the tragic event of 9/11, the entire world is looking for the most wanted Taliban leader Osama bin Laden. Two of the US presential administration have worked tirelessly to find him.

In the end, it was the works of a female operative dedicated to her work who found Osama in his compound in northern Pakistan, eventually killing him in May 2011 with a nighttime strike.

This is one of the best movies on Sling TV. Description: The movie shows a start of an unlikely friendship between a wealthy disabled man and his caregiver. Philip has a hired caregiver to help him throughout the day. The Care-giver dell is on parole. But, he is constantly in search of his child and his ex.

The friendship blossoms into something beautiful as both rediscover how to live a life even without things that were once important. 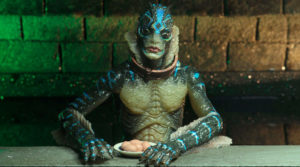 Trailer: The Shape of Water

Description: The government is hiding a secret in their classified labs. They have a mysterious creature living in the water tank from South America.

The cleaning lady, a mute person, finds out the secret. She develops a special bond with the creature but soon finds out that his fate is in the hands of the biologists. 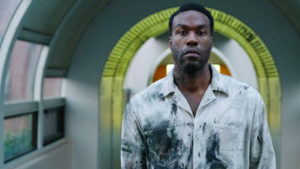 Description: An urban legend comes to life when Anthony, an artist, pays a visit to Chicago’s Cabrini-green housing project after hearing stories of gruesome murders done by the Candyman.

As the series progress, the artist questions his sanity. Finally, he unleashes a massacre and conflicts with his destiny. 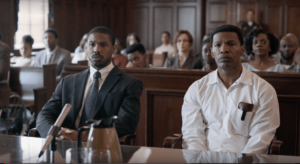 Description: Bryan Stevenson graduates from Harvard with a law degree. Right after graduation, he offered his services to people who could not afford a lawyer or to people who were accused wrongly.

In the midst of all, he finds Walter McMillin, who has been sentenced for killing an 18-year-old. Regardless of countless evidence to prove against it, he was still charged with a murder sentence. In addition, Bryan faces racism and backlash from fighting the case. 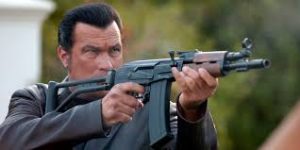 Description: A mercenary is tasked to break out the son of a wealthy arms dealer from the prison of South Africa because of his reputation.

With his friend held captive, he agrees to do it. He later found it that he was cheated. John (the mercenary) hatches an elaborate plan to get even with the arms dealer. 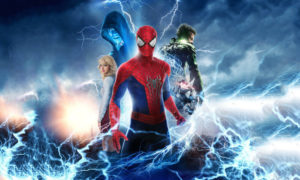 Description: From the list of good movies on Sling, we have a sequel to The Amazing Spiderman. He is confident with his previous wins, Peter Parker embraces his role as a superhero, and his relationship with Gwen evolves.

However, he doesn’t realize that the biggest battle of his life is about to begin. Electro makes entrances and battles with peter. The battle pushes him to choose a way to live his life. 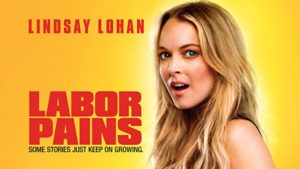 Description: In a desperate effort to maintain her job, a secretary spreads the news of her pregnancy in the office. The boss, scared of a discriminating lawsuit, doesn’t fire her.

Now she has to persuade everyone that she is pregnant. She later finds that faking pregnancy comes with popularity and many job opportunities. 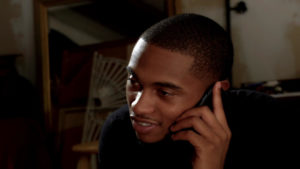 Description: The story follows a 19-year-old boy Chase Washington. He gives his life of comfort provided by his foster dad to crime and violence that his older brother introduced him to.

When the crime goes wrong, Chase faces the worst situation where his life gets on the line. This is one of the best movies on Sling TV. 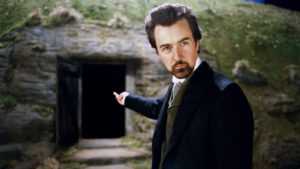 Description: A magician in Vienna gains popularity for his magic. It ranges from mere tricks to raising people from the dead. The magician loves the Duchess a lot. But that brings him into the competition with the Crown Prince.

The Crown Prince is a menace. He gets the magician arrested on the charge of necromancy. 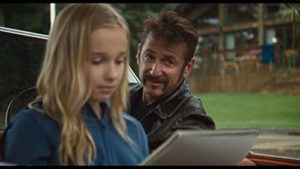 Description: It is a story of a father, John Vogel, who is larger than life, and a daughter Jennifer Vogel who is coming to terms with her past. The father teaches love and compassion to his daughter, but he is America’s known forger.

The movie unfolds as Jennifer struggles to maintain a bond with her father after his notoriety. 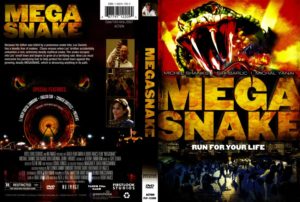 Description: Duff brings a jar of an ancient snake home. The snake is known to grow exponentially large in short amounts of time and devour humans. He accidentally breaks the pot letting out the snake. It starts to eat pets and animals.

Now it is the duty of duff’s brother Les and his friends to stop the snake. 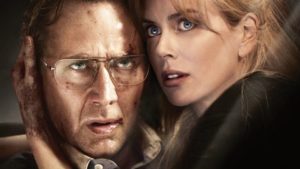 Description: When you are searching for movies on Sling you need to look for Trespass. The story starts with a diamond dealer and his wife living a happy life together surrounded by woods. Their perfect world is shattered and turns into a nightmare when a group of thieves attacks their house disguised as police officers. 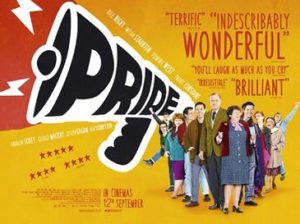 Description: Based on a true story, It depicts a group of activist who stands for the rights of gays and lesbians. They raise money to help the families affected by gender discrimination. However, they soon realize that activists, police, and conservative press all have the same enemy, the British miners.

Tackling current world issues, it ranks high on the list of movies on Sling to watch. 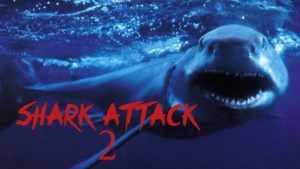 Description: Dr. Nick is appointed to deal with a mutated breed of the great white shark. On its way to the aquarium, the shark gets loose and ends up on the South African shoreline.

Later, Dr. nick discovers that 6 mutated sharks are living in a cave near the beach, and they might attack the people participating in the surfing competition. 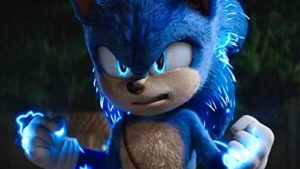 Description: Sonic and his sidekick Tales embark on a journey to defeat Dr. Robotnik and Knuckles in finding a rare emerald. The emerald is known to destroy civilization if fallen into the wrong hands.

To prove he is the worthy hero, Sonic has to find it before it falls into the wrong hands. 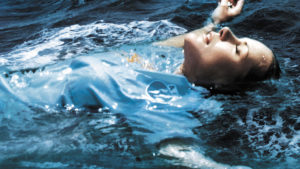 Description: The movie revolves around 6 sharks. It is a project led by couple Nathan and Marla colins. They trained the sharks to protect the US coastal line by planting computer chips in their brain.

However, the experiment takes a wrong turn. Instead of protecting the people, the shark has started to devour them.

There are thousands of new movies on Sling ready to be streamed. The streaming platform has covered all genres. Each movie is better and more engaging than the previous one. But you would get caught up in which movies on Sling to watch now and which ones to skip.

You can also watch free movies on Sling TV through the Happy Hours offered by this streaming service.

Hopefully, our extensive research has helped you reduce browsing time and focus on all good movies on Sling. We promise that you will find something for yourself and your family in our guide.