How to Watch Disney Plus Malaysia in March 2022 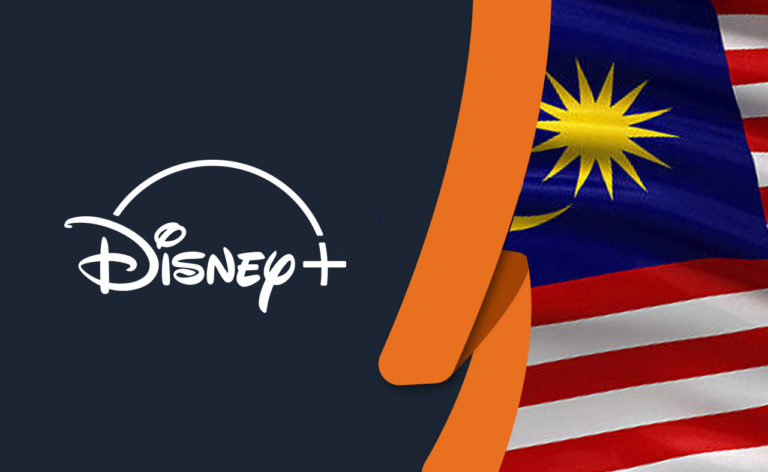 The wait is finally over: Disney Hotstar has officially debuted in Malaysia, with around 800 movie titles and 18,000 episodes of blockbuster series from Disney’s legendary brands such as Marvel, Star Wars, Pixar, and National Geographic.

Disney Plus is expanding its network as it is currently available in 30 countries so far, and it recently entered Mexico, UK, and Malaysia as well. You can now see your favorites on Disney Plus Malaysia now.

Although Malaysia has excellent free streaming services such as Tubi TV, iFlix, and Viu, they are no match for the great Disney Plus. It’s a wonderful streaming platform to subscribe to because it has titles from Marvel, National Geographic, Pixar Studios, Star Wars, and Disney Original content.

How Do I Subscribe to Disney Plus Hotstar in Malaysia? [Easy Ways]

You may simply subscribe to Disney Plus now that it has been released in Malaysia in two ways.

Astro is the exclusive authorized distributor of Disney Hotstar in Malaysia. As a result, you may enjoy the vast content of Disney+ Hotstar in addition to the Astro movies bundle. Furthermore, streaming it with Astro is cost-effective because you can access world-class content on Disney+ Hotstar for an additional 5RM.

The Disney + Hotstar subscription is already included in your Astro plan; however, you must activate it. You may activate the Disney plus subscription Malaysia by providing your cell phone number. Once activated, you may access the incredible Disney+ Hotstar collection, and your cell number is linked to Astro.

You may also subscribe to Disney  Hotstar without having an Astro account. The method is simple and does not require any complicated passwords. All you have to do is sign up via the website or the Disney + Hotstar app. It will need your cell number as well as a four-digit SMS verification code.

The costs for Disney + Hotstar are RM54.90/3 months, which are pretty reasonable given the extensive library. You can pay with a credit card (VISA, Mastercard, or AMEX) or a debit card. You may also pay via FPX’s online banking. Furthermore, you may access Disney Hotstar on numerous devices with a single membership.

Hotstar Vs. Disney Plus USA

Disney Hotstar is a partnership between Disney Plus USA and the Indian streaming service Hotstar. Both streaming services have fantastic stuff to offer, whether it’s old classics or new releases.

In addition, Disney has the National Geographic Channel, while Disney Hotstar provides popular Indian entertainment. You may watch a variety of local entertainment in addition to Disney, Marvel, and Pixar movies like Star Wars, Soul and the fault in our stars, etc. Disney + Hotstar costs RM 54.90 for three months (RM18.30 each month).

Difference between Disney Plus Hotstar Malaysia vs Disney+ USA

Disney Plus USA costs $7.99 per month, whereas Disney Hotstar Malaysia costs 33.47 RM per month. Disney Plus USA has a large library of content, however, Disney Plus Malaysia does not contain all of the stuff that Disney Plus the USA does. It does precisely what it claims to do.

It’s not quite as smooth as the genuine Disney Plus service offered in the US, but it’s absolutely enough. It would be preferable if we could log in using a username and password rather than simply our phone numbers. Multiple user profiles would also be really beneficial, particularly for managing our watch lists and creating a kids profile for more parental control.

How to watch Disney Plus Malaysia [Quick Guide]

Follow these 4 simple steps to unblock Disney Plus Malaysia:

Why do you need a VPN to access Disney Plus Hotstar?

Following are the 3 best VPNs for Disney Plus Hotstar that you can use to access the service in Malaysia:

After testing 20+ VPNs, we recommend ExpressVPN to watch Disney Plus as it not only unblocks Disney Plus in Malaysia but has also proved to be the fastest in terms of speeding.

It has a network of 3000+ servers in 94 countries. All of its servers are protected with AES 256-bit encryption, and it has all top-of-the-line safety features.

Though ExpressVPN is a pricer service, you can avail of the limited 12month + 3 free month offer. This offer will help you enjoy the unmatchable services of free ExpressVPN for a period of 3 months by subscribing to the package at US$ 6.67/mo - Save 49% and get 3 extra months FREE with 12-month plan.

This VPN can also be used to watch Disney+ in Hong Kong, and other channel guides like watching ZEE5 in USA, and also SonyLiv in USA.

Surfshark is an affordable choice for unblocking Disney+. You can buy Surfshark at just US$ 2.30/mo - 82% Off on 2 Years Plan for its 2-year package. Also, it offers unlimited multi-logins, and thus you can share your account with whomever you want. It offers 3200+ servers from 64 countries with 500 dedicated servers from the US.

You don’t have to worry about your online security and privacy with Surfshark as it offers excellent security features including AES 256 encryption.

This VPN can also be used to Hotstar in USA, and watch ITV in USA.

Unblock Disney Plus with Surfshark

NordVPN – Largest Server Network for accessing Disney Plus in Malaysia

NordVPN is also a great option to unblock Disney Plus. It has 5470 servers in 59 countries and offers optimal security. NordVPN has AES 256-bit encryption with a strict no-logs policy which ensures that none of your data is stored. Moreover, it provides a surety of no IP and DNS leaks.

NordVPN offers its VPN at US$ 3.49/mo - Save 60% on 2 Years Deal. It also applies other tunneling protocols like PPTP, SSTP, IPSec, IKEv2, and OpenVPN for maintaining the online privacy of its clients. NordVPN allows up to 6 simultaneous connections along with features like a kill switch, friendly user interface, and dedicated streaming mode.

However Disney+ Thailand is not launched yet but you can use NordVPN to access Disney+ US library. This VPN can also be used to watch TVNZ in USA or Kayo Sports in USA.

How to Download the Disney Plus Hotstar App in Malaysia-USA Version?

By following these simple instructions, you may simply download the Disney Plus app in Malaysia.

Best shows to watch on Disney Plus

Below is the list of the best shows to watch:

Best Movies to watch on Disney Plus

Below is the list of the best movies to watch:

You may also read: How to get Disney+ Free Trial

You can watch Disney+ in Malaysia on the following devices:

How much does Disney Plus cost in Malaysia?

Disney Plus Malaysia price is  $6.99 per month, which equals around 28 MYR per month. The annual subscription costs $69.99 per year, which equals 283 MYR per year. You can choose the payment duration yourself, whether you want to pay monthly or annually.

Is Disney Plus available in Malaysia?

Yes, Disney Plus is now available in Malaysia. You can watch your favorites now without any hassle.

How many users & devices are allowed on Disney Plus Malaysia?

A single account can support up to 5 devices. This ensures that in Malaysia, you may watch Disney Plus Hotstar on 5 different devices at the same time.

Can I stream Disney + Hotstar on my PlayStation 4?

What is Disney+Hotstar Malaysia?

Disney Plus Malaysia is official now, and we have provided you a complete guide of how to watch and which shows are available. Before June, it was geo-restricted, and this is why we recommend people to use a VPN like ExpressVPN to access them. VPNs not only help you to bypass the geo-restrictions, but they also allow you to bypass ISP throttling so that you can enjoy seamless streaming.