How to Watch Hotties 2022 Outside USA 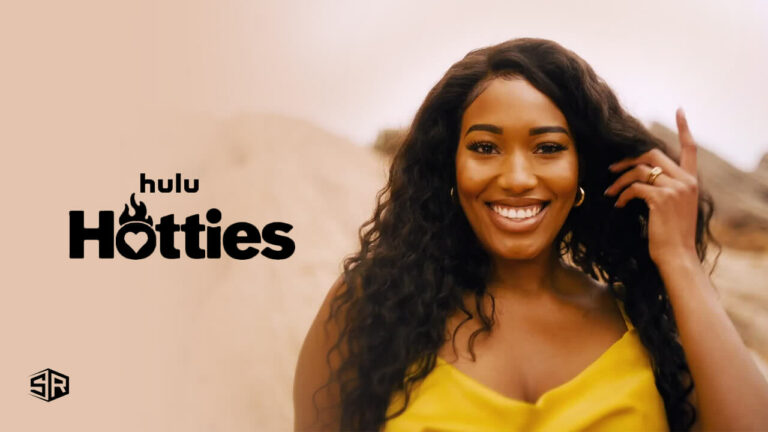 Have you ever seen a dating reality show featuring a cooking challenge? Most likely not, but that’s what the upcoming Hulu show “Hotties” is all about. If you’re overseas and find the show’s innovative concept interesting, you’re probably eager to learn how to watch Hotties 2022 outside USA because Hulu is unavailable outside the USA.

To bypass Hulu’s licensing and copyright agreements, you will need a VPN. A robust and well-functioning VPN connection can aid viewers virtually anywhere unblock titles available on Hulu, including Hotties 2022.

Sounds interesting, right? Read this blog till the end to learn how to use a VPN service:

Here are the things to take care of so that your journey of watching the upcoming dating reality show:

Yes, the official Hotties (2022) trailer is available on Hulu’s YouTube channel. Hulu released it on the 19th of July, with over 10K views. You can watch the trailer here:

Hulu is where you should watch Hotties (2022) this August. The fun dating show with a cooking and eating twist will be directly viewable for subscribers in the US. But elsewhere, you’ll likely struggle moving beyond the highly irritating “Hulu isn’t available to watch in your location” error.

To overcome this annoyance, you’ll require a secure and dependable premium VPN connection. The connection will mask your current IP and switch to an American one, leading Hulu to detect you as a viewer from the States.

For the most highly secure, fast-paced streaming experience, opt for the VPN service trusted by millions across the globe, ExpressVPN.

Hotties 2022 is coming out on the 16th of August 2022 on Hulu (Tuesday). The blind date plus cooking and eating competition comes from the creators of Hulu’s hit baking and cake decoration series Baker’s Dozen. The show will feature ten episodes (set for simultaneous release), each lasting 30 minutes, with a cash prize at stake.

Jade Catta-Preta leads the cast of Hotties 2022 as the show’s bubbly, very amusing, and high-energy host. Jade, a comedian by profession, has previously worked extensively on the E!’s series titled “The Soup.”

The other prominent name joining her in the Hotties cast will be actress Patrice Hodge, who will be one of the show’s contestants.

Hotties (2022) is a hybrid dating competition, a cross between the standard blind dates between attractive singles seen in most dating shows and crazy,  fast-paced cooking and eating challenges.

The show’s main idea is to see how couples deal with the pressure of cooking and the spiciness of the food they have to eat to succeed. The show’s host, comedian Jade Catta-Preta, will judge the quality of the dates and their cooking and eating performances.

When a couple succeeds in impressing Jade with their on-screen chemistry, antics, and humor, they get the option to go on another date to win $2,500 more or to divide their existing winnings and go their separate ways forever.

How many Contestants are there in the show?

Four contestants will feature in the upcoming dating reality show Hotties streaming on Hulu this August. As is visible in the show’s trailer, all the contestants are very attractive looking, full of energy and a deep ambition to win. One of the contestants is an actress (Patrice Hodge) who will join the other unknown stranger and participate in the show’s wild fun.

Why ExpressVPN is a Recommended VPN to Watch Hotties 2022 Outside USA?

ExpressVPN is the best VPN to watch Hotties 2022 outside USA because it offers reliability, speed, and multilayered security. If you want to know more about this provider, you can read the description of the provider here:

The service’s impressive network of 3000+ servers in 94+ countries gives subscribers instantaneous access to the speediest servers.

And via its MediaStreamer DNS, ExpressVPN works even on gadgets that are otherwise hard to connect to VPNs (e.g., Smart TVs). You can simultaneously share the VPN’s connection across multiple devices (five or fewer) with just one subscription.

ExpressVPN takes the protection of your privacy to the next level. If your connection ever drops, the Kill Switch ensures your network’s safety. And your data moves through AES-256 encryption, reaching security levels usually reserved for security experts and government agencies.

As an avid user of multiple streaming platforms, ExpressVPN will help you effortlessly unlock your favorite shows and TVs across US-based platforms, including Disney Plus, Hulu, Netflix, Paramount+, Amazon Prime Video, and HBO Max.

ExpressVPN offers its annual subscription at just US$ 6.67/mo - Save 49% and get 3 extra months FREE with 12-month plan, yielding a massive 35% discount over monthly pricing.

And to make sure you’re completely satisfied before paying a single dime, you can avail of the 30-day moneyback guarantee, making it entirely risk-free to check all ExpressVPN’s features firsthand and you can enjoy your favorite titles like What We Do In The Shadows, Ms. Marvel, and The Bear with ease.

The director of Hotties (2022) is Bruce Klassen, also one of the show’s executive producers and writers.

Yes, Hotties (2022) is a reality dating show that adds the twist of fun outdoors cooking and eating.

Yes, you can watch Hotties (2022) on Hulu when all of the show’s ten episodes release at once on the 16th of August, 2022. You’ll require reliable VPN connectivity outside US boundaries to bypass the platform’s viewing restrictions.

Hotties (2022) is an upcoming dating reality TV show that entertainment-hungry fans won’t want to miss. If you’re not in the States, subscribe to the completely secure, super fast ExpressVPN and watch Hotties 2022 outside USA. So, get your subscription today and get ready to binge through all ten episodes back-to-back.