How to Watch Naruto Movies In Order: Chronological Guide 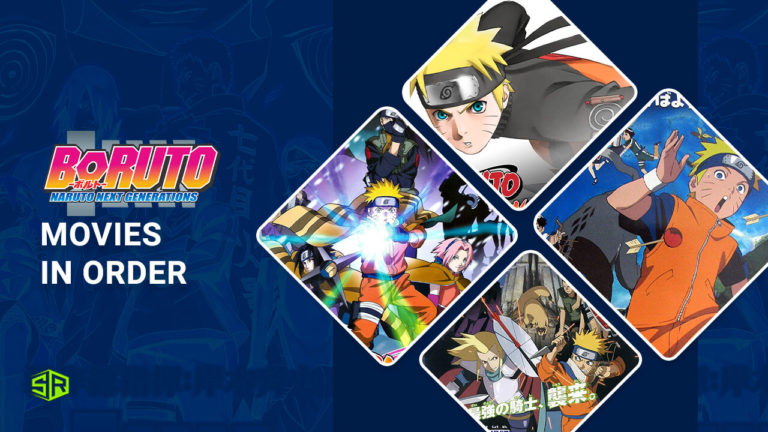 Naruto is a world of ninjas, magic, and spirits. We follow the titular character, Naruto Uzumaki, as he and his friends strive to become the top ninjas in their village, Konan. The story is one of perseverance, sacrifice, redemption, and family.

Having made its debut in 1997, the Naruto movies in order has gone on to become one of the most popular manga franchises of all time. Naruto Uzumaki is a teenage ninja who aspires to be the next Hokage, the greatest ninja in the world, and the leader of his village. It was succeeded by Naruto Shippuden, which aired from 2007 to 2017.

The manga was converted into an anime series between 2002 and 2007. Today we’re going to explain how you can watch the Naruto manga series. Keep in mind that we will have minor spoilers as all these movies and storylines take place at specific points in Naruto’s journey.

Naruto is a fantasy and martial arts movie if you want to watch some other of the same genre. We also have a list of the best Hobbit movies in order for you.

The Right Way To Watch Naruto Movies in Order

Naruto has unquestionably led the way for modern Shōnen anime with its immensely motivational lessons, visual effects, and iconic Naruto run. It is one of the most popular and longest-running anime series ever. If you’re wondering how to watch all Naruto movies in order on Netflix, then the simplest method is, to begin with, Naruto (2004), then move on to Naruto Shippuden (2007), and finally to Boruto. Since they are often unrelated to the main storyline, you can view Naruto Shippuden movies in order of release.

Let’s go straight to the list of all the Naruto movies in order:

Naruto and the crew are off on their next important assignment after a thrilling game of hide-and-seek with Konohamaru. The crew is on their way to shoot the film’s concluding sequences in the Country of Snow, a land permanently blanketed in snow. Their mission is to transport Fujimi Yukihime, a stunning actress, to a remote mountain in which the sequel to last summer’s box office blockbuster film is being shot.

The film begins with a ninja from the hamlet fighting mysterious invaders in the sand. Naruto, Sakura, and Shikamaru are then seen hunting down a ferret for what they believe will be a simple task.

They quickly discover the truth when they are ambushed, and Naruto is separated from his teammates after a struggle with a mysterious young fighter in armor.

Of course, things aren’t always as they seem, and there are plenty of conflicts out there for everyone. The combat scenes’ animation and dynamics are outstanding and really entertaining.

This is the second one on the list of Naruto movies in order and perhaps the best one. If you like some superhero movies then you can watch Marvel movies in order.

Naruto The Movie 3: Guardians of the Crescent Moon Kingdom (2006)

Michiru and his child Hikaru are lovable protagonists who go through intriguing arcs of growth as they learn to be better and more caring individuals. In this film, we meet Kakashi Sensei and Sakura once more, and Rock Lee joins them on their quest.

Naruto, Sakura, Lee, and Kakashi are tasked with protecting a prince and his son in this chapter.

As soon as they reach their location, they learn that the king has been deposed, and moreover, mysterious shin-obi are collaborating with the new councilor. After which, they have a fight, and the prince is kidnapped, forcing Naruto and his group to rescue him.

This time, in this Naruto movie he is tasked with defending a princess named Shion, who has the capability to read the future (specifically, the death of an individual) and foresees Naruto’s demise. The only way to get away from it is to get away from Shion, which would leave her vulnerable, and then the demon, whose sole purpose is to kill Shion, would do so, bringing the world to an end.

The movie contains some interesting mythologies, and the priestess is a fascinating character with a compelling past. Naruto Shippuden is noticeably darker than previous Naruto movies in order.

Flying shinobi from Sky Country have suddenly ambushed Konoha. It turns out to be retaliation for Konoha’s destruction of the Sky Country during the Second Great Ninja War.

Shinou and Amaru, a doctor, and his apprentice appear at Konoha at the same time, demanding assistance for their town on the fringes of Fire Country, which has also been invaded by the Sky Country. Hinata, Sakura, Naruto, and form a three-man cell to escort and assist Shinou and Amaru on their journey back to their village.

Naruto Shippuden The Movie: The Will of Fire (2009)

The Fire Naruto Shippuden movie revolves around the belief in the ‘Will Of Fire’ and how Kakashi (Naruto’s Sensei) is attempting to sacrifice himself for his town, if not the Ninja World.

He taught Naruto and Sakura early on in the plotline that while breaking the laws and abandoning duties is considered wrong, abandoning friends and comrades is considered the worst. Naruto must decide whether to listen to his teacher now and keep out of his way or to go after him using the techniques he taught them previously.

Naruto Uzumaki, Sakura Haruno, and Sai are tasked with apprehending Mukade, a renegade ninja on the hunt for the ancient chakra Ryuumyaku, which is hidden beneath the Rouran ruins. Mukade’s purpose is revealed to be a latent leyline within the ruins; he awakens the leyline’s power, causing light to surround Naruto, transporting him 20 years into the past.

Despite the fact that the Ryuumyaku has been sealed by the Fourth Hokage, the group is unable to stop Mukade from releasing his strength. As a result, Naruto and Yamato are both engulfed by a powerful energy burst before they can flee.

Naruto’s fight to recover his honor is about to begin! Naruto is imprisoned at Hozuki Castle after being convicted of a terrible crime he did not commit. Mui, the warden, rapidly seals Naruto’s chakra in order to keep him from rebelling. Unbeknownst to him, there are some pretty interesting things going on. Refusing to relinquish himself, Naruto plots his escape while befriending Ryuzetsu and Maori, his fellow detainees.

Naruto and Sakura are transported to a universe where both of Naruto’s parents are still alive and well. One of the best Shippuden movies.

The film begins with a prologue to the attack of the Nine-Tailed Demon Fox, which is followed by a flashback to the present timeline, where the 8 warriors of Akatsuki, who are supposed to be deceased are instead alive and fighting the Konoha shinobi, which unnerves Sakura. The fight goes on until Naruto is apprehended by Kakuzu. Sai frees Naruto by chopping off a portion of Kakuzu’s arm, forcing the Akatsuki to flee. There’s a lot more to see in this film.

NaruHina is the protagonist of this film. This Naruto episode starts by showing that the moon is starting to fall, and if it continues at this rate, it will crash into the Earth. With Hinata, Sai, Shikamaru, and Sakura, Naruto must face enormous peril on a mission to preserve Hanabi and the world.

Naruto begins his final story after finally comprehending what and who he must protect. The countdown to the planet’s survival has begun. The progressive shift from hatred to love understanding throughout Naruto’s tale makes this a fitting conclusion to the series, as it addresses the concerns of self-preservation against selflessness, in striking comparison to the war-torn era of sorrow and anxiety that precedes Shippuden.

A new generation of genin has continued in their parents’ footsteps over a period of 10 years after the Fourth Shinobi World War, and Naruto has realized his dream of becoming the Hokage. Naruto’s 12-year-old kid, Uzumaki Boruto, has never witnessed war and hence has never seen his father as a hero. Boruto doubts the importance of hard labor.

The headstrong adolescent is eager to demonstrate to his often-absent father how powerful he’s gotten as he prepares for the Chunin Exams. The plot of this film is amazing, and it will captivate the audience the whole time.

Despite its numerous fillers, Naruto remains one of the most popular shounen anime series. It also includes some of the most memorable, inspirational, and thought-provoking phrases. Naruto is a clear and concise anime with a terrific and interesting plot.

Not only that, but it also takes you on a fascinating tour through Japan’s ancient culture. Without doing any research on the anime series, figuring out where all of the Naruto movies fit into the franchise timeline might be difficult. In the above article, we have provided the right chronological as well as release order to watch Naruto movies in order.