“The French Dispatch” Cast, Release Date, and Everything You Need to Know! 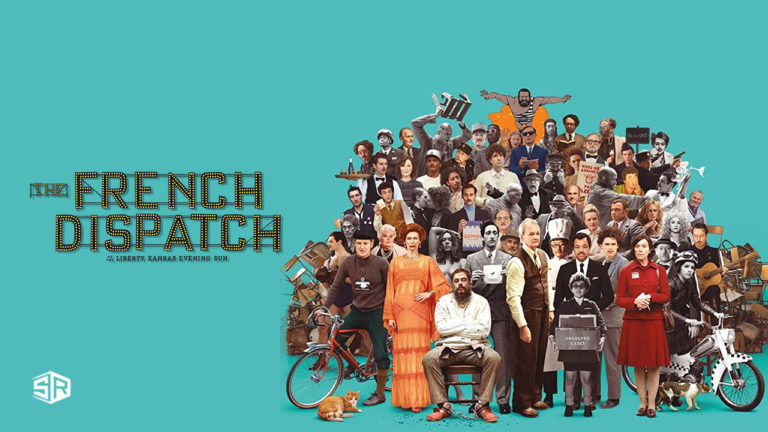 Take a deep breath! The French Dispatch is all set to release in theatres on 16th October. Fans are getting crazy because the cast and the plot of the movie are enough to entice you to see the movie.

Take a look at how beautifully IMDB describes the film:

“A love letter to journalists set in an outpost of an American newspaper in a fictional 20th-century French city that brings to life a collection of stories published in “The French Dispatch.””

You’re not alone in wanting to know what all the fuss is about. But we are here to give you every little detail of the movie, so just continue reading this blog.

What is the release date of The French Dispatch?

The French Dispatch will hit the theatre on 16th October 2021. But you’re probably more concerned about when you will be able to watch The French Dispatch online. Well, it is expected to hit streaming platforms (either Disney Plus or Hulu), but the exact dates of its online release are not yet confirmed.

For now, get ready to watch the most exciting movie of this month in theatres.

Below is the exciting released trailer of The French Dispatch:

The starring cast of The French Dispatch is sure to blow you away.

Stars featured in The French Dispatch include:


Where to watch The French Dispatch?

The French Dispatch must first be released in theatres before it can be streamed, so you’ll have to wait a long time to see it. The film will be released on October 16th, but only in cinemas.

Wait a bit longer to watch the movie on streaming platforms, and don’t worry about how to watch it because we’ll keep you updated with every single detail to help you watch The French Dispatch online.

The film’s distributor, Searchlight Pictures, is owned by Disney. Since Disney controls both Disney+ and Hulu, The French Dispatch may very possibly air on one or both of these platforms.

Also Read:
How to Watch Hulu outside USA
How to Get Disney Plus Free Trial

The release trailer of The French Dispatched has increased the excitement level of the fans and they just can’t wait for the release of the movie!

So, will you take the risk of exposing yourself to COVID-19 by watching the movie in a crowded theatre, will you be wise enough to wait for its release on a streaming platform?