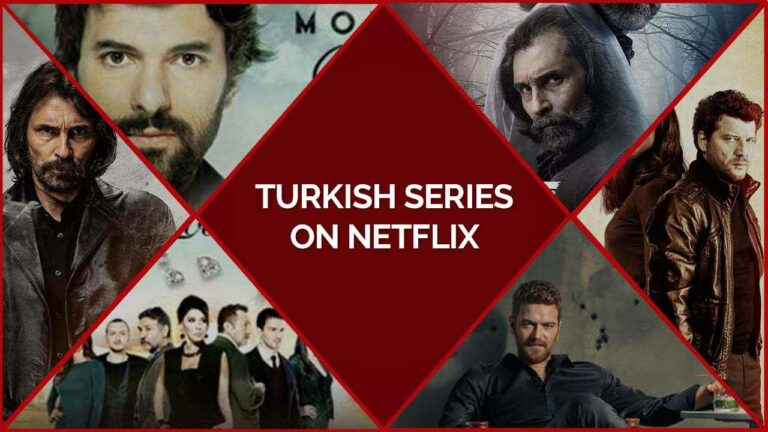 Turkish filmmakers have made a wide variety of series for their viewers. Turkish Series, also known as ‘Dizi,’ are slowly gaining popularity in the West. Most of these Turkish series are dubbed in English and are fully loaded with lots of drama, thrill, love, and action.

Listed below are some of the best Turkish series on Netflix that you would love to watch. They are a full-time entertainer to stream at any moment.

To bypass the geo-restrictions on these Netflix shows, remember to use a VPN. It will help you spoof your current location. We suggest ExpressVPN as the best VPN for streaming.

So, without any further wait, below is the best Turkish series list for you. 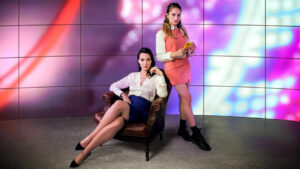 Plot: Not aware of the bigger picture, Gen X is constantly trying to stay put with the new world, new business ways, and social media. It tells of the undeniably substantial gap between the two consecutive generations.

Asli’s story moves against this backdrop. Asli tries to fly like a crow instead of believing in the hard work’s merit to climb the stairs of success.

The series advances and questions Asli’s chances of winning or losing with these new world methods undertaken to reach the top and become the most reputable person. 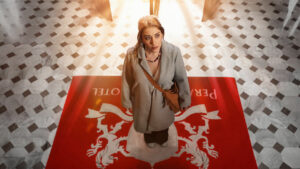 Plot: This series, based on the widely popular Charles King novel, explores the history of modern-day Turkey, focusing on personalities who contributed to the city’s transformation into what it is today.

Ezra is a reporter seeking her next big scoop. She travels to Istanbul’s renowned Pera Palace, a hotel renowned for its fascinating past and eerie unexplained occurrences. Esra is abruptly transported to 1919 one tragic night and finds herself there.

There, she encounters a variety of significant historical individuals, including Mr. Halit. He holds the key to Esra’s return to the present and the election of Mustafa Kemal as Turkey’s first president. 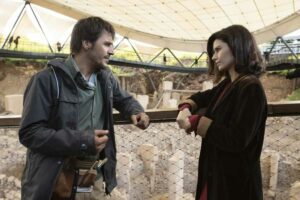 Plot: A discovery made in Göbeklitepe, the oldest temple in the world, abruptly changes Atiye’s quiet and content life in Istanbul with her family and her lover, Ozan. While excavating in the area, the archaeologist Erhan finds a symbol that illustrates the mysterious connection between Atiye and Göbeklitepe.

This enigmatic occurrence opens a different door to what Atiye is chasing. She chooses to explore the old temple in search of her past. Atiye will question everything between the past and the present, honest and the spiritual, as this riddle is unraveled. 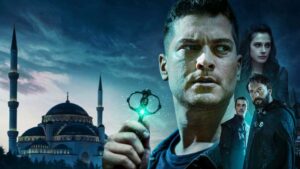 Plot: Hakan is the antithesis of a hero. However, when he discovers that he is a part of a mysterious, ancient organization responsible for guarding Istanbul, his contemporary world is turned upside down.

He must discover swiftly that the enigmatic, mythical Immortals are a menace to his hometown, and his responsibility is to stop them. Will Hakan live up to his destiny as the last protector, even though he is ill-equipped and reluctant to do it?

If the fictional content excites you to the core, you shouldn’t miss watching any Alien movies on Netflix. These titles speak a lot about the strong bond between humans and aliens. 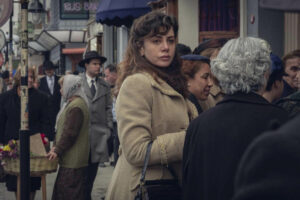 Plot: One of the best-rated Turkish series on Netflix is The Club. In 1955, Matilda, an ex-convict, was employed by one of the notable nightclubs.

In addition to working to repair her relationship with her daughter Rasel, Matilda also wants to get rid of Fistik Ismet, the source of Pera’s problems.

The almost hellish atmosphere at the nightclub transforms into a home for the staff when Matilda starts working there. 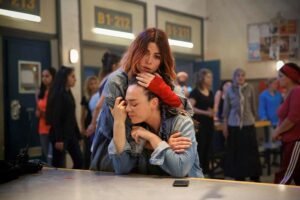 Plot:  Deniz Demir and Hakan are married and have a daughter named Ecem. Hakan, a man with behavioral issues, attempts to shoot his wife and child one night.

Ecem accidentally kills her father while defending herself and her mother. Deniz, who was trying to shield her daughter, accepts responsibility for the murder and enters prison, where she encounters an utterly unfamiliar environment and tries to get used to it. 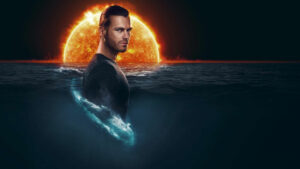 Plot: It’s another best Turkish series on Netflix 2022. Arman, a free-spirited marine researcher and dive instructor is about to board a submarine for a research mission. But unfortunately, Arman and his scientist team must enter a military submarine when the sun begins killing everyone above to survive.

Tensions develop amongst the sailors as they try to understand what is happening above them and the military sub’s true goal, particularly between Arman and Umut, the boat’s second captain.

In addition to fighting for his life, Arman will earn a double opportunity with his true love. Eventually, he will discover that he is a leader, a legend, and a hero.

If you love action-thriller, this series is similar to all the best action movies on Netflix. 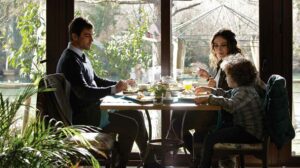 Plot: Ali Nejat Karasu is a former car racer and playboy turned businessman. He oversees Karas Holdings, which his father founded as part of a conglomerate while making a fortune in shipbuilding. While visiting Italy for work, he and his friend Ayhan meet the endearing pediatrician Naz.

Suddenly, Ali Nejat becomes the sole parent of his unidentified kid Kaan. Ali Nejat eventually turns to Naz for support as he tries to balance his life as a new father and a businessman.

Kaan is familiar with Naz. Naz’s husband, Umut, is a mechanic for Genco and Isot. Ali Nejat notices his design abilities and recruits him to work as a designer on his automotive project. 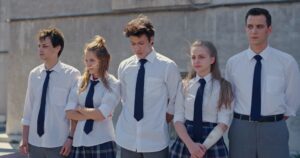 Plot: Love 101 is the best love Turkish series on Netflix. It follows the tale of five students and their love for their teacher, leading them to do something unbelievable.

The series follows four misfits and a model student trying to make their teacher fall in love with their basketball coach. During their mission, they find friendship, courage, and love to be themselves. Thus, the series tells a unique tale of love and its impact on a person’s life.

Once you watch this show, you’ll want more of its kind. We recommend you watch all the best comedy movies on Netflix that would keep you thrilled all the time. 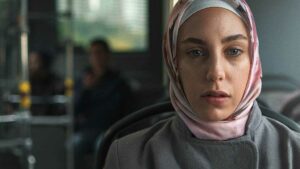 When these people meet, their fears and wishes intertwine, getting them closer. Moreover, the more their fates intertwine, the more they connect at a deeper level. Watch the series to learn more about what follows once they click. 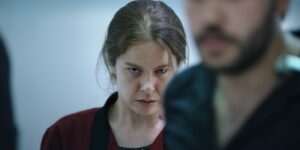 Plot: As she looks for her missing husband, Zafer, who has just been released from prison, Fatma, a regular cleaning lady, commits an unexpected murder. Unfortunately, when Zafer’s shady underworld allies learn about her doings, she is forced to continue killing to survive in this man’s world.

She also gets away with it since no one suspects her to be anything more than a regular cleaner. As a result, she becomes an invisible killer. In the end, she uses murder as an outlet for the years of struggle and anguish she has suppressed, forcing her to face a new aspect of her identity. 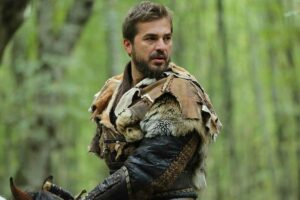 Plot: Nomadic Turkish tribes fought into the newly promised land as the holy, bloody crusades spread through the Middle East. After Suleiman Shah passed away, his son Erutgrul Ghazi, a youthful yet courageous warrior, was left in control of his tribe.

Ertugrul and his allies battled through the wicked guys from the Crusaders to the Byzantine. Finally, however, a massive issue emerged on the horizon. Their camp was under assault from the treacherous Mongols, led by the renegade Noyan. 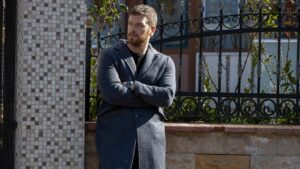 Plot: 50M2 follows the life of a henchman who betrays someone close to him to seek and uncover the truth of his past. He assumes a new identity to fulfill his mission in a small town in the Istanbul neighborhood.

Google escapes his past as a hitman and takes refuge in a small town neighborhood tailor shop. He pretends to be Adem, the son of the recently died tailor named Adil. Because of its impeccable storyline, we have added it in the list of best Turkish series on Netflix. 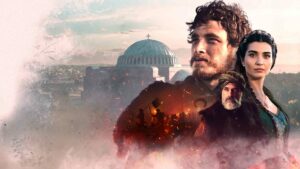 The series follows Ottoman Sultan Mehmed II and his journey to shape history’s course for centuries. The series shows how Ottoman wages an epic campaign to win over Constantinople’s capital Byzantine by his wit. 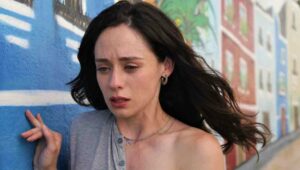 Plot: Alba is a brave young lady. She visits her hometown for a vacation. She goes for a good party night, which turns for the worse when a bunch of boys sexually assaults her.

The next day, she wakes up on the beach wearing her entire outfit the next morning. However, a year before, just when she had left her life behind, she ran into her friendly neighbor Bruno in the big metropolis.

Alba and Bruno’s unprecedented encounter leads to an unbreakable bond, and nothing can keep them apart except that terrible night. Unfortunately, Bruno’s three closest friends are three of the four assaulters. Moreover, her terror intensifies when Alba learns who the fourth assaulter is. 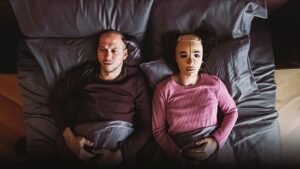 Plot: Wild Abandon is a new Turkish series on Netflix that follows the life of an architect named Oktay Uysal and his family. Oktay is fed up with his life and runs from his family one night. While at the airport, he learns of a storm overtaking Turkey’s skies, so he decides not to leave.

Oktay returns home and bribes his security guard to delete the footage of him leaving the house. Oktay is believed to have a successful life with a wife, two kids, and a massive apartment with an exceptional view of Istanbul.

However, his family is going through their issues, which makes it difficult for them to cope with each other.

For its intense comedy that would make you laugh throughout the show, it is one of the best shows on Netflix that you shouldn’t miss. 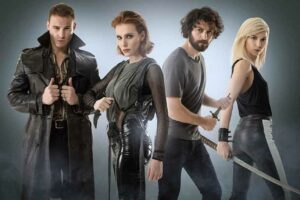 Plot: Mia is turned into a Vampire by Dmitri. However, Mia’s biggest wish is to return to being a human. So she works closely with young rebels to defeat Dmitry, who turned her into a vampire to resurrect herself.

As the series follows, the paths of Mia and Dmitry will cross in an upscale nightclub in Istanbul. Mia will continue to be in love with both good and evil vampires. There is no doubt that Immortals is one of the best Turkish series on Netflix. 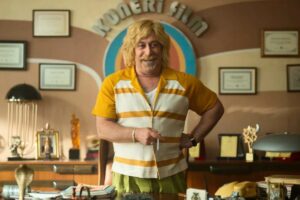 Later on, he branched out to directing movies of different genres. He directed and produced films ranging from Sci-Fi to medieval action. Some of those films were a huge success. 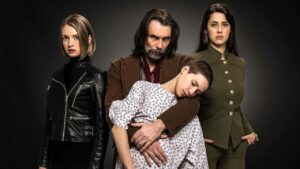 Plot: The series follows the experiments of a genetic professor Murat, who is working to find a cure for his comatose sister Ezo. He feels sorry for his father’s death and his sister’s condition.

Recently, he discovered a medicine that could cure Ezo. Without permission, he tries the first dose on himself, unexpectedly changing his life. It launches Murat’s alter ego seeking revenge for his father’s death and his sister’s condition. It’s the best Turkish series on Netflix USA, with a great IMDB rating. 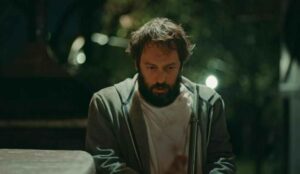 Plot: The series follows the life of a detective, Yusuf. He is divorced but still tries to control his ex-wife’s life. As a result, their daughter lives in another house with another man. Yusuf is a homicide detective assigned to a mysterious murder case in his hometown.

So he visits his hometown intending to solve the weird issue of retired police officer Cevdet’s family. Cevdet had two sons – Taner and Tarik. Taner and Tarik’s wife met in a car accident, but Taner’s body was never found. While solving the case, Yusuf comes across various hidden truths about the people of his town.

Besides, other series of different genres have a significantly extra touch that makes them different from other regions’ series.

There is no doubt that the shows and movies on Netflix are extra-ordinarily amazing. However, the Netflix library differs in every country. If you want to watch any content that is unavailable in your country, use a VPN. ExpressVPN is the highly-recommended VPN for Netflix.