How To Watch Netflix In China [Updated Guide in 2022] 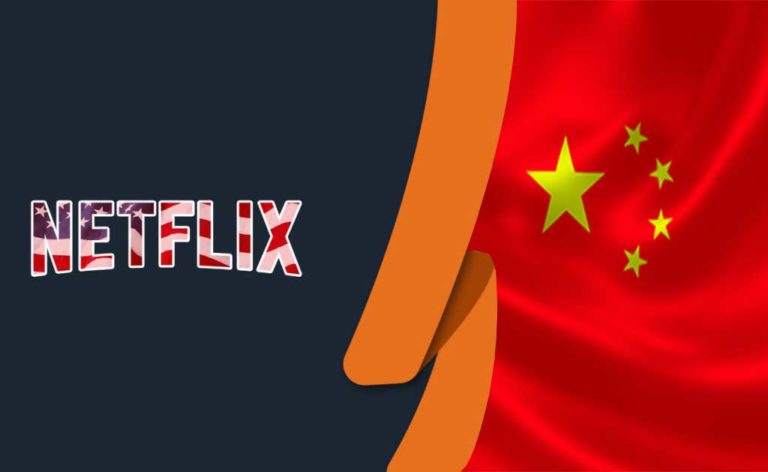 According to a 2020 report by CNN Business, Netflix added 9.3 million paid subscribers in the Asia Pacific last year, marking a 65% increase as compared to 2019. However, the streaming giant remains unavailable in China. So, if you’re in China and wondering how to watch Netflix in China, let us tell you that you’ll need a VPN for it.

Netflix is not available in China due to China’s strict policies. Although Netflix offered a deal with China, it failed to reach any positive conclusion. iQIYI is the most commonly used streaming platform in China, and from the looks of it, it might remain the leading platform for years to come.

Here’s what its Co-CEO and Chief Content Officer, Ted Sarandos had to say about Netflix China strategy: “Netflix has not “meaningfully” invested in trying to break into the Chinese market “in the last couple of years,” and it’s not likely to happen “any time really soon.” However, it plans to tap the Mandarin-speaking market for its expansion.

Stream Netflix with the best VPNs like ExpressVPN because they are reliable, enabling you to access Netflix in China by connecting to the Netflix region’s servers, so let’s find out how to watch Netflix in China;

How to Watch Netflix in China [Easy Steps]

Follow the four easy steps below to get American Netflix in China:

How to Watch Netflix in China [Video Tutorial]

Why is Netflix not in China?

Wondering why is Netflix not available in China? Netflix is not in China because it does not have a licensing agreement in this country. It has never been launched in China. You can access the Netflix website from China but cannot view the shows and movies in its content library.

Although Netflix is available in many other countries, but its content library is different everywhere. You can access a different Netflix library when you change the server location on a VPN. For instance, if you want to watch American Netflix content in China, you must choose a USA server from the list of servers.

Why do we need a VPN to watch Netflix in China?

Due to restrictions on content distribution, Netflix is unavailable in China. You need a VPN as it helps you to spoof your Chinese location, making you appear on the Netflix site as if you are from the USA (if you select USA server location on a VPN).

When you try to access Netflix from China without a VPN, you get the following error on your screen.

Location restrictions on Netflix in China without a VPN.

Using a VPN is your best bet to watch Netflix while in China despite the geo-restrictions.

If you already have a VPN subscription and are planning to travel to China, ensure that the VPN app is installed on your streaming device. It is recommended because most VPN websites are blocked in China.

Well, if you are already in China, there is nothing to worry about. You can use premium VPNs like ExpressVPN in China.

Watch Netflix in China with ExpressVPN

In a Hurry? Here is a Quick Overview of the Best VPNs to watch Netflix in China

After testing 20+ VPNs, we have shortlisted the three best VPNs that you can use to watch Netflix in China:

ExpressVPN tops our list of the best VPNs to get American Netflix in China for its high-speed servers and buffer-free streaming.

It has a large network of 3000+ servers in 94+ countries, including 20 plus American server locations. We connected to the server located in New York City to enjoy watching the series on Netflix.

The speed of its servers is excellent, and the bandwidth it provides allows users to stream even in 4k quality anywhere without any lags. We also performed a speed test, and the results amazed us. The download speed was 89.38, and the upload speed was 84.66 on a 100 Mbps connection.

All ExpressVPN servers are protected with AES 256-bit military-grade encryption, which protects your data and allows you to stream anonymously.

You can get ExpressVPN at the price of US$ 6.67/mo - Save 49% and get 3 extra months FREE with 12-month plan. You also get a 30-day money-back guarantee, so if you use ExpressVPN for streaming Netflix, you will notice that the service is way better than all of its competitors.

With the help of ExpressVPN, you can also watch Harry Potter on Netflix.

During our speed test, it gave exceptional speeds on the following US servers for Netflix in China:

2. Surfshark – Affordable VPN to Get Netflix in China

Surfshark is a popular VPN to get Netflix in China because of its low cost and premium features. It is offered at the price of only
US$ 2.30/mo - 82% Off on 2 Years Plan and allows users to connect unlimited devices on one account. The unlimited devices feature makes the cost cheaper.

Worldwide, it has 3200+ servers in 65+ countries, and in the USA, it has 600+ servers in 20+ locations. We connected to the Las Vegas server on this VPN to unblock American Netflix in China.

You can use Surfshark for accessing Netflix as all of its servers are protected with AES 256-bit encryption protocol and have a kill-switch feature that disables your connection in case of an internet disconnection to protect you from IP and DNS leaks.

It is a risk-free VPN with a 30-day refund policy and 24/7 live customer support. If you are a sports fan, you can also enjoy watching China National Baseball League abroad with this VPN.

During our speed test, Surfshark gave impressive speeds on the following US servers for Netflix in China:

NordVPN is a user-friendly VPN to unblock Netflix in China as it has more than 5543+ servers in 60+ countries, out of which 1970+ servers are in the USA.

All of its servers encrypt traffic with AES 256-bit encryption. NordVPN is a trusted VPN to unblock Netflix because it does not leak IP or DNS and bypasses the Netflix firewall effectively.

NordVPN charges US$ 3.49/mo - Save 60% on 2 Years Deal and provides high-end features. It has a special feature for instantly unblocking popular sites, like unblock Starz Play or watch Amazon Prime Video outside the USA.

When you initially subscribe to the service, you get a money-back guarantee for one month. If you need any technical solution or have a sever-related query, you can contact the customer support team 24/7.

During our speed test, NordVPN gave decent speeds on the following US servers for Netflix in China:

Do free VPNs work in China?

Yes, some free VPNs work in China, but we strongly recommend not trying to access Netflix in China using a free VPN. Firstly, free VPNs have very limited servers, most of which are blocked by Netflix.

Also, free VPNs are home to malware and are infamous for IPv6 and DNS leaks. Free VPNs are unreliable, and most of them give a “proxy/VPN detected” error.

Even if a free VPN works, it will get blocked by Netflix after some time. Furthermore, free VPNs are slow and are infamous for selling the users’ information to third parties.

For all these reasons, we recommend using only paid VPNs like ExpressVPN.

Methodology: How to choose the best VPN to watch Netflix in China?

If you are wondering how to choose the best VPN to watch Netflix in China, here is our methodology that would help you make the right purchase decision:

What is the most popular Chinese drama on Netflix?

The most popular Netflix Chinese drama is Take My Brother Away. If you love watching content based on friendship or life challenges, this is a must-watch title for you.  In addition to this, other popular Chinese dramas on Netflix are:

Are there any Chinese movies on Netflix?

Yes, there are Chinese movies on Netflix. Here are the popular ones:

What’s the best documentary on Netflix at the moment?

Does China have a Netflix equivalent?

Yes, iQiyi is considered to be a Netflix equivalent in China. However, iQiyi does not have the content that Netflix offers to its subscribers.

Is Netflix illegal in China?

Yes, Netflix is legal in China. However, it is not yet launched in China. To stream Netflix content, you can use a premium VPN like ExpressVPN.

Is VPN illegal in China?

No, using a VPN is not illegal in China. However, China is strict in VPN usage and immediately blocks the servers of VPN providers.

How could Netflix enter China?

Netflix isn’t planning to launch soon in China. However, a local Chinese company, iQiyi, is broadcasting some content from Netflix in China. iQiyi is a subsidiary of Baidu, which is a giant corporation in China.

You can now easily access Netflix in China using a premium VPN. We hope our guide has helped you understand all the easy steps.

Our list of the three best VPNs to unblock  Netflix in China will help you in the VPN selection. If you are wondering about Netflix’s price in China, its starting price is $6.99 per month (basic plan).

Although this streaming service offers different content in each region, it is easy to change the Netflix region with the help of a VPN and watch any show or movie.

If you have any further queries, you can comment below, and we’ll be glad to help you.