Extraction Becomes The Most Streamed Movie on Netflix 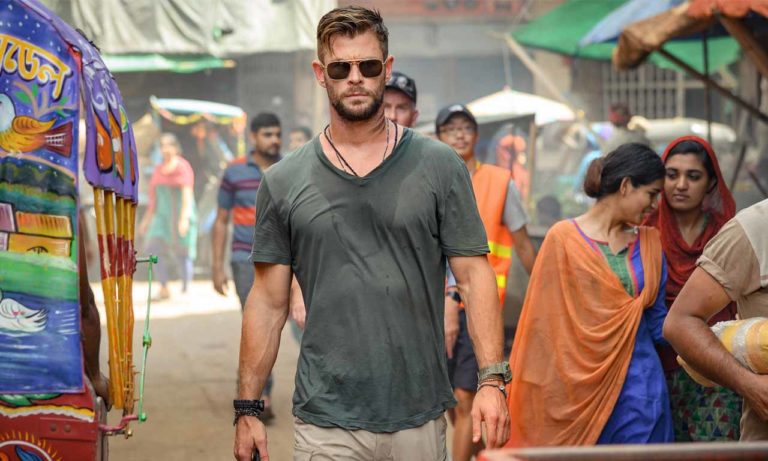 The latest Netflix Original, Extraction, is reportedly now the most-streamed Netflix movie ever. A whopping number of over 90 million Netflix users worldwide have watched Chris Hemsworth starrer. This surely is a blockbuster movie and another crown for the Avengers’ star Chris Hemsworth.

The official trailer of this action thriller that was released on the official Netflix account on YouTube has more than 11 million views. Extraction has been the biggest hit for Netflix in the first quarter this year and is still going strong as it is still trending in the top 10 on Netflix. Extraction is currently the most viewed movie on Netflix, followed by Birdbox, Spenser Confidential, 6 Underground, and Murder Mystery.

They then contact Tyler (Chris Hemsworth), who is a retired SASR soldier and now works as a mercenary. Tyler accepts the offer and goes hunting, but it does not turn out to be a simple extraction rather a full-fledged warfare. The events that take place during the Extraction are shot perfectly well and are a treat for action lovers. No doubt that the screenplay and the fight sequence of this movie have been very well crafted.

If you are a person who loves adrenaline, emotion, and guns, then you will surely love this movie. Choppers blowing, cars flying and bodies exploding, this movie has all the important ingredients that we wish to watch in an action movie. However, surprising as it is, Extraction has received a 68% total score on Rotten Tomatoes and a 6.7/10 rating on IMDB. You can easily stream this movie on Netflix from wherever you are. Even if you are using Netflix in Singapore, you will still be able to watch this movie.

Audience Reaction over Extraction on Netflix

One of the biggest indicator of any content’s success is the feedback it receives from the audience. Head to twitter and search for extraction, it is flooded with tweets of appreciation. It proves that this movie has surely amazed the audience. I have attached some of the tweets to give you a clear picture of what the audience thinks about this Extraction, you might find some of these funny though:

#Extraction has to be the best movie I have seen all year! Wow! Well done @netflix

#Extraction is a brilliant film. Highly recommend. Even if my wife did just sit there admiring everything about @chrishemsworth and had to constantly pause the film to ask what was happening #distraction

Holy shit. Why did I wait so long to watch #Extraction? Baller fucking movie.