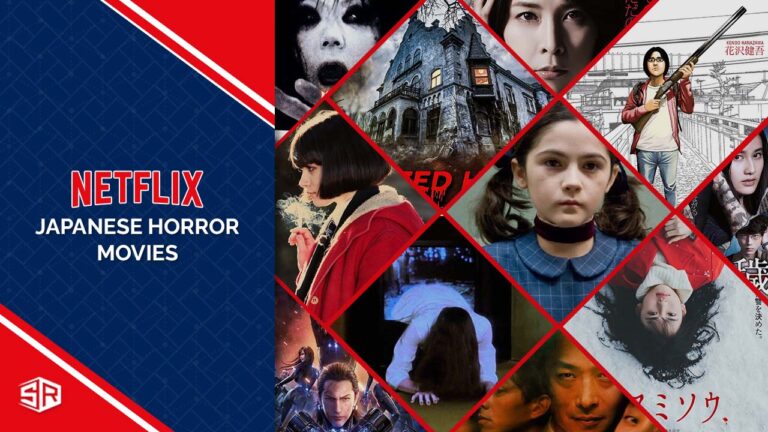 You’ve probably come across many horror movies but if you’re still not satisfied and want even more thrill and horror, you’ve come to the right place as we will enlighten you with the best Japanese horror movies on Netflix.

From I am a HERO to Gantz: O, Ringu, and Ju-On: The Grudge there are many more horror movies on Netflix that will continue to haunt you once you start streaming.

As we all know that Netflix is a video-on-demand streaming website based in US that is geo-restricted which means you cannot access it from a different country but with a best streaming VPN you can get Japanese Netflix in US within seconds!

So scroll down and check the list of horror movies we have gathered up for you. Movie Plot: It’s a brilliant Japanese horror movie that focuses on an author of mystery novels who is helping out a student to find out the truth behind some mysterious things such as murders and suicide happening in her apartment relating to the previous tenants that lived there.

Throughout the movie, you will witness the facts that she reveals along with some gruesome scenes. Certainly, it is one of the best Japanese horror movies on Netflix. Movie Plot: The main antagonist in this movie is an elderly man who is seen manipulating a group of students, studying to become filmmakers, and at the same time a shy young girl as well. That elderly man is a convicted serial killer named Futoshi Matsunaga who did several murders, extortion, and tortures over the passage of ten years.

This movie has surely got to be on your list because of the horrifying plotline which makes it one of the best Japanese horror movies on Netflix. Movie Plot: It revolves around a high school student named Ichigo Kurosaki living in Karakura town. He has the ability to see ghosts and hollows with his naked eyes.

He later finds out after meeting with Kuchiki Rukia that he is also a death god just like her. Now with this power, Ichigo Kurosaki can save and prevent his town from an invasion of hollows. You can watch this movie on the best streaming services of 2022.

Movie Plot: This movie revolves around Hideo who is seen returning from his office on a fine day unaware of the fact that his life will take a major turn based on what he will witness now.

He witnesses that a man has been killed in an accident with severe injuries but the body gets up and starts waking. Hideo begins contemplating whether it’s his hallucinations or it is reality. This is a really disturbing horror movie of all time. 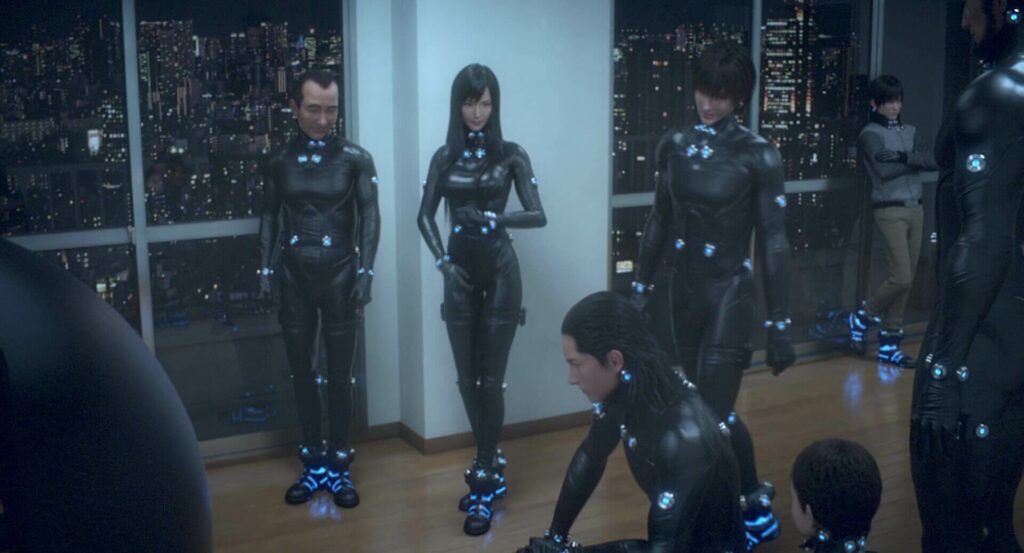 Movie Plot: Revolving around a teenage boy covers the story of his murder while he is in a subway station and immediately finds himself revived by Gantz, a special and strange computer. Later on, you can see that without his will he is fighting off a large fleet of aliens that have invaded Osaka.

You can watch Japanese shows too if you don’t watch movies and this is one of the best action movies on Netflix of all time. Movie Plot: There’s a rumor that is seen spreading across the city of a videotape after the death of Tomoko that whoever watches that tape dies within a week but when it finally comes to the surface that Tomoks’s friend also died the same way, things start to go in a different direction when reported Reiko starts an investigation.

She watches the tapes herself and witnesses a strange turn of events. Movie Plot: The spirit residing in this haunted house won’t let anyone stay there peacefully as it revolves around a family who was brutally killed a long time ago in the same house and now their spirits lurk there.

And whenever an unknown worker enters the house, the spirits are awakened and a major twist in the plotline takes place. You can also watch the list of other Japanese movies on Netflix. 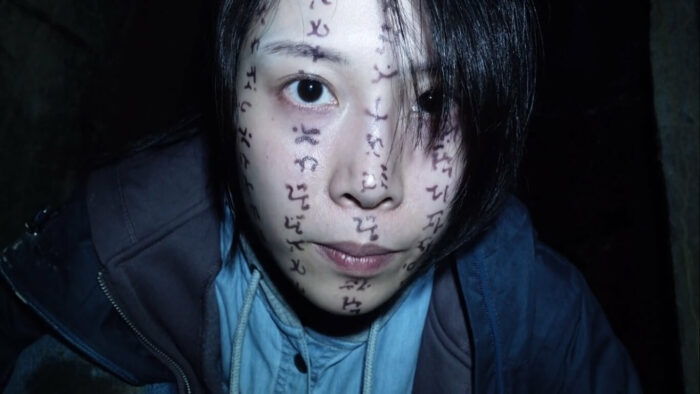 My identity is Ruo-Nan, and I’m creating this tape in the hopes that people will help me remove the curse that has been placed on my child after hearing what I’ve to say. Due to my stupidity, I always suspected that my acts were the source of the curse.

The following section may involve concealed hazards and risks, including my recounting of the terrifying incidents that occurred six years ago. Six years ago, I founded the “Ghostbusters” factory with my partner and journalist classmates, with the goal of debunking superstitions and sharing them on our site. 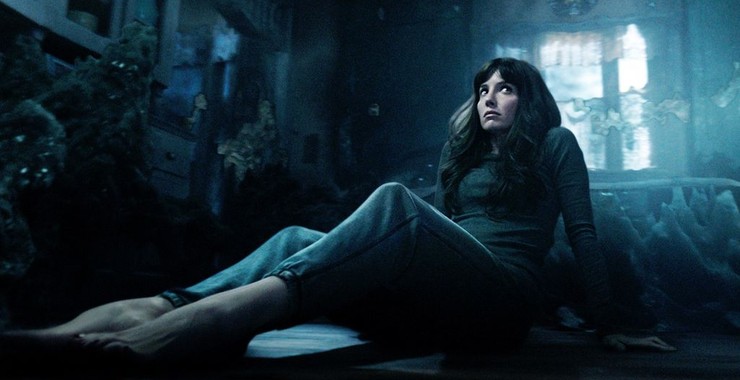 Madison awakens in a hospital in current-day Seattle, 27 years after the terrible Simion Research Hospital event. With numbing dreams of murder standing in the way of regular life, Madison’s mysterious history gradually surfaces, perplexing both herself and the local investigators.

Tormented by disturbing visions of death, a young woman meets a malevolent monster from her strange past. You can watch whatever you want. In this mind-bending slasher film. 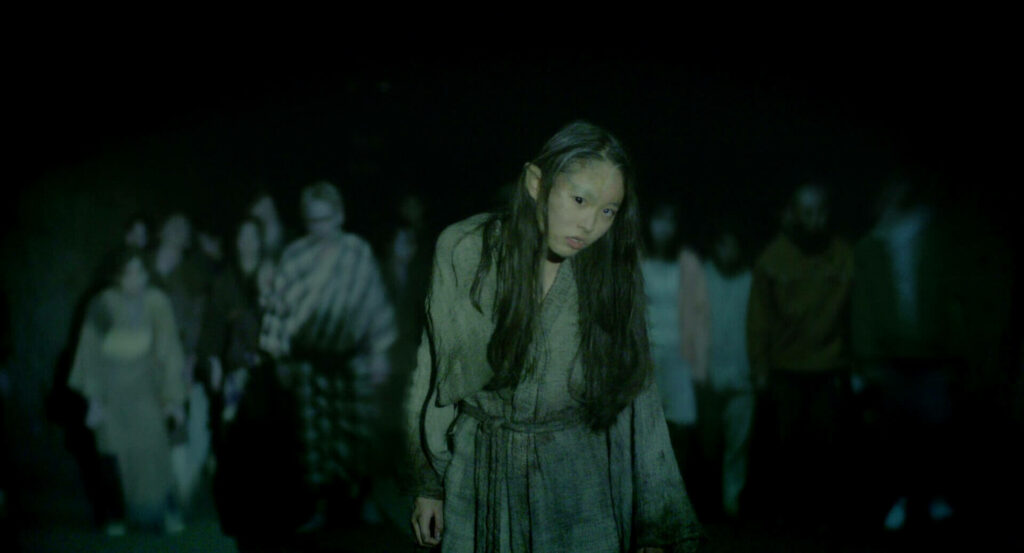 Movie Plot: The movie focuses on a young psychologist who is out on a mission to find out where his brother went missing and to reveal the truth behind it she visits a haunted house famous for being a cursed location known as ‘Howling Village’.

Throughout the time of her visit, she explores the reasons that could be behind his brother’s disappearance and also finds out about her family’s dark secret. Check it out right away if you haven’t already because it is listed as one of the top Japanese horror movies on Netflix 2022. Movie Plot: Ever wondered what would happen if you mysteriously got a call that reveals the date you’re going to die? This horrifying story centers on a time when people were getting mysterious calls from their future selves stating the exact time of their death and time.

A major plot twist takes place when the truth behind this mystery starts to unravel which could result in saving their lives. Surely one of the best Japanese horror movies on Netflix right now!

Movie Plot: It’s a story about Haruka who just started studying at a new school and is consistently bullied by fellow students, except for one girl, Mitsusu, her friend.

A major event takes place that turns her world upside down leaving her parents to die when her house burns down. Now, Haruka’s blood is boiling to seek justice and will go to extreme lengths to achieve that.

Despite horror movies you can watch the best anime movies of all time. Movie Plot: Coming up with solutions to overcome the extremely popular trend of bullying in high school is a must and that is what this movie focuses on. You will see what measures a high school teacher takes in order to tackle the ongoing bullying situation in the school.

This horror movie is surely going to satisfy your entertainment craving so hurry up and head over to Netflix to stream it. Movie Plot: Who knew being bored could end up on such a bad day? It centers on the story of Shun Takahata who is bored with the monotonous school life and is looking for something exciting to happen. She had no idea that she would be answered and her boring day would be transitioned into playing deadly games and facing horrifying creatures forcefully.

Find out what happens next as it is one of the best Japanese horror movies on Netflix.

If you’re a fan of the horror genre, you’d be thrilled and delighted to come across this list because it will prove to be the best weekend watch with friends.

So to save you from all the hurdles of searching online for the best horror movie, we present you the list of best Japanese horror movies on Netflix that you won’t regret watching!