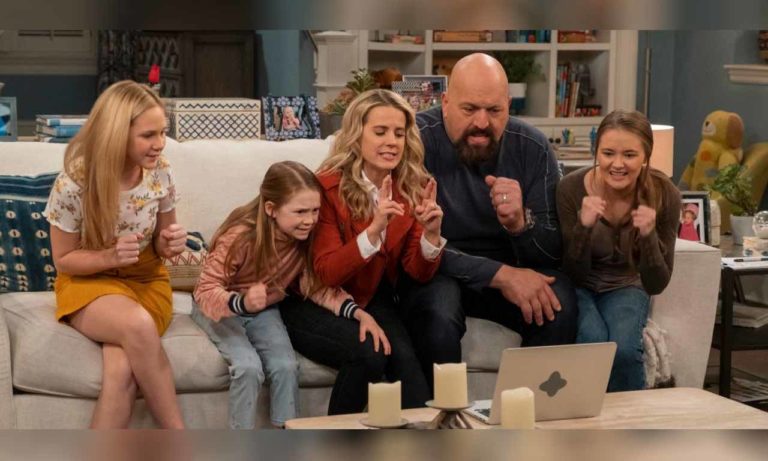 Netflix has canceled the Big Show Show after season 1 but we will still get to see its Christmas premier this year.

According to Deadline, Netflix has announced to cancel the family comedy sitcom starring the WWE Superstar, The Big Show as the leading man. Many people including the cast themselves were optimistic about the season 2 of The Big Show but turns out that Netflix does not have any plans for that.

on behalf of the staff, cast, and crew of #thebigshowshow…thank you to everyone who watched either with your fam or alone in your basement. Netflix was a dream to work with AND we had a blast making the show. Rare air! Please take care of each other! 🤘🏼 https://t.co/dBaiehyu1h

The WWE Superstar has a decorated in-ring career of more than 25 years but his on-screen career as a sitcom lead only lasted eight episodes. Nevertheless, the fans of the show will get to see the show again for the last time when its Christmas special will be aired. The Christmas special was shot before the pandemic and is set to be aired in December this year.

The storyline of The Big Show show revolved around the fictional life of Paul Wight aka Big Show, who has retired from professional wrestling and is trying to settle down in a normal life routine with his wife and his three daughters. Allison Munn plays Big Show’s wife whereas Reylynn Caster, Juliet Donenfeld, and Lily Brooks O’Briant are playing as his daughters.

It has been only four months since the first season of the show was aired. The whole cast was quite optimistic about its season 2 and even the fans were looking forward to it. However, Netflix’s priorities on single-cam comedy shows may have become the hurdle for the renewal of this show. Another show that Netflix has canceled along with this one is Ashley Garcia: Genius in Love, which was also a multi-cam comedy.

The Big Show show had some great guest appearances like Rikishi, Mick Foley and Mark Henry. Despite the fact that this is the end of the road for this show, but its season 1 will be available on Netflix for streaming.

How to Change Netflix Region