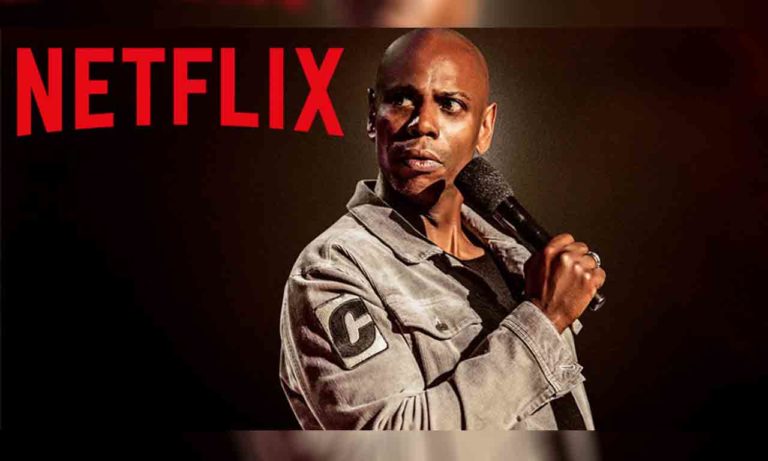 Just three weeks after Netflix started streaming “Chappelle’s Show”, the Comedy Central sketch show was taken down by the Streaming giant off its service.

At the beginning of November, Dave Chappelle’s show started streaming on Netflix. However, just three weeks into the run, the show was taken off air by Netflix.

In an Instagram video posted by Dave Chappelle on his Instagram account, He has made some remarks calling any streaming service that airs the show as “fencing stolen goods”. These remarks might very well be in the context of his sketch being aired on Netflix.

There was no accusation made by him in that video, which seems to be from a stand-up gig. He has not directly accused Comedy Central of any violation of their deal. However, his remarks appear to be criticizing the very contract that he signed with them. He describes himself signing a contract “the way that a 28-year-old expecting father that was broke signs a contract.”

Chappelle confessed that when got to know that Netflix is airing that show, he was “furious”. He further added:

“So you know what I did? I called them and I told them that this makes me feel bad. And you want to know what they did? They agreed that they would take it off their platform just so I could feel better. That’s why I fuck with Netflix. Because they paid me my money, they do what they say they’re going to do, and they went above and beyond what you could expect from a businessman. They did something just because they thought that I might think that they were wrong.”

In 2016, Netflix signed a deal worth $60 million with Dave Chappelle for acquiring rights to three stand-up specials.

Currently, “Chappelle’s Show” is available on HBO Max, Comedy Central, and CBS All Access (which is being owned by ViacomCBS like Comedy Central). Dave has some really strong and harsh kind of words for the executives at HBO, and everyone knew why.