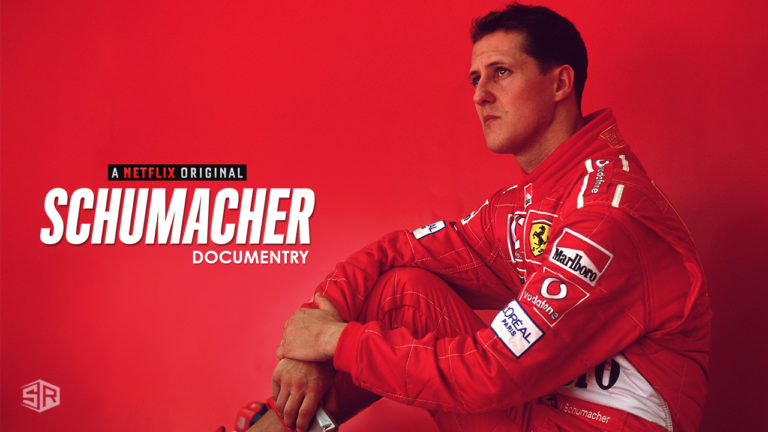 Considering that the F1 Grand Prix 2021 races are in full swing right now, motorsports fans couldn’t have asked for a better day for the release time of “Schumacher”! A brilliantly-timed Netflix Original, Schumacher sheds light on the career of Michael Schumacher, one of Formula One’s most legendary drivers of all time.

The official trailer for Schumacher was released in the last week of August. It was clear from the trailer that the documentary aims to “paint a sensitive portrait of the seven-time world champion” and to “explore many of the facts that define him“.

What is the Netflix release date for the Schumacher documentary?

Take a look at the Schumacher cast down below:

Featuring mainly the seven-time Formula One world champion, Michael Schumacher, the documentary focuses on Schumacher’s accomplishments in Formula One and his life off the track, and on how he managed to enjoy more wins, titles and success than any driver in the history of Formula One with full support from his family.

“Michael Schumacher, a seven-time Formula One world champion, is the subject of this documentary.

Fans will get to watch never-before-seen footage of Schumacher in this upcoming Netflix film, which the Schumacher family fully supports. They’ll get to see him from his childhood through his retirement.”

The trailer for Schumacher — which was released on August 26 — is down below:

How did the Michael Schumacher accident happen?: Where is he now?

Micheal Schumacher crashed during a ski trip to Switzerland in 2013 and suffered a traumatic brain injury. Schumacher’s wife, Corinna, played a crucial role in keeping him alive, and in improving his condition — according to a former Ferrari executive.

Michael Schumacher has the most spectacular legacy among Formula One’s hallowed ranks, but his professional record has been affected by his eight years away from the track.

Eight years ago, in 2013, Schumacher, the sport’s most revered racer with an unmatched clutch of titles, stepped away from the track. The public has had to rely on infrequent updates from his inner circle about his recovery since then.

What is included in Schumacher?

The film will tell a story of his career, from his early days karting in Kerpen to winning a record seventh world title in 2004. It will have a combination of original interviews and archive footage, some of which has never been seen before — and that’s the most exciting thing about the documentary.

Speaking about the film, Schumacher’s press officer Sabine Kehm said, “Michael Schumacher has redefined the professional image of a racing driver and has set new standards. In his quest for perfection, he spared neither himself nor his team, driving them to the greatest successes. He is admired all over the world for his leadership qualities.”

“He found the strength for this task and the balance to recharge at home, with his family, whom he loves idolatrously. In order to preserve his private sphere as a source of strength, he has always rigorously and consistently separated his private from his public life.”

“This film tells of both worlds. It is his family’s gift to their beloved husband and father.”

How many Formula One championships has Michael Schumacher won?

Michael Schumacher has 91 Grand Prix victories and seven Formula One World Championship titles to his credit.

As a result, Michael became the most successful driver in the sport’s history, surpassing Juan Manguel Fangio’s five victories, which he held for half a century.

Now that you know everything about Schumacher, get ready to stream it on Netflix and race to your screens, as it won’t be available anywhere else!