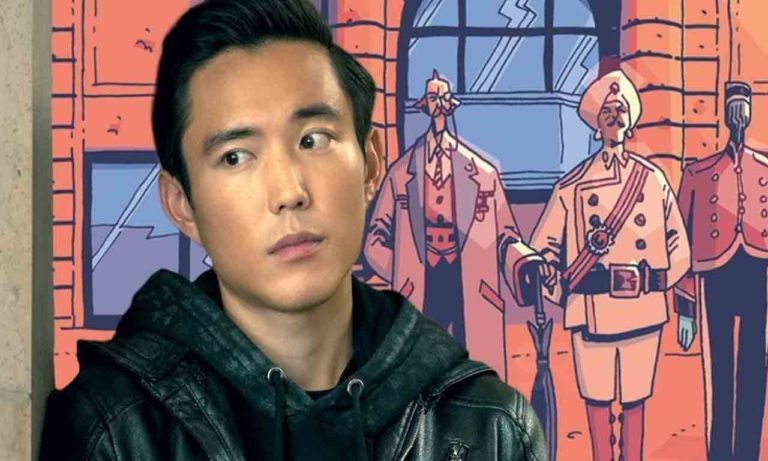 Ben Hargreeves died long before the Umbrella Academy adventures then how is he still able to be a part of the team? Does it mean that he’s still alive?

Fans are trying to solve the mysteries that The Umbrella Academy has left for them in its two seasons. The comic book itself does not have any clear descriptions that could help people, let alone the show. One of the biggest mysteries of the show that fans are trying to solve is Ben’s death. No one knows how he died and even if he did, then how is he hanging out with Klaus and aging exactly like his siblings. This is something that has left many fans clueless.

Fan theories are something that keeps on pouring in whenever such mysteries and ambiguities arise. A new fan theory suggests that Ben is not really dead, he is just kept somewhere hidden by Reginald Hargreeves. The Umbrella Academy is based on the comic book series by Gerard Way and Gabriel Bá and it made its debut on Netflix in February 2019. After a successful run, it was soon renewed for another season, which aired in July this year. The curiosity of the fans and their theories is evidence of this show’s popularity among the masses.

Ben’s Death and His Resurrection: Thanks to Klaus

During Season 2 of the show, he was attached to Klaus and what needs to be kept in mind is that Klaus is the one who has the power to talk and see the dead.

During this time, Ben developed a new supernatural power, through which he was able to possess Klaus and retrieve Vanya from the trance. After this, he “followed the light” and Klaus was no longer able to conjure him.

Ben’s death was also discussed in the season but it was quite brief and not-so-insightful. However, it was shown that he died during one of the missions of the Hargreeves twins. Just a few moments after a few moments of his funeral, Klaus was able to summon him back.

We are not sure whether it means that Ben’s dead, resurrected, or hidden from the world. This is one of the biggest mysteries that people are trying to solve through various theories.

Why Ben Might Not Be Dead: Suggests a Fan

Just like we do not know what happens when we die, we would never know what happens when someone dies at the Umbrella Academy. The most confusing thing to notice about Ben is that he was aging like his other siblings despite having died at a young age. This is indeed a mystery that has really raised a lot of eyebrows.

According to a fan theory posted on Reddit, Ben is not dead, which is why he is aging normally and he is being kept somewhere hidden from the Hargreeves siblings.

The fan that posted this theory suggested that Reginald was studying Ben’s new powers because he is concerned about him and in order to study him, he has decided to keep Ben in an induced coma. Well, Reginald is someone who can take extreme measures without hesitation in order to control his children as he did with Vanya and Klaus. Another possibility is that Ben has traveled into the world from where his monsters came but it can either be an accident or part of an experiment.

The fan-supported his theory by suggesting that even if it was just Klaus’ sub-conscious desire to grow older with his brother that is making Ben’s physical appearance changed, then it could not be possible because Klaus cannot know what Ben would look like all grown up.

Ben Following The Light: He Did Not Die, He Woke Up

The theory that Ben’s alive but hidden somewhere has driven a completely different perspective of Ben following the light. According to the author of the theory, Ben going into the light to finally rest in the eternal world is not true. He believes that this light actually Ben waking up from his unconscious state and this light is beaming hm home.

Where Is Ben And Other Confusing Questions

Where is Ben? Now that is a million-dollar question! Ben could be anywhere, in a realm where he is fighting his monsters or he could be on the dark side of the moon, kept under observation by Reginald. As it was mentioned in season 2 that Reginald was very much interested in the dark side of the Moon but no one knows exactly what he wants. The Author of the theory has suggested that Ben could also be hiding in Hotel Oblivion.

One Theory Raising More Confusions Rather Than Solving Them

This fan theory might sound quite interesting and promising but at the same time, it has raised more questions than it answered.

For example, if we consider what the theory is suggesting, what happens to Ben’s body now that it has traveled to a new timeline?

What happened to him after the apocalypse in season 1?

Questions like this will keep popping unless we get to see what Netflix has planned further in the story of the Umbrella Academy. Surely there will be many more twists and turns and we hope they are working on something great for the character of Ben Hargreeves.