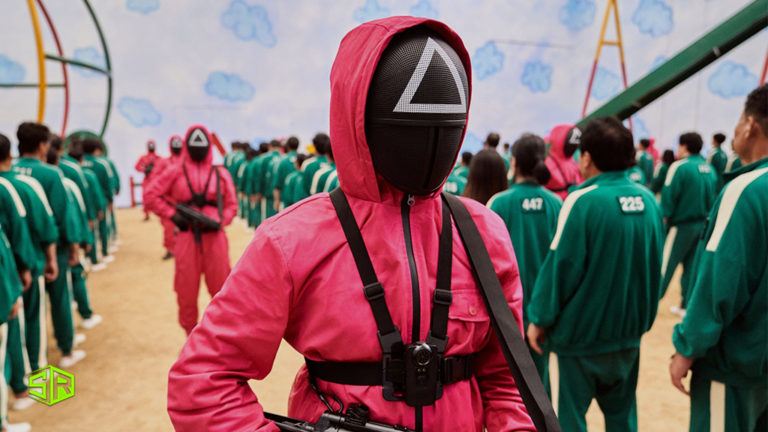 According to data provided by the e-commerce business Profitero, costumes inspired by the violent and extremely popular Netflix series “Squid Game” are dominating Halloween this year, with searches for “Squid Game” costumes increasing 50,000 percent compared to last week.

On September 17, “Squid Game,” a South Korean thriller in which cash-strapped competitors engage in deadly children’s games for a chance to win a $38 million jackpot, premiered on Netflix. “Squid Game costume” is now Amazon’s sixth most popular search keyword.

“Nothing else we have seen is even remotely close to this kind of spike, which really shows how much of a cultural impact Netflix has,” said Dan Graziano, Profitero’s director of media relations. “From ‘Stranger Things’ to ‘Bridgerton’ and now ‘Squid Game,’ Netflix has an ability to take over news cycles, social media, and now Halloween… even beating the likes of Disney/Marvel characters.”

The top 10 list — which was generated based on the most searched terms on Amazon –, includes classic Halloween costumes and ensembles inspired by characters from TV, movies, and video games.

The 50 Best Shows On Netflix You Cannot Miss!
How to Fix Netflix Proxy Error

According to a new Google report, “Squid Game” is also the most popular Halloween costume searched this week on the search engine.

Many people are using the show’s contestants’ outfits as inspiration for their Halloween costumes, which include a green tracksuit and a pink jumpsuit with a face mask.

All the fans of Squid Games are very much impressed by the costume, and they are all set to wear these on Halloween 2021. The best thing is, this costume can also help shield them from Covid 19.

I would like to thank Squid Game for creating a covid safe Halloween costume idea, that coincidentally matches my daily windbreaker. pic.twitter.com/J2qbmhWSXp

Other pop culture-inspired ensembles are also among the top-trending costume searches on Google this week. Britney Spears was ranked third on Google’s rating, despite the fact that she has been an inspiration for Halloween costumes for decades.

The increased media attention surrounding her conservatorship court struggle with her father, Jamie Spears, is likely to blame for her high ranking on the list.

Carnage and Venom, who star Woody Harrelson and Tom Hardy as two symbiote aliens in the newly released “Venom: Let There Be Carnage,” are ranked fourth and fifth, respectively.

Bonnie and Clyde topped the list of most-searched couples’ Halloween costumes from the previous week. The characters were followed by Cosmo and Wanda from the Nickelodeon cartoon show “The Fairly OddParents” and Lilo and Stitch from the Disney film of the same name.

Have you watched the Squid Game on Netflix yet? Let us know in the comments, and also let us know which Halloween movies you’ll be taking costume inspiration from for Halloween 2021!