365 Days Sequel Gets A Release Date, The Kinky, Steamy, X-Rated Movie Is back! 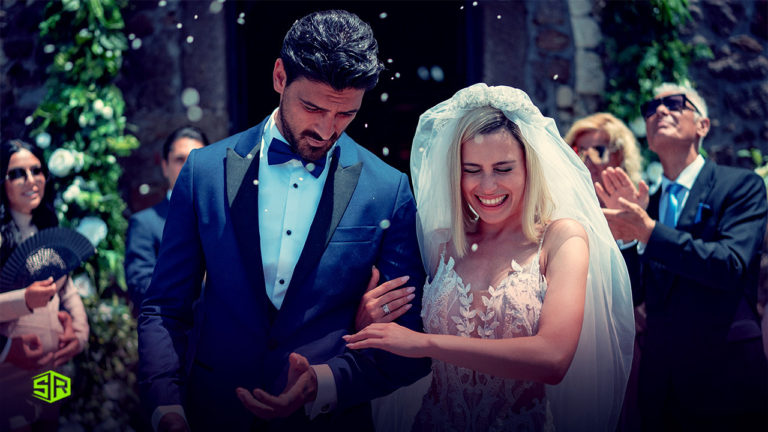 Hold your breath, Netflix is making hearts beat faster with a raunchy trailer for its rated-X movie 365 Days, despite facing a backlash from the critics for glorifying sexual abuse and ‘romanticizing’ kidnapping.

Fans who love risqué romantic dramas must be ready for some spicy and kinky romance! The sequel of 365 dni (365 Days in English) is almost here and it’s called 365 Days: This Day. The film will land on Netflix later this month on April 27, 2022.

A couple of years ago, Netflix released a titillating Polish drama filled with a heavy dose of explicit sexual scenes, 365 dni or 365 Days. The film, also labeled as the Polish version of the equally famous and controversial 50 Shades of Grey, was heavily criticized by critics, accusing the film of romanticizing and idealizing abusive relationships. Michele Morrone, who played the male lead role precisely kidnaps the female lead character, played by Anna-Maria Sieklucka. But Netflix doesn’t heed the controversies, and never stops releasing objectionable content, does it?

Nevertheless, the film came under heavy fire from critics who asserted that the film dignified abuse and ‘romanticized a dangerous relationship between a captor and victim.’ Music artist Duffy even reached out to Netflix CEO Reed Hastings through a letter stating that 365 Days ‘eroticizes kidnapping and distorts sexual violence and trafficking as a “sexy” movie.’

The trailer for 365 Days: This Day doesn’t keep the proceedings of the film subtle. From the very first scene, gangster boss Massimo (played by Morrone) and his alleged fiancé Laura (played by Sieklucka), whom he literally kidnaped are showing their animal instincts with a heavy dose of BDSM play. And the fact that the fiery duo is getting married, it is portrayed that their concupiscent acts are totally acceptable by God. But the bubble of happily-ever-after gets on the brink of bursting as Massimo is still hiding his dark secrets from his spouse, and Laura is all set to start a new fling with another man named Nacho (played by Simone Susinna).

Although the first movie story followed Laura getting kidnaped by Massimo and later on falling in love with him after a short period of time, the sequel will potentially portray jealousy and betrayal and also a potential love triangle where Laura trails off. The trailer shows the new love interest of Laura, Nacho, whisking Laura away to some beach, and Massimo is nowhere to be seen.

The movie is directed by Tomasz Mandes and Barbara Białowąs, with the screenplay written by Blanka Lipińska, Mojca Tirs, and Tomasz Mandes, the 365 dni sequel shows all the possibilities to deliver the unhealthy, darkly possessive, but in-a-sexy-way relationship spectacle again which was shown in the first movie. For the ones that remember the ending of the 365 dni, you may also remember that the first movie ended on a huge cliffhanger, with the trailer of the second installment you can rest easy that, yes, Laura is alive. But for how long?

Netflix quoted in a press statement recently that “365 Days was in the service’s Top 10 in over 90 countries around the world” and that explains why the streaming giant would not hesitate to make a sequel, regardless of the backlash they faced.

There are going to be ‘more extraordinarily steamy encounters’ and also ‘bitter jealousy and dangerous betrayals.’

“This is undoubtedly a story about a woman,” said Blanka Lipińska in one press release about the movie. Blanka is the writer of the book the movies are based on. “How we can be naïve, blind, how much we love, how we learn from our mistakes and how we have an opportunity to correct them.”

Author Lipińska also said that fans can prepare themselves to see an unseen side of Laura this time around, as it is “undoubtedly” her story. “This installment goes much deeper and tells us more about the relationship between the lovers,” she stated to Netflix. “She’s stronger in this sequel.”

The abduction, harassment, and later manipulating and forcing of someone into a sexual relationship were the reasons that led critics to condemn the film.

Many critics called out Netflix to withdraw the movie from the platform, with Duffy, a British singer, writing an open letter to Netflix’s CEO.

‘It grieves me that Netflix provides a platform for such “cinema,” that eroticizes kidnapping and distorts sexual violence and trafficking as a ‘sexy’ movie,’ Duffy wrote, who published her own account of getting kidnapped and later on raped that same year.

She wrote: ‘I encourage the millions who have enjoyed the movie to reflect on the reality of kidnapping and trafficking, of force and sexual exploitation, and of an experience that is the polar opposite of the glossy fantasy depicted.’

In the end, the singer concluded her letter with the statement, ‘When we know better, let us do better.’

Meanwhile, along with those many users who are criticizing the movie and its sequel, there are many who say they are gonna watch it despite there being no point in making this sequel.

On the news of releasing a sequel of the movie one user (@katyfaise ) wrote on Twitter “365 days is one of the worst movies i’ve ever watched i say as i put the sequel on my reminders on Netflix”.

365 days is one of the worst movies i’ve ever watched i say as i put the sequel on my reminders on netflix pic.twitter.com/GO4JnY3wvq

@lilstonermom29 also took it to her Twitter to share her thoughts regarding Netflix making another movie on it and tweeted: “Anyone else find the 365 days movie on Netflix fucking weird?? He literally kidnaps her and holds her hostage like how is that romantic.”

Anyone else find the 365 days movie on Netflix fucking weird?? He literally kidnaps her and holds her hostage like how is that romantic

Another viewer @blaqboi_vic wrote: “Dear Netflix, there was absolutely no point of doing a sequel for 365 days fgs! I’ll still watch tho 😌”

Dear Netflix, there was absolutely no point of doing a sequel for 365 days fgs!

A representative for Netflix gave his remarks on this and pointed out that at the time the movie came out, it carried very high ratings in the genre for violence, sex, nudity, and violence.

He also explained and said that 365 Days was a Polish film that was released theatrically in February 2020 in many countries and since Netflix had bought the copyrights and licensed the film, the streaming platform was not connected or involved in the making of this film.

We believe strongly in giving our members around the world more choice and control over their Netflix viewing experience,’ the spokesman said in emailed comments.’ Members can choose what they do and do not want to watch by setting maturity filters at a profile level and removing specific titles to protect from content they feel is too mature.

Who doesn’t fantasize about a bit of rough and kinky romance? We bet most of us do! Are you excited about the prospect of the sex-laden film ‘365 Days: This Day’ or you don’t like to live in a fantasy world of fictional scenarios? Share your thoughts in the comments section below.