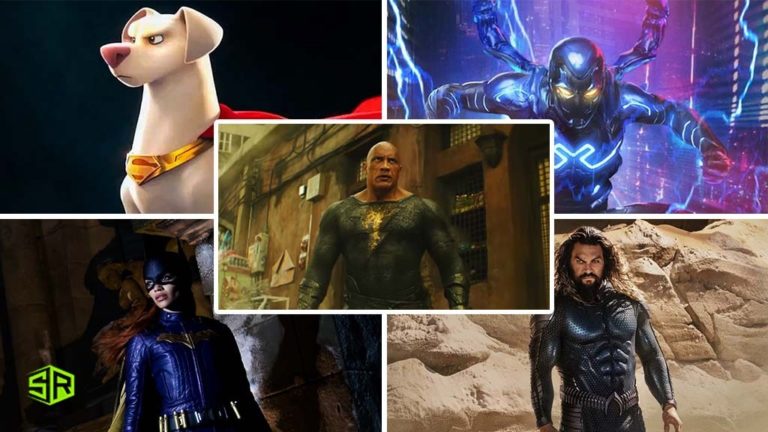 The DC Calendar is filled with season renewals, newer superheroes, and action-packed sequences in between. The DC Universe has confirmed many of the 2022 releases with confirmed dates. Even after certain delays by Warner Bros, we also have some incredible TV series and features releasing in 2023, alongside other projects that don’t have an announced date yet. DC Comics features superheroes like Batman, Superman, Wonder Woman, The Flash, and many more. With newer adaptations and storylines, we bring you 2022 and 2023’s biggest premieres for our DC fandom to watch.

Staring with the DC Extended Universe which began after Zack Snyder’s Man of Steel pursued a different storyline of its own, like The Flash. Zack Snyder had started a revolution in 2013 of the interconnected universe in which the DC characters shared each other’s franchises. This year, we saw Matt Reeves’s Batman start a new storyline which already has confirmed future production.

Matt Reeve’s “The Batman” is already dominating the box office grossing $700 million worldwide, we’re all anticipating the next in line in the series. This year will have five new DC features, some of which are sequels and some are launching new brand franchises like Dwayne Johnson as Black Adam and John Cena as Peacemaker. DC took a pretty big hit after disappointing fans with “Justice League” in their attempt to connect universes, which Zack Snyder tried to fix in his version, popularly known as Zack Snyder’s Justice League. But now, with new directors, we’re looking at a much better experience, like in Robert Pattinson-led “The Batman”.

Below, we’ve listed out completely the upcoming DC Movies and series from the DC Extended Universe, Matt Reeve’s Batverse, and DC Universe. Each includes limited information, with more details to be confirmed soon.

Here is the Calendar for the DC Extended Universe:

Here is the Calendar for Matt Reeve’s Batman Universe:

Outside the DCEU, we also have Arrowverse and other universes with ongoing series that will have new seasons releasing in 2022 and 2023.

Here is the Calendar for the DC Universe:

There are so many DC Movies and series to look forward to, with more being confirmed along the way. Stay tuned to our site for the latest updates.