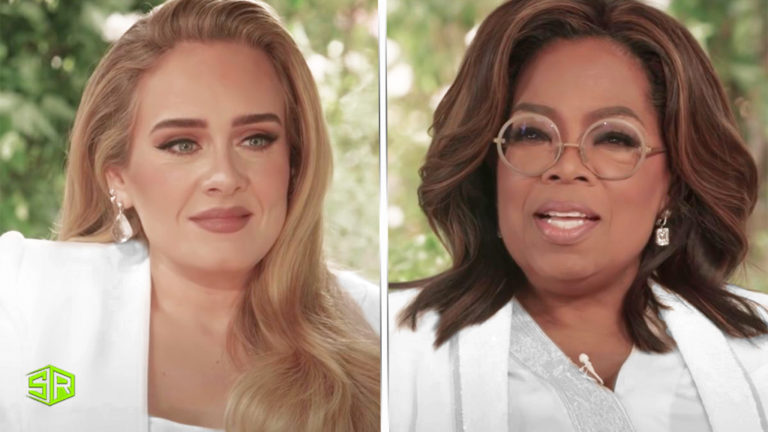 “Adele: One Night Only,” a two-hour special featuring a sit-down interview with Oprah Winfrey, aired on CBS on Sunday. The 33-year-old singer spoke up about her life after her divorce and her 100-pound weight loss during the tell-all interview.

Adele claims that she was motivated to work out more for her mental health than for her appearance. Following her divorce, she found that adding a gym routine to her schedule helped her manage her anxiety.

“It became my time,”she told Winfrey. “Me having a plan every day… having these sort of pins in my day, helped me keep myself together…I wasn’t bothered about [weight] at all.”

The singer told Winfrey that the highly public conversation about her weight loss didn’t surprise her.

“My body has been objectified my entire career — I’m too big, I’m too small, I’m hot or I’m not,” she said.

“I feel bad if anyone feels horrible about themselves but that’s not my job. I’m trying to sort my own life out. I can’t have another worry.”

Adele has attributed the majority of her weight loss to exercise, saying that she enjoys lifting weights in the gym and that she was deadlifting 160 pounds at her peak, telling her trainers that she aspired to earn an Olympic medal.

“I’m actually an athlete, I’m not even boasting,” she said. “I’m also a very good boxer, I’ve got a left hook that could kill you. If only at school I hadn’t discovered boys and someone had told me to go and do a bit more PE.”

The singer added, “I never looked up to anyone because of their weight. I was body-positive then and I’m body-positive now. But it’s not my job to validate how people feel about their bodies.”

The celebrity explained why her weight loss looked to be sudden in an interview with British Vogue for the November issue, after she shared a photo on Instagram in May 2020 appearing newly slim.

“I think one of the reasons people lost the plot was because actually [the weight loss] was over a two-year period,” she told the magazine.

“It was because of my anxiety. Working out, I would just feel better. It was never about losing weight, it was always about becoming strong and giving myself as much time every day without my phone,” she said.

“I got quite addicted to it. I work out two or three times a day. I do my weights in the morning, then normally hike or I box in the afternoon, and then I go and do my cardio at night. I was basically unemployed when I was doing it. And I do it with trainers.”

“It’s not doable for a lot of people.”

Adele told the magazine that she needed to “get addicted to something to get my mind right.”

“It could have been knitting, but it wasn’t. People are shocked because I didn’t share my journey”, she added. “They’re used to people documenting everything on Instagram, and most people in my position would get a big deal with a diet brand… I did it for myself and not anyone else. So why would I ever share it? I don’t find it fascinating. It’s my body.”

She went on, “People have been talking about my body for 12 years. They used to talk about it before I lost weight. But yeah, whatever, I don’t care.”

“You don’t need to be overweight to be body-positive, you can be any shape or size.”

The singer also criticized the false weight-loss reports, explaining that she had never laid claim to the various methods being discussed.

“You know a hundred percent of the stories written about me have been absolutely fake. The people that came out being like, ‘I trained her,’ I’ve never met in my life. “

“It’s disgusting. I cannot get over it. Some Pilates lady I’ve never met in my life! And I haven’t done any diet.”

According to some reports, Adele has adopted the Sirtfood diet, which emphasises detoxifying and plant-based cuisine.

“Ain’t done that,” she said. “No intermittent fasting. Nothing. If anything I eat more than I used to because I work out so hard.”

Adele was not the only one who was body-shamed and criticized. There are many other celebrities of industry like Demi Lovato, Jonah Hill & Kate Winslet who were continuously body-shamed.

The singer Lizzo also breaks down in Tears Over ‘Fat-Shaming and Racist’.

We are thankful for all the celebrities who have spoken about body image concerns and how the pressure to meet certain beauty standards can be damaging to both the body and the mind. The World should always appreciate the way we look as beauty does not have size.

So, are you amazed by the body positive image of Adele? Do let us know in the comment section below!