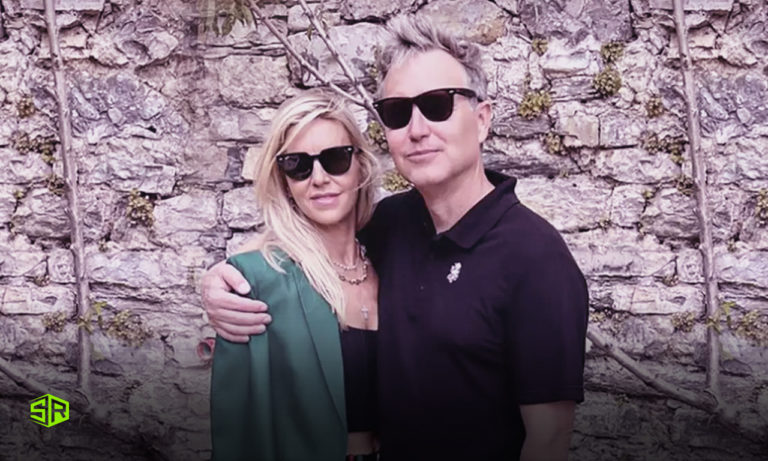 Blink-182 star Mark Hoppus looked stylish as he arrived in Portofino for Kourtney Kardashian and Travis Barker’s second wedding on Sunday, eight months after confirming he was cancer-free.

The musician, 50, who was diagnosed with cancer in April and first publicly acknowledged his health fight in a June 23 tweet, was happy to be supporting Travis as he laughed with wife Skye.

He came by boat with Machine Gun Kelly, but Megan Fox, MGK’s girlfriend, was nowhere to be found.

Instead, she sneaked into the castle grounds without being seen. She was then seen in a black gown walking into the lawn to attend the wedding.

Mark Hoppus posted the photo and captioned it “We Got Dressed Up” on which fans showed love.

Mark also reminisced on his voyage in an emotional Instagram post on Saturday, when he uploaded a photo of his surroundings, writing: ‘A year ago I was in chemotherapy. Today I’m here. Grateful.’ 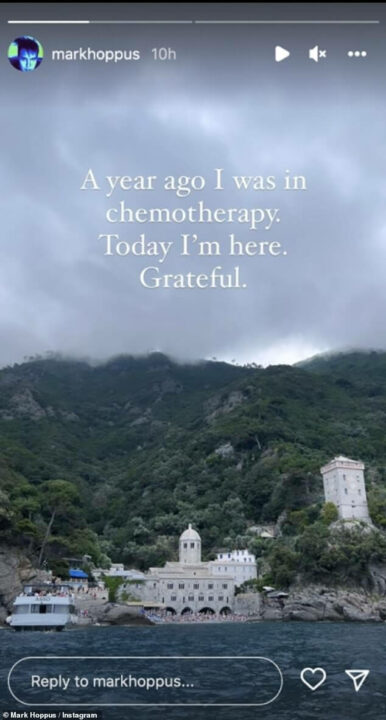 Also, Hoppus addressed his followers on Twitch for the first time since his cancer diagnosis, and his fans couldn’t be happier.

Mark announced in January, four months after doctors proclaimed him cancer-free, that he was back in the music ‘mindset.’

‘Just want to say that I’m very grateful to be back in the mindset of “Oh! That’s a cool idea for a song lyric, I should write that down.” I haven’t felt that in eight months,’ he wrote, accompanying a praying hand emoji.

Just want to say that I’m very grateful to be back in the mindset of “Oh! That’s a cool idea for a song lyric, I should write that down.” I haven’t felt that in eight months. 🙏🏻

The Blink-182 singer, who was diagnosed with cancer in April, first addressed his health fight in a June 23 tweet, writing, ‘It sucks and I’m scared, and at the same time I’m blessed with incredible doctors and family and friends to get me through this.’

After going public with his lymphoma diagnosis in June 2021, the singer and musician announced that his disease was in remission in late September and he was feeling grateful after his fifth round of Chemotherapy.

Blink-182 was formed in 1992 and is now largely regarded as one of the most renowned and influential rock artists of the late twentieth century. One of reasons why Hoppus being cancer-free is such a delight to all the fans.

Lymphoma is a cancer of the lymphatic system, part of the immune system.

Lymph nodes (lymph glands), the spleen, the thymus gland, and bone marrow are all part of the lymphatic system. All of these locations and other organs throughout the body can be affected by lymphoma.

Cancer is a deadly disease that has taken many lives, including that of Friends actor James Micheal Tyler, who died of cancer.

Gene Wilder, Michael C. Hall, Tony Iommi, and other celebrities have all battled Lymphoma. We wish all of the artists a long and healthy life.