All 10 Astroworld Victims Died of ‘Compression Asphyxia,’ According to Medical Examiner 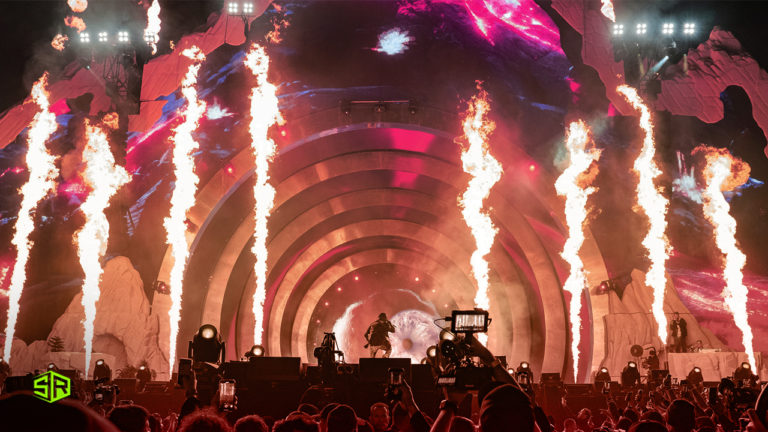 All 10 victims of the tragic incident that happened at Travis Scott’s Astroworld concert died of ‘compression asphyxia,’ revealed the report released by the medical examiner.

One of the victims is said to have a secondary reason that contributed as “combined toxic effects of cocaine, methamphetamine, and ethanol,” but the key reason to the death of all victims was basically being suffocated by the outside repression, which is medically defined as “respiration prevented by external pressure on the body”. The report was shared by the Harris County Institute of Forensic Sciences in Houston this Thursday.

Previous rumours about the reports revealed that some of the victims might have died because of drug usage, but that now appears to be incorrect in light of the recent report with the exception of one case.

The concert that was held at Houston’s NRG Park on November 5, 2021, became a fatal outing for 10 people and injured hundreds from the crowd of 50,000 due to the stampede of the crowd during Scott’s concert.

As per Washington Post’s report, 7 people out of the 10 deceased were stuck in intensely crowded places closed from three sides with metal railings. On inspecting the south quadrant of the viewing area it was concluded that most of the people who were close to each other, died. The witnesses also reported that people were falling because of the crowd’s pressure.

The victims at the concert who faced death were a computer programming student, a student-athlete, a dancer, a district manager at AT&T, an aspiring border agent, a marketer, a pair of best friends, and a nine-year-old boy. The names of the victims are Franco Patino, 21; Gandolfo Pena, 23; Bharti Shahani, 22; Madison Dubiski, 23; Axel Avila, 21; Mirza Baig, 27; John Hilgert, 14; Brianna Rodriguez,16; Jacob Jurinek, 20; and Ezra Blount, 9.

In reference to the tragedy that happened in Harris County, more than 340 lawsuits were filed. And an in-progress criminal investigation is going on under the Houston Police Department. Most of the lawsuits claim that the organizers were only there to make money and were not concerned about the safety measures and were irresponsible.

But the concert management, several entities of entertainment company Live Nation and ScoreMore, have dismissed the allegations, According to the documents filed by the attorney of the company.

“Defendants deny all of the allegations contained in Plaintiffs’ Petition and demand strict proof from Plaintiffs by a preponderance of the evidence,” states the court document.

After the catastrophic event Live Nation and ScoreMore issued a statement saying that their whole team is “mourning alongside the community” and will cooperate with the authorities with anything they need help with.

Scott has also refused to take any legal accountability for the event. Seven out of ten families have refused to take Scott’s money, his offer to pay for the cost of the funerals of the deceased.

In another development, Scott has agreed to collaborate with the United States Conference of Mayors (USCM), a non-partisan entity of cities with 30,000 or more population, to devise a strategy to ensure safety during the festival in the future.

The contract secured by Variety will bring together the main stakeholders from government, health care, public safety, event management, emergency response, technology, and music to pinpoint the weaknesses and suggest the solution to make sure that a tragedy like Astroworld does not happen again.

“This mass tragedy reinforced the serious issue of festival safety and security,” state the agreement. “As festivals with large crowd sizes continue to enjoy popularity, organizers, city officials and other stakeholders must have a clear understanding about best practices, current vulnerabilities, and access to the most innovative technology to ensure every festival is as safe as possible.”

Reno Mayor Hillary Schieve, vice president and chair of UCSM’s conference of Arts, Tourism, Parks, Entertainment and Sports Committee will head the report and analysis. Other delegations that will be made a part of the initiative include the Mayors and Police Chiefs Task Force, and the Criminal and Social Justice Committee.

Also revealed by the report, the involved stakeholders and outside experts will hold frequent meetings between January and June of 2022. The UCSM will announce the initiative at the Winter Meeting of USCM in 2022 being held in Washington D.C., which will take place from January 19 to 21. The final report and advice of the consortium will be made public and debated during a USCM webinar, as well as issued to 1400 cities, notable entertainment industry figures, and others related.

During an interview with Charlamagne last week, Scott stated that he wasn’t aware of any fans getting injured on stage until after the concert. The rapper also said that from his position on the stage, it’s usually difficult for him to know what’s going on in the crowd or to differentiate between any distress or enjoyment, given the fact that loud music, gleaming lights, pyro, and other factors make it hard to analyze the situation.

As reported by Variety on December 11, 2021, Travis Scott had been removed from the list of artists for the upcoming Coachella Valley Music and Arts Festival 2022, where he was scheduled to perform.