Amber Heard Denies “Pooping” in Bed, Blames It on Dog Who had Bowel Issues 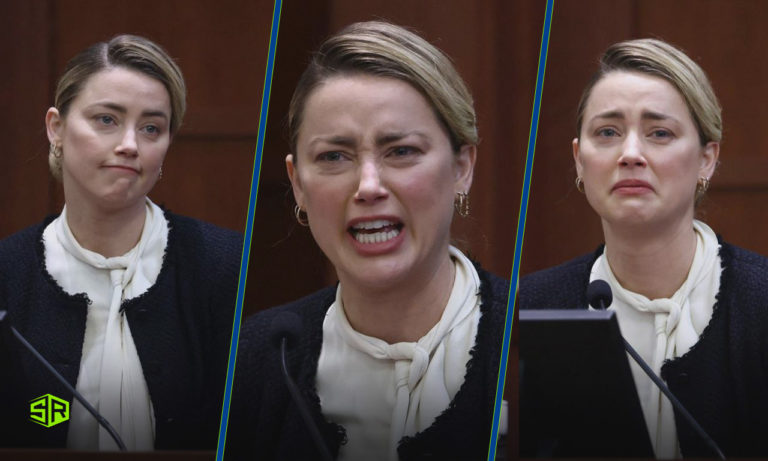 As the court proceedings continued on Monday after a 10-day break Amber Heard stood trial for the defamation case, and was asked about the infamous bed mess. Heard told the jury that the “poop” that was found on Depp and her marital bed didn’t belong to her.

She blamed it on Depp’s puppy, “Boo” who’s a teacup Yorkie and was having bowel issues as it accidentally consumed Depp’s weed.

#AmberHeard claimed the fecal matter that was left on #JohnnyDepp's side on the bed was from his dog and that the dog had "bowel-control issues." @LawCrimeNetwork pic.twitter.com/OB0F5BtDe1

First of all, I don’t think that’s funny. I don’t know what a grown woman does. I was not also in a pranking mood; my life was falling apart. I was at a crossroads in my life. I was really serious.

On the other hand, Johnny Depp begs to differ on the matter. According to him, he was going inside his residence to retrieve some clothes when he was stopped by the on-duty guard, who showed him a picture of what they found on the bed. He stated that he didn’t have a single doubt that it was “human feces” during his testimony regarding the incident.

On my side of the bed was human fecal matter. I laughed. It was so outside, it was so bizarre and so grotesque that I could only laugh.

He has vehemently denied every allegation against his teacup Yorkies. He specifically said, “I lived with those dogs for many years. That did not come from a dog. It just didn’t.”

Starling Jenkins III, a longtime executive chauffeur and Depp’s security guard who’s still under his employment, previously stated under oath that Heard told him the defecation was “a horrible practical joke gone wrong.”

During her time on the stand, Heard denied that it was an intentional prank by her and didn’t recall having a conversation with Jenkins about it at all. Based on her testimony, she said that one of their dogs was having “bowel control issues,” and they’d often burrow in the beds, sometimes having accidents.

According to Heard, the dog was on the bed when she was packing to leave; hence, she might’ve overlooked a bathroom accident by the time she and her friend left.

Heard testifies she gathered her dog, Pistol, and Depp's dog, Boo. Bredehoft asks Heard if Boo had any "bathroom issues."
Heard: [Boo] had eaten Johnny's weed when she was a puppy and had bowel control issues for her entire life.#JohnnyDepp #AmberHeard @LawCrimeNetwork pic.twitter.com/AY9ZlG9KVD

Upon being inquired by her lawyer Elaine Bredehoft whether she had tried to pull a prank on Depp or not, Heard responded with, “Absolutely not.”

She continued. “And I had just been attacked on my 30th birthday by my violent husband with whom I was desperately in love and knew I needed to leave. It was not really a jovial time, and I don’t think that’s funny. Period.”

She found it “disgusting ” that she was being blamed for such an act.

Previously after addressing Amber Heard in the court, Johnny Depp’s psychologist, Dr. Shannon Curry, diagnosed that Heard suffers from two personality disorders. It should be noted that Heard has also been diagnosed with PTSD in the past, for which she has blamed her ex-husband, Depp, conveniently.

For the past several weeks, Depp and Heard have been at odds in the court. After the break, Depp’s team will be cross-examining Heard this afternoon.

The entire debacle ensued because Heard wrote an op-ed in The Washington Post in which she insinuated being a victim of domestic violence, and eventually, all hell broke loose. Depp is suing her for $50 million for her false allegations, which ruined his entire life and cost him millions of dollars.

Fans are circulating these words said by Robert Downey Jr. in support of Depp:

Heard, on the other hand, is countersuing Depp for $100 million, claiming Depp’s reaction to her op-ed has marred her reputation.

Let’s see how this defamation trial comes to an end. Let us know your thoughts in the comment section below.