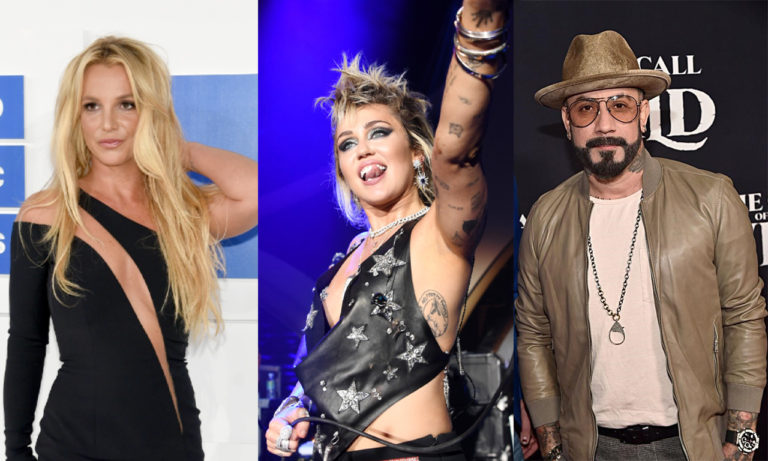 It seems like the tide is in Britney Spears’ favor, as she was allowed to hire an attorney of her choice, and that she did!

On Wednesday (14th of July), the judge permitted Britney Spears to appoint an attorney of her own choice to help her in her ongoing Conservatorship case. Soon after this, the 39-year old princess of pop posted a video on her Twitter account in which she is visibly joyous as she can be seen doing cartwheels like a happy, carefree child.

The new attorney for Britney Spears is Mathew Rosengart, who has previously been a representative for Steven Spielberg, Sean Penn, and even Ben Affleck.

Apart from that, the #FreeBritney movement is gaining momentum as popular artists from the industry have also spoken out in Britney’s support.

Soon after Britney posted the video of her doing cartwheels, Ariana Grande commented on her video, “You are so very loved and supported“, and shared that video on her Instagram account with the caption, “Free Britney.”

Backstreet Boys are also among the artists who have publicly spoken in support of the 39-year old artist. Recently, while promoting their upcoming Las Vegas Christmas shows, McLean said,

I’d say stay strong, support your ground, and we will pray for you.

I hope she gets what she deserves, which is her freedom.

Back in June, Christina Aguilera, who entered the industry in the 90s with Brtiney, penned down a whole Twitter thread in support of the Princess of Pop.

These past few days I’ve been thinking about Britney and everything she is going through.

It is unacceptable that any woman, or human, wanting to be in control of their own destiny might not be allowed to live life as they wish. pic.twitter.com/NRhNwcJaD3

Miley Cyrus is also among the people who have shared their support for her publicly. During the NFL’s TikTok Tailgate Super Bowl pregame Livestream, Miley gave a warm shout-out to the princess of pop by chanting ‘Free Britney.” Here’s the video of the concert :

Other than these, there are many other celebs who have supported Britney Spear’s stance throughout her battle against her father and co-conservators. Here are some of the Tweets lined up:

The Queen of Christmas tweeted a precise and personable tweet for the Princess of Pop:

The ‘Cry me a River’ singer posted a whole tweet thread in support of Britney:

After what we saw today, we should all be supporting Britney at this time.

Regardless of our past, good and bad, and no matter how long ago it was… what’s happening to her is just not right.

No woman should ever be restricted from making decisions about her own body.

This flow of support from the industry peers is surely contributing in increasing the whole #FreeBritney movement’s popularity, making it more impactful. We are not sure what the future holds, but if the tide remains in her favor, we’ll surely see Britney independent and happy soon!