Billie Eilish, Coldplay, Jennifer Lopez and Many Others Join to Raise Awareness on Global Climate and Vaccine through Concert 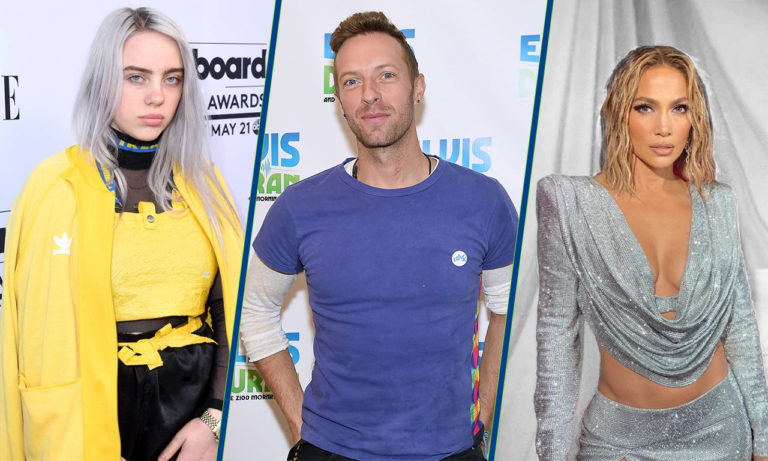 Some of the biggest names in pop are uniting their star power for Global Citizen Live on Saturday, in order to raise awareness on climate change, vaccine equality, and famine.

Billie Eilish, Coldplay and Jennifer Lopez will perform in New York’s Central Park, where Britain’s Prince Harry and Meghan Markle will also be on stage. BTS in Seoul, Elton John in Paris, and many other pop stars join hands together to raise awareness about changing global climate and the importance of Covid Vaccine.

According to the organisers, the goal of this new Global Citizen Live is to raise the attention of “governments, huge corporations, and philanthropists to work together to safeguard the planet and eradicate poverty.”

“Faced with the climatic emergency, the fight against inequalities and the return to global activity after the covid, we need a radical change in our ways of life, rethinking our relationship with nature, as well as our way of producing and consume ”, declared the mayor of Paris, France (which is one of the concert venues.)

The concept is that there will be artists from all over the world to fill in all time zones and provide music 24 hours a day.

The star-studded line-up will also urge for action at the G20 summit next month and the COP26 climate conference in November.

In addition, scenarios are expected to occur in cities such as Madrid, Buenos Aires, Rio de Janeiro, Johannesburg, Lagos, Sydney and Bombay.

“Across six continents, artists will help rally citizens in demanding that governments, major corporations and philanthropists work together to defend the planet and defeat poverty,” NGO Global Citizen said in a statement.

It said it was focusing “on the most urgent, interrelated threats hitting those in poverty the hardest — climate change, vaccine equity, and famine”.

Other artists such as Metallica and The Weeknd, are also taking part, either through live or video performances.

Global Citizen aspires to plant one billion trees, distribute one billion vaccines to the world’s poorest countries, and feed 41 million people on the verge of starvation.

The organization has been behind other high-profile charity events, including “Vax Live: The Concert To Reunite The World” earlier this year in Los Angeles.

That brought together musicians, actors, celebrities, world leaders and even the pope, in support of global vaccines to fight Covid-19.

Global Citizen sees itself as a movement dedicated to ending severe poverty by the year 2030.

Its software utilizes incentives like concert tickets to convince users into pressuring governments on subjects like sustainability and equality.

The head of the World Health Organization, Tedros Ghebreyesus, lent his support to the latest campaign, urging vaccine equality.

“We now face a two-track pandemic of haves and have-nots,” he said.

“We cannot disregard this gross inequity or become complacent.”

Everyone is playing their part in order to end poverty around the world and working hard to create awareness about the importance of the Covid 19 vaccine among the people.

Let us hope that soon our hard work pays off and we can get rid of Poverty and Covid 19.