‘Black Panther: Wakanda Forever’, ‘Spider-Man: Across The Spider-Verse’ Among Most Anticipated 2022 Movies 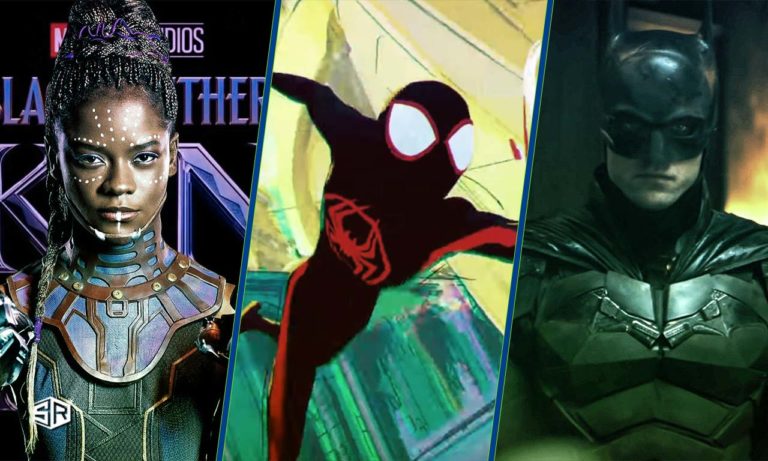 Fandango; an online ticket retailer ran a poll this month in which more than 6,000 ticket-buyers participated, sharing which films they’re the most excited about moving into 2022. Disney & Marvel’s Black Panther: Wakanda Forever took the top spot in the list followed by Sony & Marvel’s animated title Spider-Man: Across the Spider-Verse (Part One).

Even though the production of Black Panther: Wakanda Forever is facing hiatus as star Letitia Wright is recovering from a previous injury sustained on-set, the cameras are expected to get back rolling in January with the actress, as initially reported by Deadline. However, there’s been no confirmation to date that the sequel’s release date of November 11, 2022, will be postponed.

Despite the fact that the pandemic is still prevailing, moviegoers have shown great enthusiasm recently that they will come out for movie events. The biggest proof of that was the Spider-Man: No Way Home, in particular, the title film of Marvel Cinematic Universe, which became the first movie of the pandemic era to gross $1 billion on Christmas season. As forecasted by Gower Analytics the domestic box office will reach $9.2 billion in the coming year, a 114% rise above the current 2021 numbers in the US and Canada through December 26 at $4.3 billion.

Moreover, Fandango questioned the ticket-buyers about their latest experiences of the movie theatre and their planned movie habits that are going in the new year with them, the results were following:

All the people who participated in the survey watched at least one movie in cinema during the last year and these polls were conducted in the first three weeks of December.

In a statement, Fandango managing editor Erik Davis said: “Audiences are looking for unforgettable experiences at the theater and 2022 promises to deliver a bounty of exciting new movies that you must see on the big screen. From some of the biggest returning characters like Spider-Man, Batman, Catwoman and Doctor Strange, to memorable franchises like Black Panther, Top Gun, Mission: Impossible and Jurassic World, the new year is packed with thrills, chills and adventure around every corner.”

Here are the top picks in the result of a survey Fandango conducted:

In the year 2022 fans will hopefully be able to enjoy their favourite movies in the cinemas and theatrical tentpoles will release on their potential given dates. Lest a new variation of Covid-19 comes in view and delays the possible releases like what has been happening in the last two years of the pandemic.