John Boyega Says Fame After ‘Star Wars’ Made Him Feel Exhausted: “You’re Tired of Your Dream” 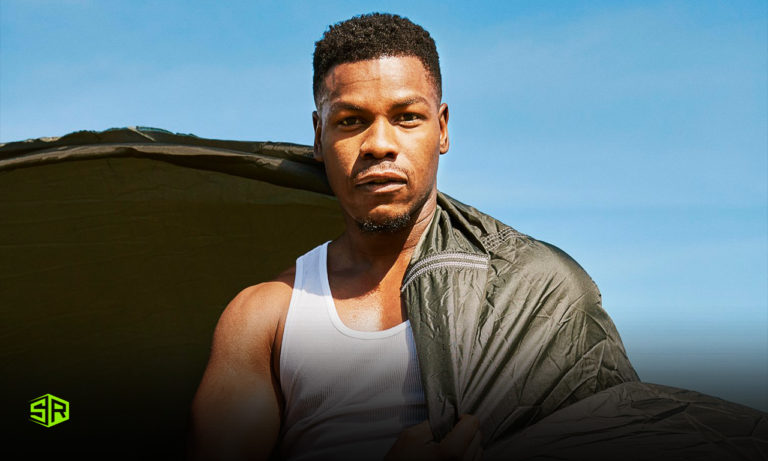 John Boyega, the renowned actor known for his role in Star Wars, has been active in his Hollywood career nonstop since he landed a role in the global movie series. A character that launched him to stardom. In a recent interview by Men’s Health, the 30 years old actor opened up on how his work ethic ultimately made him encounter issues regarding mental health.

Boyega said that while growing up in a working-class community circle in Peckham, London, his prime ambition was to have that “battery power” that paved the path for him to become a “millionaire by probably 22 or 23.”

And this happened because of his role in the sequel trilogy movies of Star Wars, Finn: The Force Awakens (2015), The Last Jedi (2017), and The Rise of Skywalker (2019). This year the star again has 3 movies lined up. He took it to Twitter to announce that with love:

However, the self-persuasion to keep that momentum upward turned toxic at some point. “[I] had to say yes to everything,’ It’s tiring and it’s stress, and then dealing with the fact that you eventually have to perform,” he said while explaining the pressure he put on himself. “There are many different ways careers can exhaust you, but the artistic way is unique.”

He said that his work schedule made him feel “exhausted, frantic, and paranoid.” He further added, “You’re tired by your own dream, what you love.”

Being able to word your thoughts openly about this kind of pressure is very essential, which is the reason he keeps a surrounding of trusted friends and family around him who will hear without passing judgment, he said.

“You choose your circle in which you can accept how you express yourself. Once you feel that acceptance, they can help you, help motivate you,’ That’s your safe place as a celebrity. So you can actually complain [about the downsides of fame],” he said.

He continued by adding “I still want to say that s***, ‘Like, this is petty, but I want to tell my sisters, ‘Oh, this is just how I feel.’ And they’re going to be like, ‘This is petty, but yeah, I hear you.’ Whereas in the world it’s going to be like, ‘You’re a f***ing millionaire, you idiot. You know what I had to do this morning, and you’re complaining about that?’ Let me just chill and complain to the people that understand that I’m not trying to be evil. It’s just today, I’m sad. I’m experiencing [this phase of my career] as a more balanced person who is willing to improve. I know it’s a weird, random thing to say, but I’m willing to say sorry.”

However, Boyega knows how blessed he is — and the influence he has to become a role model. Getting into that mindset has helped him discover the gratitude that he needs to go through the bad days.

“You have two options as an artist,” he said. “Fixate on your fatigue or acknowledge that you’ve arrived and express your extreme gratitude. When I was broke and no casting director wanted to see me, if someone said, ‘We’re going to fly you out tomorrow, take care of your hotel, shoot a Men’s Health cover, then fly you back,’ I would’ve cried with joy. Yeah, I just got off a flight, but that’s what the rappers sing about. I’m living it.”

He is using his platform to raise awareness on relevant causes — like when back in 2020 his speech at a protest went viral regarding Black Lives Matter — which received quite a “backlash,” he says, but as he is a proud Nigerian actor, it is a part of the course.

“Our empowerment is not your demise,” he said while talking about Black empowerment. “This is who I am. I’m going to speak about what I believe in and make sure that whatever I do is aimed at supporting the people.”

Tom and Lorenzo also shared a tweet regarding Boyega’s statement. The caption reads: “Our empowerment is not your demise. THE WOMAN KING star John Boyega for Men’s Health”

"Our empowerment is not your demise."

The British-born Nigerian immigrant is not hesitant to speak out about the unfair treatment of Black actors in films. Last year, he again made it to the headlines after he voiced his complaints on how actors and characters of color are being presented in the new Star Wars movies, telling British GQ how he felt marginalized in the filming process.

“What I would say to Disney is do not bring out a Black character, market them to be much more important in the franchise than they are and then have them pushed to the side,” he said at the time. “It’s not good. I’ll say it straight up.”

Contemplating his comments in the past, Boyega admitted to Men’s Health that he hopes that his stance can generate accountability for leaders in the field.

“I’m the one that brought this to the freaking forefront,” he explained. “At least the people going into it now, after my time, [they’re] cool,” pointing out that now, Lucasfilm is “going to make sure you’re well supported and at least you [now] go through this franchise knowing that everybody is going to have [your] back. I’m glad I talked out everything at that time.”

With modern-day life being so fast and all influenced by social media, it can take a huge deal of toll on an individual’s mental health. According to studies and surveys, in the US around 1 in 4 people, 25-26 percent to be exact, suffer from mental health issues in a given year. It can be either only one form of mental disorder or many at a time.

The same is the case in the UK regarding mental health problems, which have a percentage of 25 according to a study performed in 2017. If you are suffering from any mental disorder, don’t feel alone as many big names in celebrities also suffer from mental disorders and have spoken about it openly like Selena Gomez, Chrissy Teigen, Leonardo DiCaprio, Demi Lovato, Terry Crews, And Adele.

Not only that, many have been working on the matter and donating to mental health institutes to give awareness of how important it is to speak up and discuss your issues with your loved ones. Don’t feel alone if your grades are not rising. Don’t stay silent because you feel great pressure at your work. Don’t hide if your family problems are just increasing. Seek help, Speak, Talk, Share, Express, and Discuss!

Find help on HelpGuide no matter the location or you can contact these official Mental Health America numbers.