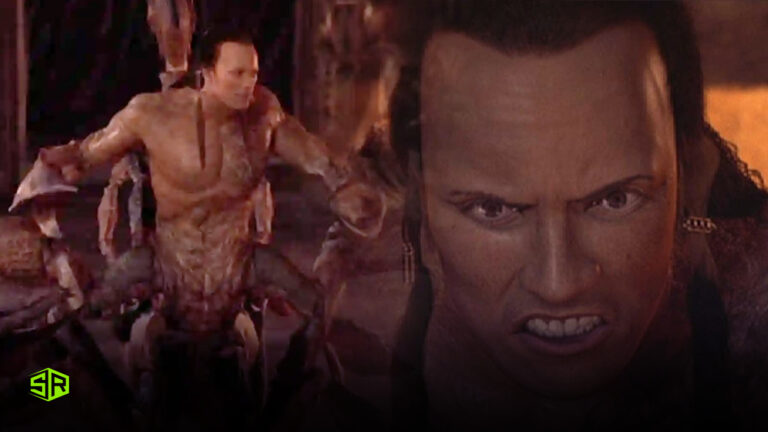 Brendan Fraser, who played the titular character in The Mummy Returns, has defended the notorious use of CGI for the Scorpion King in the sequel. Fraser portrayed the daring adventurer Rick O’Connell in all three movies of the Mummy series between the years 1999 and 2008.

Dwayne Johnson made his debut in the role of Mathayus the Scorpion King, an adversary in the film, which he played in The Mummy Returns, the sequel to the original film that was released in 2001. After that, Johnson went on to feature in the film The Scorpion King in 2002, but he did not come back to appear with Fraser in the third edition of The Mummy, which was titled The Mummy: Tomb of the Dragon Emperor.

In the last two decades that have passed since the release of The Mummy Returns, the film has come under heavy fire for the extensive use of CGI that brought in Johnson’s Scorpion King to life. The visual effects artists who worked on the film have said in the past that the effects have not stood the test of time, which explains a number of the reasons behind the Scorpion King’s infamously rough appearance.

During an interview in a film for GQ, Fraser discusses and defends the notorious CGI portrayal of the Scorpion King from The Mummy Returns. The Scorpion King’s image is described as “dated.” Here’s what he said:

“I know, I know, be kind. The guys who did the CGI of the Scorpion King, at the premiere, they were like, ‘hey, how are you, good job. You know, we did the CG for the Scorpion King.’ And they kind of went, ‘yeah, we needed a little more time [Laughs] before we…’ But it was very last minute, I don’t know. But some of the charm of it is that when you watch it now, like it could get remastered I guess, but it kinda wouldn’t be as fun if you didn’t see this sort of janky video character of Dwayne going ‘rawwwh.’ [Laughs] And somehow, it’s just perfect, how things work out.”


Since 2001, there have been substantial advancements made in CGI, with the result being that the special effects in The Mummy Returns are even more “janky.” However, the actor reveals that even the VFX artists were dissatisfied with the way the character appeared in the movie when it was released since they didn’t have enough time to smooth out the wrinkles in the character’s appearance.

Additionally, John Berton Jr., the VFX supervisor for The Mummy Returns, has stated in the past that his team lacked the references they needed due to Johnson’s busy schedule. This is also the reason why Johnson and Fraser didn’t even meet until after the completion of film production.

Fraser makes a persuasive argument regarding the issue with the Scorpion King’s CGI, as they are well known and have been the subject of derision among Mummy fans in the years since the release of the sequel.

The grainy CGI provides an element of nostalgia to the classic sequel, which has gained in popularity in the twenty years after The Mummy Returns was first released. The Mummy series naturally lends itself to an over-the-top and silly tone at times, with the humorous parts often establishing a perfect balance with the action that is occurring on screen.

The articulation of the Scorpion King’s CGI character is often considered to be among the most badass in the whole history of cinema.

Personal Opinion: The Scorpion King has one of the most badass character designs in film history (and best use of CGI) pic.twitter.com/CnoKgYaeuz

As a consequence of this, the appearance of the Scorpion King in The Mummy Returns unquestionably adds an additional degree of goofiness to the film, which has the potential to lessen the dread element associated with the monstrous monster. On the other hand, it creates an even more enjoyable and interesting watching experience.

Since the release of The Mummy Returns, both Johnson and Fraser have been publicly supporting one another for the last twenty-one years. They have expressed a mutual appreciation for the time they spent working on the sequel, despite the fact that they have never shot a scene together face to face.

Recently, Dwayne Johnson expressed his delight at Fraser’s reappearance in “The Whale” and extended his gratitude to him for the assistance he provided in securing his very first part in the Hollywood film industry. Darren Aronofsky, the film director, quotes Fraser as the missing piece of the movie. Fraser regards his role in the movie as the most challenging accomplishment of his career.

The majority of Fraser’s former co-stars from The Mummy returns series are happy about his professional success with the release of his critically acclaimed picture The Whale, and the actor maintains positive relationships with the vast majority of his former cast mates from the series.

The warmth that exists between the co-stars, in addition to Fraser’s frequently voiced ambition in creating another Mummy movie, has given some people reason to think that a fourth installment of “The Mummy” may be produced at some point in the foreseeable future.

The Mummy 4 might possibly follow the path of numerous legacy sequels and action reboots that have come out in recent years, which would be an exciting proposition for fans of the original series. Fraser is on board for the project, so this is a possibility.

What are your opinions on the CGI articulation of Scorpion King’s figure, as well as Fraser’s defensive remarks about it? Let us know in the comments section below!