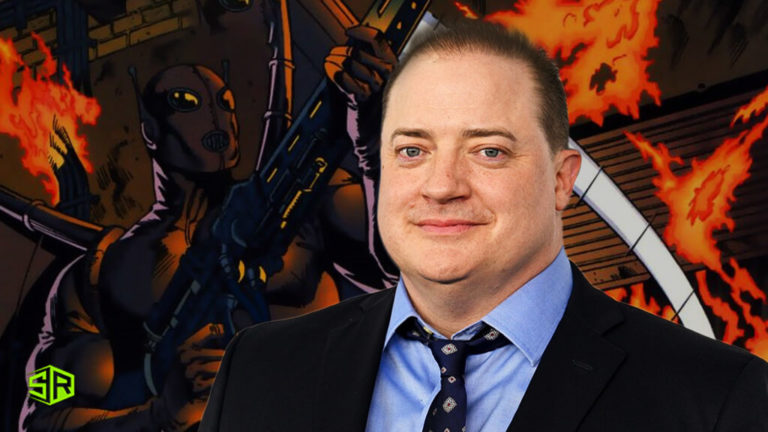 Brendan Fraser is scheduled to play a villain in the live-action Batgirl film. According to Deadline, Fraser will portray the supervillain Firefly, who is obsessed with setting things on fire, like a firefly.

Here is what Rotten Tomatoes posted on their Twitter account, confirming that Brendan Fraser is all set to play the villain:

He's rumored to play the supervillain Firefly in the film.

Fraser is no stranger to the DC universe, as he currently plays Robotman/Cliff Steele on Doom Patrol. Given that he simply delivers a vocal performance and infrequent in-person appearances, he shouldn’t have any trouble continuing that job while also haunting Gotham’s residents in a big movie.

The storyline of “Batgirl” has been kept under wraps, although it revolves around Barbara Gordon, the daughter of Gotham police commissioner Jim Gordon. J.K. Simmons will reprise his role as Jim Gordon, which he initially played in Zack Snyder’s “Justice League.”

Adil El Arbi and Bilall Fallah, the directors of “Bad Boys for Life,” will direct “Batgirl” for Warner Bros. The script is being written by Christina Hodson (“Bumblebee,” “The Flash”).

“Batgirl” will air on HBO Max, a WarnerMedia-backed streaming service, in 2022. The project is significant for being one of the first big DC Comics titles to bypass theatres in favor of streaming.

Furthermore, it’s one of the studio’s rare comic book adventures to feature a female superhero, following “Wonder Woman” and its sequel, as well as Margot Robbie’s “Birds of Prey.”

Continues the “George of the Jungle” and “The Mummy” star Brendan Fraser’s career resurrection, after he disappeared from Hollywood in the mid-2000s. Since then, he’s been on FX in Steven Soderbergh’s crime drama “No Sudden Move” and Danny Boyle’s “Trust.”

Fraser also just earned the main part in Darren Aronofsky’s upcoming film “The Whale,” an adaptation of Samuel D. Hunter’s play about a 600-pound middle-aged loner, and he will appear with Leonardo DiCaprio and Robert De Niro in Martin Scorsese’s “Killers of the Flower Moon.”

The internet has ample reasons to appreciate Fraser, as the actor has become a social media trending topic for a variety of positive reasons throughout the years. The news of Fraser’s casting in Batgirl, on the other hand, has set the internet on fire – and here are just a handful of the replies.

I hope Brendan Fraser plays a brutal Firefly, just to shock people. He’s known for being such a nice dude so to play a villain who’s merciless would be so effective

Brendan Fraser to star in BATGIRL Movie! We are truly in the Fraserenaissance ? pic.twitter.com/VVF49ZH4a5

We wish him all the success he deserves as a result of his efforts. It’s wonderful to have his presence in “Batgirl”, which will air on HBO Max.

Fans of Branden Fraser, brace yourselves, as he will be back in 2022.