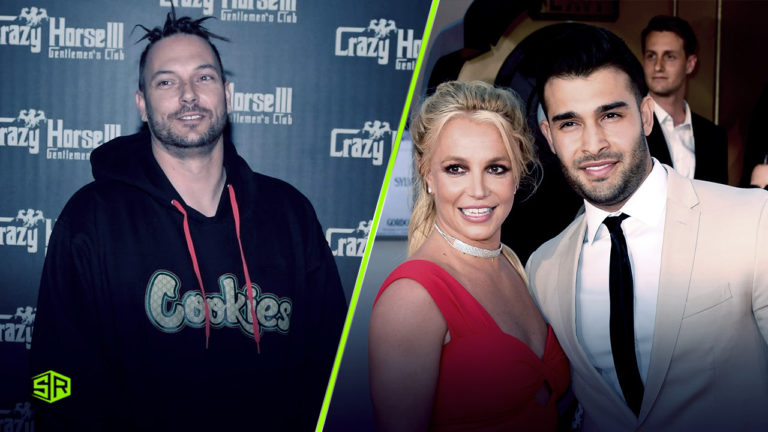 On 12th April, just a day after Britney’s big news which took the nation by storm, she was congratulated by Kevin Federline, her ex-husband.

Britney Spears, 40, shared the good news on her Instagram with the rest of the world that she’s expecting a baby with her fiancé, Sam Asghari.

Kevin Federline, Spears’ ex-husband issued a statement through his attorney congratulating Britney and blessing the happy couple on this new phase in life.

Mark Kaplan, Kevin’s attorney stated, “Kevin is aware of the recent posting by Britney regarding her announced pregnancy and wishes her a happy and healthy pregnancy.” He further added, “and congratulates her and Sam Asghari as they go through the excitement of planning parenthood together.”

Spears and Federline tied the knot in 2004 after dating for just 3 months. They welcomed their first son, Sean Preston in September 2005. Followed by Jayden James, their second son in September 2006. A year later Spears filed for divorce and the couple decided to share custody of their kids.

However, things took a turn for the worse when due to her overuse of substances and alcohol, the custody of both kids was handed over to Federline in 2008.

After many ups and downs since then, as of 2019 Spears and Federline are in an amicable relationship with a decent co-parenting 70/30 custody agreement of Sean and Jayden, 16 and 15, respectively.

On April 11th, Spears ecstatically shared the news on Instagram that she’s expecting her third child with her fiancé, Sam Asghari. She went on in detail about how she made the discovery, because she put on some weight after their trip to Hawaii and how “the husband”, Asghari as she endearingly refers to him on her social media teased that it could be a food baby.

But the pregnancy test revealed a whole other story. She wrote,

“I got a pregnancy test … and uhhhhh well … I am having a baby.”

The celebrity has been quite vocal about always wanting to have more kids but was not allowed because of the conservatorship under her father. She had no right to make decisions about her body. At a court hearing in June, she said,

She further added on the brink of tears, “I deserve to have the same rights as anybody does by having a child, a family, any of those things.”

But as of November 2021, Britney broke free from her father’s control over her and was seen healing and celebrating the day after spending 13 years in shackles.

Asghari proposed to Spears back in September 2021 after dating for five years. The lad, who’ll be having his first kid with her is looking forward to experiencing fatherhood. A few hours after Britney’s announcement, the 28-year-old fitness trainer shared his overwhelming feelings with his followers,

“Marriage and kids are a natural part of a strong relationship filled with love and respect. Fatherhood is something i have always looked forward to and i don’t take lightly,” he also shared a cute family photo of two lions with a cub, and added, “It is the most important job i will ever do.”

Asghari has always been super supportive and affectionate for Spears in the past. On December 2nd, her last birthday, he shared how he admires Spears’ relentless strength and wished happy birthday to “his wife”.

In her announcement post, Spears said she’ll actively avoid going out because her past two pregnancy experiences have been horrid because of the paparazzi ambushing her all the time. As a result, she also went through perinatal depression and how it was saddening at that time such a topic couldn’t be discussed publicly without shaming the mother-to-be.

She expressed her relief at the change of times, “But now women talk about it everyday. Thank Jesus we don’t have to keep that pain a reserved proper secret.”