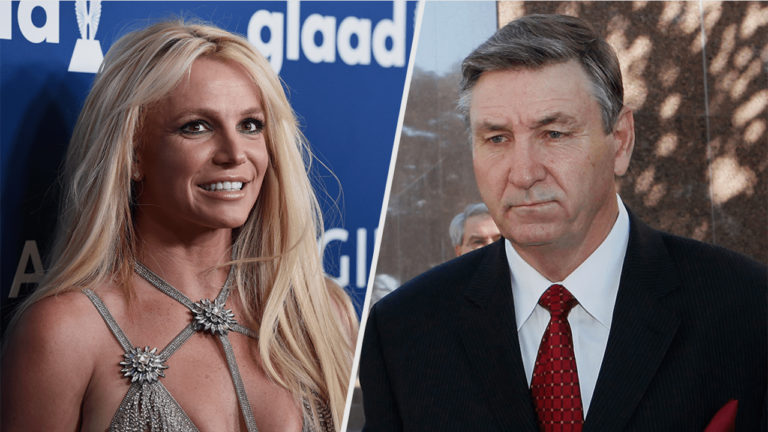 Britney Spears’ father, James “Jamie” Spears has filed an appeal to end his daughter’s conservatorship, which he has been controlling for the last 13 years at least.

In the Petition filed on Tuesday in Los Angeles Superior Court and obtained by The Associated Press, Jamie’s legal team highlighted instances in which the 39-year-old pop star had requested in court to end this conservatorship that has controlled her life and money.

“Recent events related to this conservatorship have called into question whether circumstances have changed to such an extent that grounds for the establishment of a conservatorship may no longer exist,” the filing states.

The document further reads, “As Mr Spears has said, again and again, all he wants is what is best for his daughter. If Ms Spears wants to terminate the conservatorship and believes that she can handle her own life, Mr Spears believes that she should get that chance”.

Mathew Rosengart, attorney for Britney Spears, claimed that Tuesday’s development is a  “vindication.”

“This filing represents another legal victory for Britney Spears — a massive one — as well as vindication for Ms Spears,” Rosengart said in his statement to CNN. “It appears that Mr Spears believes he can try to avoid accountability and justice, including sitting for a sworn deposition and answering other discovery under oath.”

Rosengart further said that Britney will “continue to explore all options.”

Britney Spears’ conservatorship was established in 2008, when she began to have very public mental struggles, as the media obsessed over every detail, swarms of paparazzi relentlessly followed her everywhere, and she lost custody of her children.

“I just want my life back,” Britney Spears said. “And it’s been 13 years and it’s enough. It’s been a long time since I’ve owned my money. And it’s my wish and my dream for all of this to end without being tested.”

Spears stated in Tuesday’s filing that she was unaware that she could file a petition to end the conservatorship, which she has yet to do. According to the filing, Penny’s decision to let her hire her own attorney, Mathew Rosengart, shows that the court trusts her with critical decisions. It also claims that evidence reveals she has “demonstrated a level of independence” by doing things like driving herself in Southern California.

The filing also cites her desire to make her own decisions on therapy and other medical care.

Spears had said in her June 23 speech that she was forced to take certain drugs and use an intrauterine device for birth control against her will, under the conservatorship.

James Spears has requested a court investigation into these and other charges, claiming that they were matters beyond his control because he had stepped down as conservator of his daughter’s personality and given the responsibility to court-appointed professional Jodi Montgomery.

On July 26, Rosengart filed a petition for James Spears’ removal, stating that he had mismanaged his daughter’s finances and affairs and that he had taken advantage of the conservatorship. The judge denied him an emergency hearing, stating that the case could be heard in due course in September.

The lawyer said he appreciated James Spears’ indication that he would eventually step down, but that would not deter his efforts to remove him.

Spears blamed the conservatorship’s initial existence for keeping her career afloat, despite the fact that she has put her work on hold for more than two years.

Fans who were outraged by her situation — and saw what they believed were pleas for help in the pop star’s Instagram photos — began using the hashtag #FreeBritney and began appearing outside her court sessions.

We are yet to see whether or not the #FreeBritney campaign actually sees a fruitful end.

20 Of the Best Romance Movies on Hulu