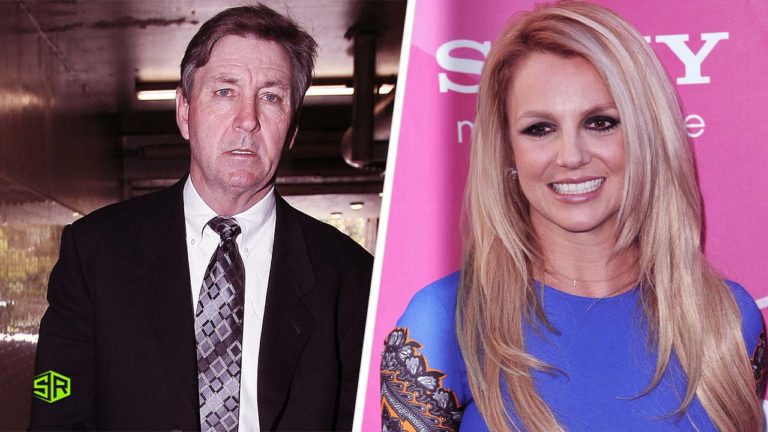 Britney Spear’s father, Jamie Spears, who was in charge of her conservatorship and recently suspended legally, is now asking his daughter’s estate to keep paying him his permitted dues. To which the attorney of Britney Spears reacted and called this request an “abomination.”

According to the documents, Jamie Spears moved to court last week to pursue the court’s “confirmation, authorization, and direction” and make his daughter’s legal camp pay the attorneys who were “participating in proceedings concerning Jamie’s ongoing fiduciary duties relating to winding up” following the conservatorship.

The pop star was bound to pay all of her father’s bills legally as he was serving as her conservator that lasted for 13 years. Along with that, she was paying all the legal bills and fees of the legal procedures she was defending herself, in that she claims; for years, she was trying to get out of it. (According to a source, Jamie’s lawyer charges an estimated $1200 per hour.)

In the 27-page appeal that’s been submitted, it is stated, “prompt payment on account of Jamie’s attorneys’ fees is necessary to ensure the Conservatorship can be wound up quickly and efficiently to allow Britney to take control of her life as she and Jamie desire.”

Britney Spears’ father was suspended by the court lawfully in September from the conservatorship. Jamie was blamed for the “conservatorship abuse” according to his daughter’s statement and also been a target of negative allegations in The New York Times, which includes spying accusations and a recent exposé on financial misconduct allegations that was published just this weekend. In response to this, Jamie Spears and Britney’s previous business manager denied it.

The report reveals that Taylor’s firm, Tri Star Sports & Entertainment Group, was a trivial entity until her collaboration with Jamie Spears in 2008 when they both penned a contract that would earn both millions.

It also reveals that the conservatorship, which persisted for an oddly long period of 13 years and grossed Jamie Spears around $6 million, gave him “vast power over [Britney’s] life and finances.” Moreover, the report also states that Tri Star has refused to disclose how much money it netted from the arrangement but quotes the figure at “millions” of dollars.

In recent years Britney has strongly voiced her concerns over the conservatorship, which started in 2008, stating that she had been compelled to work and that much of her earnings went in the pockets of a collection of lawyers, agents, managers, and many others due to several unusual financial agreements.

“Near the centre of it all was Ms Taylor, according to a New York Times investigation based on court filings, financial records, company documents, and interviews with more than 70 people familiar with the conservatorship, Ms Taylor or her businesses,” the report reveals.

Taylor relieved herself as Britney’s business manager in November 2020, while the conservatorship was concluded last month.

Weingarten, an attorney of Jamie Spears, stated that “Jamie’s administration of Britney’s estate was always consistent with Britney’s best interests.” He was of the view that the court, a co-conservator, and Britney’s court-appointed attorney sanctioned Mr. Spears’s decisions. He added, “Jamie has nothing to hide and will therefore hide nothing.“

However, an attorney of Taylor, Charles Harder, stated that Tri Star “faithfully served the estate” and assisted Ms. Spears to establish an estimated $60M fortune. “That is a success by any standard.”

A lawyer for Stonebridge, Matthew G. White, penned in a recent letter to Britney’s legal camp that it “worked diligently and tirelessly to provide valuable services to benefit the estate,” frequently for no fee whatsoever.

However, the report claims that it is unclear whether Britney had the knowledge about how her money was being spent. Her legal team is investigating whether Jamie Spears, Taylor, and others involved dishonestly benefitted from the conservatorship.

Mathew Rosegart, the current lawyer of the famous star, has shown his concerns and raised questions on Britney’s estate financial management.

Rosengart has shown a strong response to the petition filed on Monday by Britney’s father asking his daughter to pay his legal dues by calling it an “abomination.”

Rosengart stated in a release:

Mr Spears reaped many millions of dollars from Britney as a conservator, while paying his lawyers millions more, all from Britney’s work and hard earned money. The conservatorship has been terminated and Mr. Spears was suspended ignominiously. Under the circumstances, his petition is not only legally meritless, it is an abomination. Britney poignantly testified about the pain her father caused her and this only adds to it. This is not what a father who loves his daughter does.

The long-going Britney’s conservatorship ended in November after 13 years of the period, following Jamie Spears’ suspension in September. Meaning that her father was the conservator of the state in her name.

He managed and controlled all of the decisions that were to be made in business or financially, which raised a lot of questions but now that he is suspended, he has no say in Spears’ estate that is worth over $60 million anymore.

An NYT report stated that in the conservatorship that lasted for 13+ years, Jamie received $6 million for his role in the settlement. Right now, an accountant is handling the administrative services related to the estate of the singer who Britney chose herself.

Alex Weingarten, who is one of Jamie Spear’s lawyers and filled the petition on his behalf, did not reply to Variety on any of the questions or any further comments.

Britney Spears’ conservatorship is turning into an ongoing saga as more and more developments are happening. It seems as though Britney’s parents haven’t settled down even after the case has come to an end. However, with all that said, the Pop Star seems exceptionally happy with her newfound freedom.