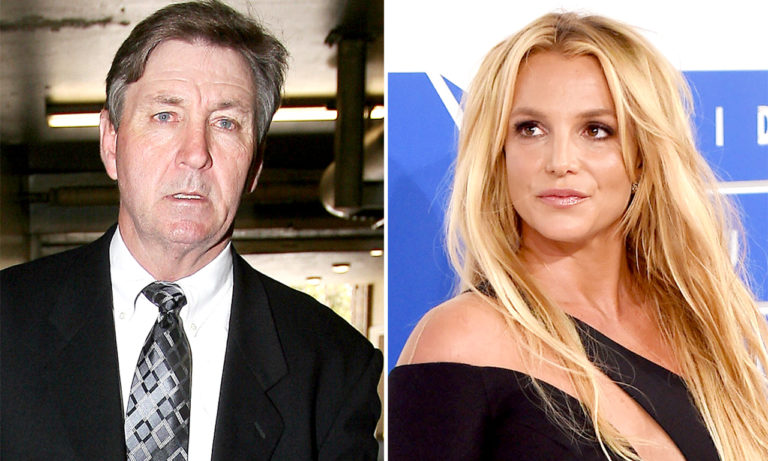 Britney Spears‘ counsel has filed a new motion to remove and suspend her father, Jamie Spears, from her conservatorship in light of allegations that her conservators were monitoring her phone and bugging her home.

In a recent court filing, Spears’ lawyer, Mathew Rosengart, has requested that Spears’ father’s conservatorship be immediately suspended “no later than” this week’s hearing on Sept. 29, followed by the “rapid termination” of the conservatorship.

The filing refers to recent reports by The New York Times, which revealed that Spears was supposedly being carefully followed by a security service hired by her father without her knowledge during the weekend.

According to the report, Spears’ father and former business managers, Lou Taylor and Robin Greenhill of Tri Star Sports and Entertainment, ran a sophisticated surveillance system that monitored Spears’ communications and secretly recorded audio recordings from her bedroom, including private conversations with her children.

Through an on-camera interview with Alex Vlasov, a former employee of Black Box Security who served as the assistant to the security firm’s CEO, Edan Yemini, the New York Times’ latest documentary, “Controlling Britney Spears,” which premiered on Friday, the charges were highlighted.

(When Tthe Times contacted him with a detailed list of allegations, Yemini declined to comment, but his attorney issued a statement to the publication saying, “Mr. Yemini and Black Box have always conducted themselves within professional, ethical and legal bounds, and they are particularly proud of their work in keeping Ms. Spears safe for many years.”)

Rosengart’s filing on Monday calls for an investigation of the claims, stating that Spears’ father allegedly “engaged in horrifying and unconscionable invasions of his adult daughter’s privacy.”

California, where Spears’ home was allegedly bugged, is a two-party consent state, which means that tracking Spears’ phone without her consent could be illegal.

In a statement obtained by Variety, Rosengart said,

“Unauthorized recording or monitoring of Britney’s private communications — especially attorney-client communications, which are a sacrosanct part of the legal system — represents an unconscionable and disgraceful violation of her privacy rights and a striking example of the deprivation of her civil liberties.”

“Placing a listening device in Britney’s bedroom would be particularly horrifying, and corroborates so much of her compelling, poignant testimony. Mr. Spears has crossed unfathomable lines,”

Rosengart’s statement continued, referring to the star publicly addressing the court on June 23 when she told Judge Brenda Penny that her conservatorship is “abusive.”

According to Rosengart, there is “overwhelming evidence” that Spears’ father should be removed.

The reasons for the suspension, according to the complaint, vary from “lack of financial acumen, to his bankruptcy, to his suspected alcoholism, to the trauma he has inflicted his daughter from her childhood to the Domestic Violence Restraining Order recently obtained against him.”

He says the singer pleads that “regardless of when the conservatorship ends, Mr Spears must be suspended now.” He doubles down on his client’s promise not to work until her father is removed, stating that “every day and every hour” that he remains the conservator of her estate causes Spears “anguish and pain.”

“Ms. Spears will no longer be bullied or extorted, nor will she further tolerate her father’s abuse, with its apparent misogynistic underpinnings,” the filing says.

Spears’ father suddenly petitioned to end the conservatorship earlier this month, indicating a huge change of heart after being in charge of his daughter’s conservatorship since 2008, making all financial decisions for her estate.

A billboard has been spotted in California from the Netflix documentary #BritneyVsSpears pic.twitter.com/rKR3hDbRsf

It’s unclear whether this week’s hearing, which is set for Sept. 29, will discuss the conservatorship’s termination in general or just Spears’ father’s position.

The creators of the Hulu and FX documentary “Controlling Britney Spears,” which unveiled the monitoring accusations, spoke with Variety over the weekend about their work.

Producer Liz Day said, “Having someone come forward with proof was incredibly enlightening and helps us realise how much of what Britney said in court in June may be accurate.” “It’s difficult to comprehend how it could happen to one of the world’s most famous people.”

Let’s see what will be the end result of this. Hoping the best for Britney Spears!