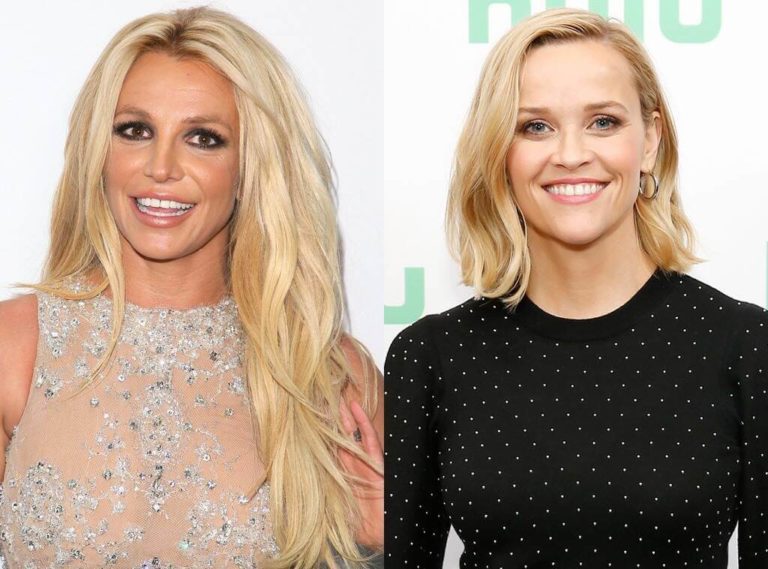 On Thursday, the actress and executive producer of Big Little Lies, as well as the latest YA choice from Reese’s Book Club, Lauren Blackwood’s Within These Wicked Walls, shared a love letter.

“Thank you @reesewitherspoon for being the epitome of complete enlightenment with your girlish nature to inspire me to read Within These Wicked Walls … it’s nice to remember it’s not always what you see in front of you !!! The magic of books can take you anywhere in the world !!!,” Spears said. “It’s a good one … thanks !!!”

In addition to sharing a page from the book, Spears commented on a photo shared by Witherspoon on Aug. 11 that showed her holding a coffee cup with some suggested daily routines, such as “have some fun,” written on it.

“And yes,” Spears wrote, “I will take your advice and hydrate …and CAFFEINATE [sic] … say something nice … be silly … have hope and kick some butt !!! You’ve inspired me my whole life … thank you !!!”

She also asked her a question, “Psss what and who speaks to your mind at heart ???”

The creator of Draper James made a remark, “Oh, honey!! This touches my heart! Thank YOU.”

Spears’ nice remarks were appreciated by Blackwood, a first-time novelist. She was incredibly excited.

“I am incoherent,” Blackwood stated. “Overwhelmed. Britney Spears is reading and enjoying my book. BRITNEY. SPEARS.”

I am incoherent. Overwhelmed. Britney Spears is reading and enjoying my book.

Witherspoon has always been an admirer of Spears. As several commenters pointed out, she admitted to having a crush on Spears on an episode of MTV’s Diary in 2001.

Witherspoon talked to Time in April about her reaction to the well-received documentary Framing Britney Spears, which explored Spears’ controversial conservatorship.

She added that despite the fact that the two women rose to fame around the same period in the late 1990s, for some reason she was seen as a decent girl while Spears was portrayed as the polar opposite. Witherspoon expressed sympathy for the singer.

“What if the media had decided I was something else? I would be in a totally different position,” she told the magazine. “I want to say it’s my decisions or the career choices I made, but it felt very arbitrary and kind of shitty.”

Britney is overjoyed today, and we love seeing our pop queen like this! An iconic star like her thanking Reese Witherspoon for motivating her to read is a big deal.

Truly, the power of books can take you anywhere on the globe. Did this motivate you to read, too? Let us know in the comments!