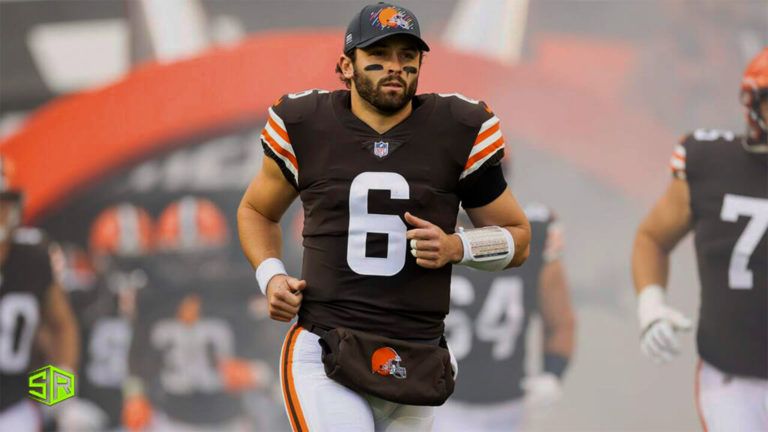 Despite a severe left shoulder injury suffered a month ago while attempting to make a tackle, the Browns quarterback intends to play Thursday night against the Denver Broncos.

When asked if he expected to play, Mayfield responded, “I do.”

Mayfield was late to join his teammates on the practice field after re-injuring his non-throwing shoulder on Sunday. He did, though, throw a few passes at the end of the segment available to reporters.

Prior to the exercise, Mayfield stated that the ultimate decision on whether he plays would be based on his ability to perform at his best — which may not be possible right now. He intends to put his pain tolerance to the test with strong throws.

“I think whenever we decide to give me some of these reps and throw the pads on and simulate these throws, these game throws. If I’m not able to do and be 100 percent, that’s where I’d be at.”

“I have to make that decision. Only I know how my body feels. And if anyone questions whether I’m hindering the team in going out there injured, that’s just not right. so it’s my decision, I get to say whether I’m able to play or not, and that’s just how it is.”

Coach Kevin Stefanski stated that Mayfield would be restricted in training and that no decision on his availability has been made.

“You guys know Baker — he’s a fighter,” Stefanski has said. “He’s as tough as they come. I expect him to fight like crazy to get to Thursday. I think that’s a great message to our entire team, and we have talked about that as a team.”

“On these Thursday night games you have to fight, scratch and claw because it is hard, but it is hard on both teams.”

Case Keenum is Cleveland’s backup quarterback, and the 33-year-old veteran with 62 careers NFL starts will play if Mayfield is unable to go.

How to Watch NFL on Amazon Prime outside the USA

Keenum was signed as a free agent by the Browns prior to the season.

“I honestly have a ton of confidence in all of our backups,” When asked about his belief in Keenum, Stefanski stated. “I really do. These guys stay ready so they do not have to get ready. They do a great job in the meeting rooms and on the practice field.”

“Specifically to Case, he’s a pro. He will be ready if we need him, and that is no different than a lot of these guys.”

Mayfield has missed the last four games due to a full tear of his left labrum, which he suffered on September 19. He’s wearing a harness to help sustain his shoulder, but it still popped out of the socket twice in a defeat to Arizona on Sunday, one on a non-contact play.

Mayfield claimed after the game that his shoulder dislocated after he was tripped by Cardinals defensive end J.J. Watt and fell with his arm fully extended.

“Anybody’s shoulder probably would have popped out how I fell, so it just was kind of a freak deal,” Mayfield said, adding the play caused more damage. “It wasn’t ideal by any means. I’m not going to get into details but, yeah, it’s not the same.”

See the video of Mayfield where he is seen talking about his shoulder injury:

Mayfield, 26, said it’s critical for him to stay on the field.

“I think that sets the tone,” he said. “Obviously, if I was in a physical state where I wasn’t able to play to the best of my abilities and I was hurting the team, I wouldn’t do that because I care about winning and I want to give this team the best position to do that, so I want to be out there.”

“I want to get healthy, I want to do all that, so that’s what it’s about.”

Mayfield is awaiting a second opinion on the findings of an MRI to determine the extent of the injury to his non-throwing shoulder, which he hurt in Week 3. He claimed the agony is “up there for me” and worse than the first time he damaged it.

Mayfield might benefit from a day off. After playing the Broncos on Thursday, Cleveland won’t play again until Oct. 31 against Pittsburgh, giving Mayfield’s injury time to recover.

But he isn’t looking past the Broncos.

“I’ve got this game on my mind and this one only,” he responded. “I could care less, I’m trying to win this one.”