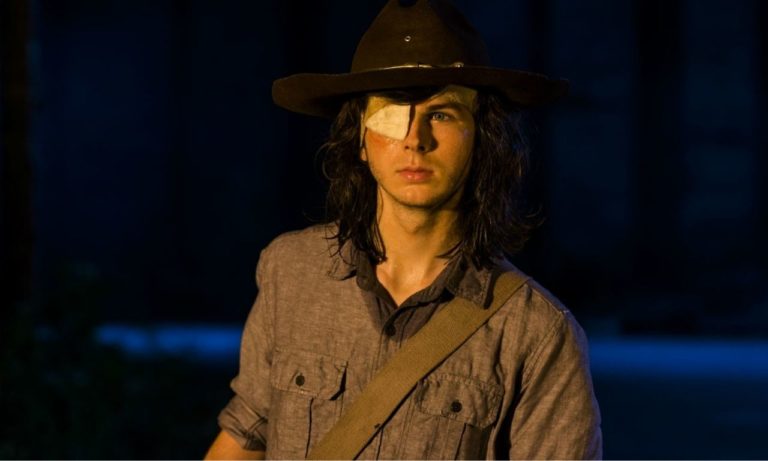 We might get to see the return of Carl Grimes in the Walking Dead movie by Andrew Lincoln!

The demise of Carl Grimes in The Walking Dead drama was indeed a shocker for many fans. The aura build around Carl’s character in the comics as the son of the unkillable Rick Grimes made many fans belive that he might be the invincible one. However, Carl’s death in season 8 following a zombie’s bite made everyone realize that he was not as off-limits as everyone thought.

The death of Carl Grimes upset many fans, and many of them were disappointed with the franchise. Rumors about Chandler Riggs being fired from the project also started circulating. However, the talks have been dumped as Riggs’s news possible return in Andrew Lincoln’s The Walking Dead movie has emerged.

According to the news insider‘Daniel Richtman’, Carl Grimes will be featuring in one of the installments of The Walking Dead spinoffs that AMC Entertainment Holdings Inc is planning. According to the rumor, Carl will not just resurrect, but he will be in the movie in flashback sequences.

However, the insider hasn’t spilled any beans whether it will be Riggs himself playing the role of Carl but out specualtion is that it will surely be him. The production has not started yet, and no official word has been released regarding Riggs’ return, so let’s wait for the moment.