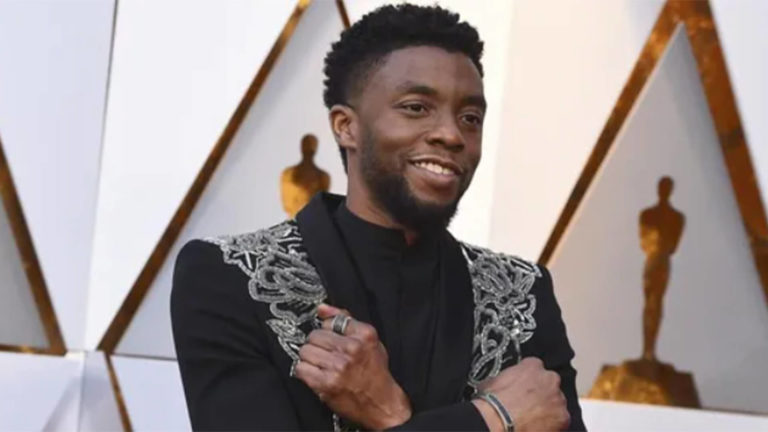 While the late actor’s fans were glued to their screens to watch their favorite actor’s posthumous win, Anthony Hopkins was surprisingly announced as the winner for the Best Actor trophy for his role in “The Father” at the 93rd Academy Awards.

Boseman, who lost his life to Colon Cancer back in August 2020, received a posthumous Academy nomination for his role in the Netflix original film, Ma Rainey’s Black Bottom.

The film, released just after three months of his death, met with critical and user acclaim. The film has won 44 awards till now, including two Oscars (out of five nominations) for Best Costume Design and Best Makeup and Hairstyling.

Also Read: Kate Winslet Reveals that She Keeps her Oscar in her Bathroom

What drove the late actor’s fans crazy was the hype that the Oscars built up for his award. Before the ceremony took place, it was announced that every Academy Award nominee would get a digital artwork created by Andre Oshea that will be redeemable by an NFT.

The fans were angered as Boseman’s NFT was included in the gift bag and that the Academy restructured the categories by closing the ceremony with the Best Actor award.

Y’all commodified Chadwick Boseman into a NFT for swag bags but couldn’t give him an Oscar…. lol okay

One user even alleged that the statue is just a touch-up to a royalty-free 3D model and that the artist has just “turned the model gold.”

Another user showed his confusion in a tweet as he couldn’t decide what was the worse thing, the commodification of Chadwick Boseman’s death, the NFT, or the presence of NFT in the gift bags of all Academy nominees.

Idk what’s worse the fact that it’s an Nft, the fact that Chadwick Boseman’s death is being commodified, or that this is in every Oscar nominees’ gift bags https://t.co/LVc5Nk04mE

The NFT is set to be auctioned off by Rarible, and the 50 percent proceedings will be donated to The Colon Cancer Foundation.

Boseman rose to fame with his films like Get on Up, and 42. However, the actor got global attention with his role of T’Challa or Black Panther. He has appeared in 15 films throughout his career including Black Panther, Avengers: Infinity War, and Avengers: Endgame.