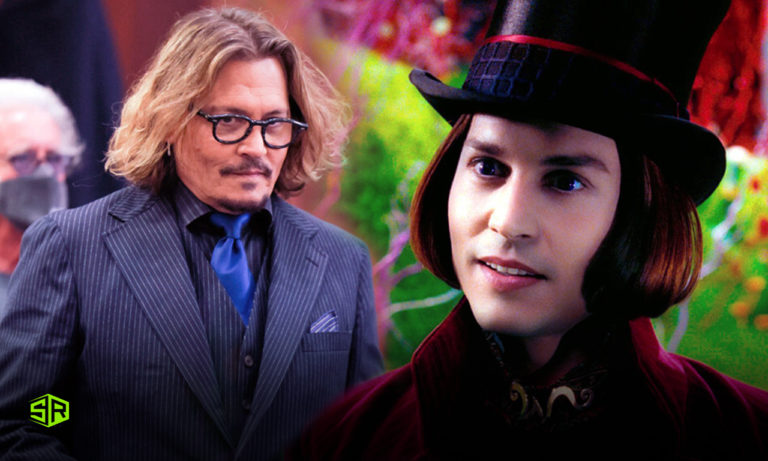 One divisive Johnny Depp movie has landed itself in the Top 10 Streaming list on Netflix.

The actor’s ongoing defamation case against his ex-wife, Amber Heard is a trial many have gotten hooked on globally. Amidst the battle in court, one Depp movie has been gaining a lot of attention. The movie in question is none other than the polarizing movie, Charlie and the Chocolate Factory, released seventeen years ago in theatres.

This movie has cracked the Netflix top 10 most popular movies in the U.S. and taken up the 8th spot on the list as of Tuesday afternoon. The movie has been adapted from Roald Dahl’s 1964 children’s book of the same title.

It stars Depp as an eccentric chocolatier Willy Wonka, who’s being a host to five lucky children (including their parents) on an exclusive tour of his chocolate factory. As long as they’re on their best behavior a prize awaits them at the end of their adventurous journey.

Charlie and the Chocolate Factory was directed by Time Burton and was released three and a half decades after Mel Stuart adapted Dahl’s book as Willy Wonka and the Chocolate Factory, which came out in 1971. The Stuart version of Willy Wonka was played by Gene Wilder, which was considered one of his most iconic roles; hence, expectations from Depp were certainly at an all-time high.

We did it! Charlie and the Chocolate Factory has once again cracked the Netflix top ten! 🍬🍫 pic.twitter.com/44NfNgdbUG

Burton and Depp’s artistic masterpiece ended up grossing more than $475 million at the box office worldwide and received a positive review on average despite Depp’s eccentric portrayal of Wonka being a bit alienating.

Wilder sure wasn’t a fan of the remake. While speaking at a 92Y event in 2013, the actor said:

“It’s just some people sitting around thinking, ‘How can we make some more money?’ Why else would you remake Willy Wonka? I don’t see the point of going back and doing it all over again.”

Although he did appreciate Depp and that he’d acknowledged Wilder would be a tough act to follow, the older Willy Wonka was still not completely sold with the idea of the remake. According to him:

“Right now, the only thing that does take some of the edge off this for me is that Willy Wonka’s name isn’t in the title.”

A bunch of other Johnny Depp titles are available on Netflix and some are more appreciated than Charlie. To name a few: Donnie Brasco and Nightmare on Elm Street. However, they haven’t been as popular as Charlie and the Chocolate Factory yet.

On the other hand, while an actor’s movie is cracking the top 10 streaming list on Netflix, another actor is being boycotted. A petition has been doing rounds on the Internet, demanding that Amber Heard be removed from Aquaman 2 amidst the ongoing defamation trial.

Depp, the 58-year-old actor, is suing actress and ex-wife, Heard, the 36-year-old, over an article published in The Washington Post that talks about her experience as a survivor of domestic abuse.

Although the op-ed doesn’t mention Depp by name, his legal team argued that it suggested Depp was sexually and physically abusive towards her. Heard is countersuing him as well.

Amber Heard’s legal team called psychologist Dr. Spiegel to the stand. In his testimony, he claimed Depp “has behaviors that are consistent with someone who both have substance use disorder and behaviors of someone who is a perpetrator of intimate partner violence.”

Dr. Spiegel also told the court that he had requested to speak with Depp but wasn’t allowed to do so. That’s why he based his analysis on Depp’s testimony and from others.

Depp’s attorney, Wayne Dennison asked the psychologist what he “used as a baseline” for processing speed and analyzing Mr. Depp.

“At deposition, didn’t you say that what you did was compare Mr. Depp’s performance in lots of Pirate movies against his deposition testimony here?”

“What I said was I’ve seen Mr. Depp do apology ads… I’ve seen him interact with the media regarding to that, I saw no delay in processing speed.”

Upon being cornered by Dennison about his comments about analyzing Depp through the Pirates of the Caribbean movies, Dr. Spiegel replied:

“I apologize for what I said. I misspoke.”

He was then inquired about which of the Depp movies he has watched and countered with “Willy Wonka doesn’t matter to you? You see that movie, Charlie and the Chocolate Factory? Did you look at that one when you were comparing his processing speed?”

Dr. Spiegel seems to go speechless and smacks his lips before inquiring from the judge:

“Do I have to answer that question, Your Honor?”

The judge replied with: “You have to answer questions, yes sir.”

At which Dr. Spiegel then replied edgily: “No you’ll be happy to know I didn’t see Willy Wonka. I didn’t see 21 Jump Street when it happened. No I did not.”
Depp continued to gaze at Dr. Spiegel as he gave his testimony. He drew closer in his seat at one point while looking completely befuddled by the psychologist’s perplexing analysis. As Dr. Spiegel’s testimony continued, Depp placed his head in his hands out of frustration.

The psychologist can be seen losing his cool during his testimony, where he goes speechless upon being countered by Attorney Dennison:

#JohnnyDepp's lawyer asked the psychiatrist on #AmberHeard's team if he saw Depp in "Charlie and the Chocolate Factory" when comparing processing speed. @LawCrimeNetwork pic.twitter.com/B3WSQGHsT9

Stanford forensic psychiatrist Richard Shaw was invited to the stand, where he outright refuted the claims of psychologist Dr. David Spiegel that Depp carries narcissistic personality traits. According to Dr. Shaw since Spiegel hadn’t personally examined Depp, his assessment did not follow The American Psychiatric Association’s Goldwater Rule, which states:

It is unethical for a psychiatrist to offer a professional opinion unless he or she has conducted an examination and has been granted proper authorization for such a statement.

Dr. Shaw concluded that Dr. Spiegel’s assessment should not be taken into account as it is insufficient.

It was an ethics violation by Dr. David Spiegel to testify about Johnny Depp's psychological traits without evaluating him. Spiegel acknowledges the rule against giving opinions about people they have not evaluated but does it anyway. #JusticeForJohnnyDeep

Dr David Spiegel should not be allowed anywhere near a courtroom. Unbelievable he seemed to use #JohnnyDepp movie work and film characters to give his opinion instead of actually making a professional evaluation by talking to him.#DeppVHeardTrial #DeppvHeard #JusticeForJohnny

Meanwhile, Depp fans continued to make a mockery out of Heard’s witnesses:

Are you keeping up with the ongoing proceedings of the Amber Heard vs. Johnny Depp trial? Let us know your thoughts in the comment section below.