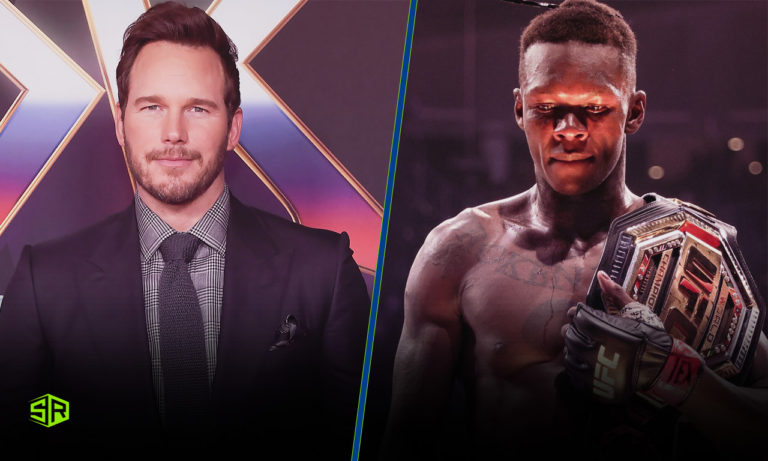 New Zealand’s MMA fighter Israel Adesanya fires back at Chris Pratt as the actor was critiquing the former’s performance at the UFC 276.

Although Adesanya channeled his Undertaker during an epic walk-out, he failed miserably to match the ongoing crazy drama as a routine decision took place in the Octagon for Saturday’s win against Jared Cannonier at the T-Mobile Arena, Las Vegas.

Pratt was Octagonside during the match and after the broadcast of the fight the actor told ESPN that he’s “not a fan, man.” 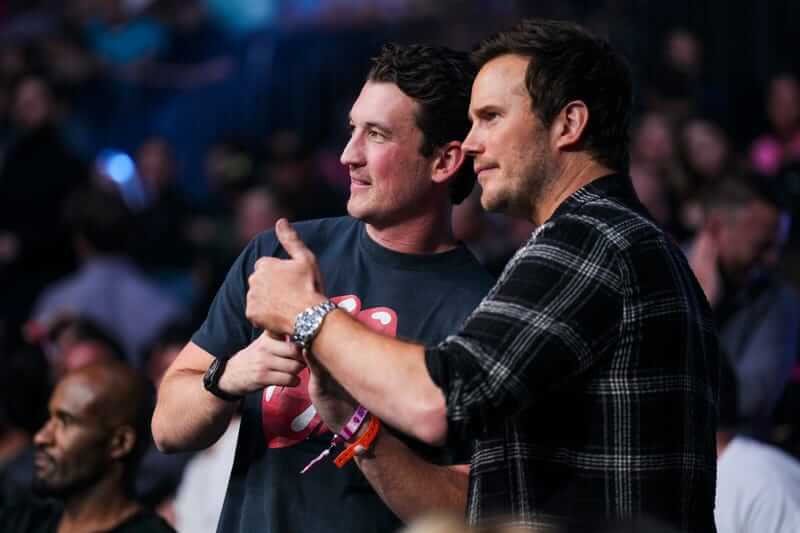 Chris Pratt was in the Octagon from the start of UFC 276.

I’m not a fan of coming out, like, all that talk and then just kind of putting on a little bit of a pitter-patter. I’m like, ‘Come on, man. Cash on that.’ You’ve got to cash on that promise of being so badass.

Pratt said although he knew Adesanya would win by decision, he was still “hoping to see Cannonier” take the belt home.

The MMA fighter shared a clip from Pratt’s movie Wanted, specifically the scene where James McAvoy smacks a tooth out of Pratt’s mouth using a computer keyboard.

Chris Pratt (@prattprattpratt) typed in a reply to the tweet apologizing for critiquing the MMA fighter and for momentarily being a hypocrite, “You’re right. I’ m sorry brutha”

You’re right. I’m sorry brutha. It bugs me when people criticize my work- having never themselves risked anything. It makes me a hypocrite to do exactly that to you. My bad. Keep on keeping on champ. 🙏🏻♥️

However, Adesanya wasn’t the only MMA fighter who was offended by Pratt’s criticism.

The former UFC heavyweight Brendan Schaub on his podcast addressed Pratt and told him:

“This is the first time you’re on national broadcast with the UFC and you take this opportunity to clown our boy Izzy?”

Adesanya has always been known for getting offended by criticisms. He even went off on the media members after a post-fight press conference attended by Insider on Saturday.

He shared a clip of himself addressing the media and captioned it, “Hi welcome to McDonald’s, can I take your order?”:

“Hi welcome to McDonalds, can I take your order?” 🍟 pic.twitter.com/Txb3vKPEHj

“You guys have a job to do, and I’m not criticizing you guys in particular — I kinda am, I kinda am,” Adesanya said.

He continued: “I appreciate you guys for what you do, but, not just for me, but for other fighters man, be mindful with your words. Be mindful with the way you clickbait. That shit is weak. That shot is weak.”

“Because I know how YouTube works now, and I know how these interviews work. Just be mindful, because I could do your job, but you can’t do mine. Just remember that. Thank you.”

In reply to Adesanya, Sameer Shafaat (@SameerShafaat) defended Pratt’s line of thought and told him that it was rude to respond like that:

Dude he was very respectful and gave a genuine criticism. You make the money you do because of the fans. This is just a rude response.

He had a point though. No one would have an issue with you if you just said”I’m here to defend my belt”because your a top fighter in the field. But when you promise a Silva Vs Griffen performance and you haven’t tried to finish a fight in two years you’re going to get criticized

Sabelo (@BassilSabelo) shared a clip from the MMA fighter’s match and told how the referee won’t be able to save the guy this time:

All those who make noise about the Pereira KO. Look at how Izzy battered him prior to that moment. The referee won't save him this time around. pic.twitter.com/VauvHJZAAf

Buffalo Phil (@BuffaloPhil_) said Chris Pratt criticized the MMA fighter in the nicest way possible and yet he took a beef with it:

In the past, James Gunn also came to the actor’s defense when the entire Twitter was calling for replacing Chris Pratt as ‘Star-Lord’ in Guardians of the Galaxy in the Marvel Cinematic Universe. When a fan requested the MCU director to replace him, the director shot back with:

“For what? Because of your made-up, utterly-false beliefs about him? For something that someone else told you about him that’s not true? Chris Pratt would never be replaced as Star-Lord but, if he ever was, we would all be going with him.”

Make sure to tune in to watch UFC X live on ESPN+ and if you don’t have access to ESPN+ here’s how you can watch UFC outside of the USA.

What are your thoughts about the heartfelt apology from Chris Pratt? Let us know in the comment section below.