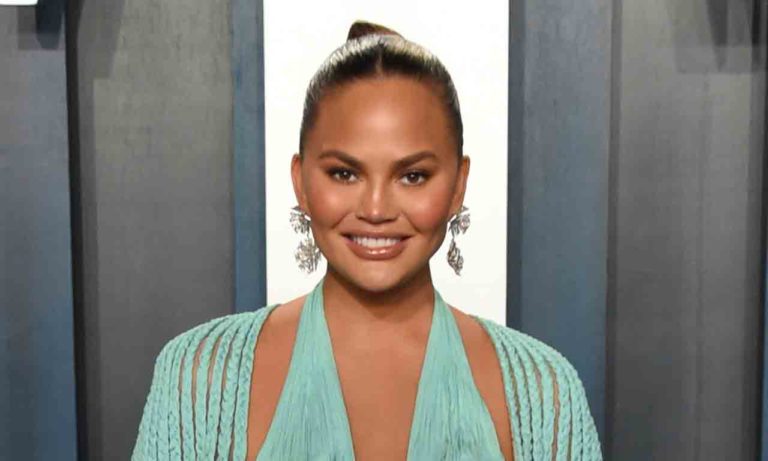 Chrissy Teigen said goodbye to her 10-year old Twitter account, as the social media platform was serving her “negativity.”

She tweeted a farewell message on her Twitter account and then deactivated it. The Twitterati went crazy after her sudden reaction. She expressed her emotions, writing that the social media platform “no longer serves me as positively as it serves me negatively, and I think that’s the right time to call something.”

“For over 10 years, you guys have been my world. I honestly owe so much to this world we have created here. I truly consider so many of you my actual friends,” Teigen tweeted.

“My life goal is to make people happy. The pain I feel when I don’t is too much for me. I’ve always been portrayed as the strong clap back girl, but I’m just not…” she continued.

“My desire to be liked and fear of pissing people off has made me somebody you didn’t sign up for and a different human than I started out here as! Live well, tweeters. Please know all I ever cared about was you!!”

The Backlash started when Chrissy collaborated with the Kardashians on a cleaning product line. Some people even called her “tone deaf” for collaborating with Kris Jenner. The model announced on Twitter that she and her good friend Kris Jenner had partnered together to start a new cleaning line.

Just after she tweeted the news, the social media broke out against her, bashing her on the collaboration with the Kardashians.

Chrissy Teigen was truly a light on this hellsite. A good person who made this last year a little less dreadful.

Every one of you that harassed her over her miscarriage, her story of being overcharged for a bottle of wine, and other petty nonsense should be ashamed of yourself. https://t.co/reAplRF8ib

People tweeted multiple memes and expressed their views on her departure. Some people supported her decision of staying away from negativity.

It’s good that Chrissy Teigen left Twitter. Not because I don’t like her. Because if this place makes you unhappy, you absolutely shouldn’t stay here. It’s not worth it.

Last year, the model announced via Twitter that she and her husband, John Legend, had suffered a miscarriage that garnered the social media audience and various celebrities’ mournings.

Also Read: Elliot Page Confesses He had to ‘Compromise’ his Real Gender to make it big in Hollywood

The American Model and TV personality made her debut as a model in the swimsuit issue in 2010 and later appeared on the 50th anniversary cover of the annual Sports Illustrated Swimsuit Issue in 2014. Teigen met the R&B singer John Legend in 2006 on the sets of his music video for “Stereo.” They later got married in 2013.