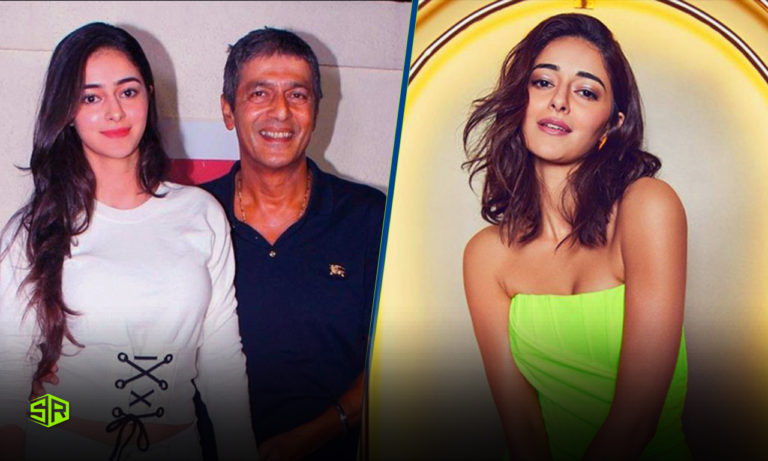 Veteran Bollywood star Chunky Panday heaped praise on his daughter Ananya Panday after the actress recently shared the sets of director-producer Karan Johar’s talk show Koffee With Karan Season 7. While recently talking in an interview, Panday responded to how astutely Ananya managed herself during her appearance on KWK.

He added that Ananya should “never lose” the value of honesty. Viewers had as well commended the “mature” response of Ananya to complicated situations and tricky questions on the show.

Ananya and her co-star Vijay Deverakonda were invited to a recent episode of Koffee With Karan Season 7, hosted by none other than Karan Johar. Both rising Bollywood prodigies will be seen for the first time on the big screen in their forthcoming movie Liger. The sports action flick is produced by Karan Johar and directed by Puri Jagannadh. Fans had also lauded Ananya Panday for raising her voice against sexism shown in Vijay’s super-hit Telugu romantic film Arjun Reddy in his presence.

Catch all the latest episodes of the show on Disney+ Hotstar, every Thursday at 7 pm. For fans in the US, here’s how  you can watch Koffee With Karan season 7.

Chunky, while conversing with Times of India, commented about Ananya stating,

I am feeling on top of the world. She carried herself so well in KWK (Koffee With Karan). I am very proud of her and feel that she should never lose that honesty in her.

During the show, Karan asked Ananya if she idolized the character of Arjun Reddy portrayed by Vijay Deverakonda in the movie of the same name. Ananya responded that she can’t stand the intimate relationship shown in the film.

Honestly I feel if people have come up to him (Vijay Deverakonda) then I’m sure there are people like that. I’m just not surrounded by those people. And I would not advise any of my friends to be okay with it. But, that’s just how I am.

Watch the video posted in a tweet here with the caption reading: “Brownie points for Ananya for saying this!👏🏻 #KoffeeWithKaran”

Previously, Ananya also came forward to act as the peace-monger between Karan Johar and filmstar Kartik Aaryan, who busted up two years ago. During the final round quiz of the show, Ananya and Vijay were asked by Karan to ping Bollywood celebrities and ask them to say, ‘Hey Karan it’s me.’ Ananya decided to reach out to Kartik and enlisted his help. He agreed to that and said, ‘Hey Karan it’s me’. Following the event, Karan expressed his gratitude to Kartik for joining the game.

Fans are taking it up on Twitter to praise Ananya on her interview in Koffee With Karan 7. One Twitterati wrote: “Ananya is such a fun, cool girl! Loved her vibe in today’s Koffee With Karan episode. #KoffeeWithKaran”

Ananya is such a fun, cool girl! Loved her vibe in today's Koffee With Karan episode. #KoffeeWithKaran

Another user posted: “Today’s Koffee With Karan episode with Ananya and Vijay was so good! #KoffeeWithKaran”

Today's Koffee With Karan episode with Ananya and Vijay was so good! #KoffeeWithKaran

The next marquee project of Ananya on the big screen is the movie Liger, which is slated for a box office release on August 25, 2022. The sports romance flick will release in different languages, including Hindi, Telugu, Tamil, Malayalam, and Kannada.

Another upcoming film of Ananya is Kho Gaye Hum Kahan by Arjun Varain Singh. The film features Adarsh Gourava and Siddhant Chaturvedi and is created by Arjun, in collaboration with Reema Kagit and Zoya Akhtar.

If you are also a Bollywood buff, don’t miss out on latest season of the show, up and running on Disney+ Hotstar in full swing. Fans are already in love with the latest episodes and guests appearing on the show. Do jump on the bandwagon and share your comments.