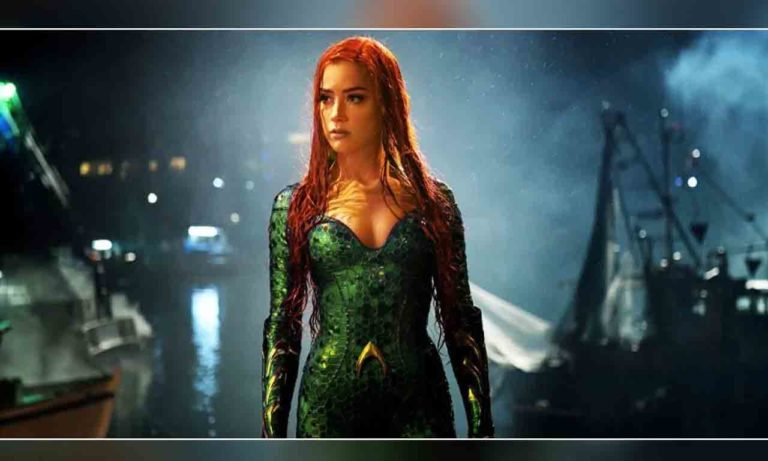 Rumors about Amber Heard being fired from DCEU’s Aquaman franchise have been laid to rest, and it turns out that she will continue to play Mera in Aquaman 2.

Yesterday, rumors of Amber heard’s removal from the franchise started circulating on social media from unverified pages and profiles. Even though this isn’t the first time that rumors regarding Amber Heard being fired have surfaced on social media, which is why it was hard to believe it in the first place.

The whole rumors game started ever since her feud with her ex-husband Johnny Depp went public. The quarrel of ex-lovers has grown to be quite ferocious as both of them have been blaming the other for being physically and verbally abusive.

However, despite the case yet to be decided, Johnny Depp has been facing the heat. Last year Depp was laid off from the Warner Bros.’ Fantastic Beasts franchise, which caused a great uproar among his fans. Not only this, but his chances of returning to the Pirates of the Caribbean have also shrunk.

After witnessing it all happening to Depp, fans have raised questions about why Amber Heard is not sharing the same fate as Depp.

The rumors about Heard’s removal from the DCEU have were laid to rest by Ryan Parker, the THR staff writer. He took it to Twitter to debunk this rumor for good::

Told by a reliable source that reports of Amber Heard being fired off ‘Aquaman 2’ are inaccurate.

So, as it turns out, Amber Heard will be playing Mera in the upcoming Aquaman 2, releasing in December 2022, and we’ll also get to see her in Zack Snyder’s Justice League next month. Johnny Depp’s fans will surely be displeased with this news while the fans, on the other hand, will be more than pleased.

The authenticity of the rumor was already questionable because it stemmed from unverified sources. Ever since the Depp and Heard’s fiasco started, such rumors have been surfacing on and off. This very rumor may surely be something that all Depp’s fans want to happen.

In fact, Depp’s fans started a petition online for Amber Heard’s removal from DCEU’s Aquaman franchise last year, and so far, more than one million people have signed it. This gives us a clear idea of how much hatred they have for Amber Heard.

We can make no speculations right now, but some serious developments are definitely expected as things are going. We will keep you updated with all the developments n this regard.