Johnny Depp Wins the $50 Million Defamation Case, Does Amber Heard Have the Money Though? 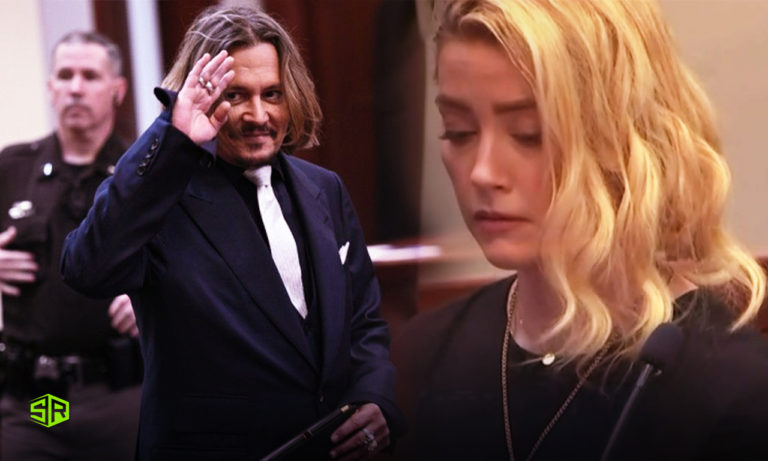 On Wednesday, Fairfax County court gave the ruling unanimously in favor of Johnny Depp on all three counts brought forward by his legal team. The actor alleged his ex-wife Amber Heard defamed him in an op-ed written by her in 2018. The court ordered Heard to pay $15 million in compensation, whereas Depp will be paying $2 million for the countersuit.

Despite earning millions through her roles in TV and movies: Aquaman & Aquaman 2, Heard’s wealth as of now is undetermined. After her divorce from Depp in 2016, she had also received a settlement of $7 million, which she pledged she’ll be donating to charities like the American Civil Liberties Union. During the trial, it was revealed she didn’t pay the whole amount which she pledged, apparently due to the defamation lawsuit.

According to Newsweek, the testimony by Heard suggested her career was at a standstill due to her ongoing legal battle with Depp. Many are curious to know whether Heard’s pockets are deep enough to cover the damages, $10 million in compensatory damages and $5 million in punitive damages, a total of $15 million. Although the punitive damages were reduced to $350,000 due to Virginia’s cap on such awards.

According to Attorney Sandra Spurgeon of Spurgeon Law Group in Lexington, Kentucky: Heard can appeal the verdict, but there’s no way she can get out of paying the $10.35 damages, plus interest, as the appeal proceeds.

For an individual who doesn’t have the ability to pay the judgment and no ability to post the bond, then there is a real issue if the winning party intends to execute the judgment.

On the other hand, the jury ordered Depp to pay $2 million in compensatory damages to Heard. Depp has earned more than $650 million in the past 13 years, as per Hollywood Reporter. An agent and a former manager testified about Depp’s spending. Such as $300,000 a month on a full-time staff was the only expense in his wealth for a long time.

In her statement on Twitter, Amber Heard didn’t address the financial terms of the verdict but stated how she was “disappointed” by jury’s verdict.

Let’s have a look at Heard’s options following the decision:

Just as Attorney Spurgeon stated, Heard can appeal the verdict in the hopes of receiving a more favorable judgement and a reduction in the payment. However, in the meanwhile, she’d have to post a bond for the entire $10.35 million damages, which may or may not be feasible for Heard.

Not enough money? Accounts can be seized

In case, Heard decides not to appeal but doesn’t have the money to pay either, she may very likely put her entire existing wealth and future earnings in jeopardy, according to legal experts.

“The question is if she says, ‘Look, I don’t have it. It’s not there — you can look in my bank accounts,’ then we can talk about things like garnishing her wages.”

“That’s not an unusual situation where somebody says, ‘I don’t have — I can’t fulfill this,’ and so I certainly think because she has earning potential.”

Heard can also file for bankruptcy, which would get rid of the $10 million compensatory charges, however, she’d be still liable to pay the remaining $350,000 punitive damages as they can’t be relieved even during bankruptcy.

Depp could decide to waive the judgment

One of Heard’s last options is if Depp waives off the judgment by not executing it, according to Spurgeon. Heard can also negotiate with Depp for a lower dollar figure. As far as the charges are concerned,

She said: “He’s in the driver’s seat right now.”

Whether Depp intends to pursue the monetary judgement against Heard or not, no one really knows. After the verdict, the actor thanked the people profusely for siding with him. He wrote his “goal of bringing this case was to reveal the truth, regardless of the outcome.” And also added, “I feel at peace knowing I have finally accomplished that.”

Shortly after the verdict was announced, Ashley Benson shared a photo of Depp wearing sunglasses and waving and captioned it, “YESSSSS” with multiple black heart emojis. She also shared Depp’s statement on her Instagram story.

Laurie Holden who’s playing the Crimson Countess in season 3 of “The Boys” and also starred in “The Walking Dead” had nothing but praises for the verdict:

Today justice was served. The verdict of the jury sent a message to the world that abuse has no gender and that facts actually do matter. #TruthWins

Greg Ellis, Lieutenant Commander Groves from the “Pirates of the Caribbean” franchise supported his former costar:

Prior to the verdict announcement, Depp could be seen serenading fans at a Jeff Beck’s concert in England. Clearly, he was not in the least worried about the impending verdict, knowing he was telling the truth all along. On the other hand, Heard finds herself amid another controversy as more than $4 million fans demand that she be ousted from Aquaman 2.

Let us know what you think about the Jury’s verdict. What do you think will happen next? Are you looking forward to Johnny’s comeback on the big screen? Share your thoughts in the comments below.